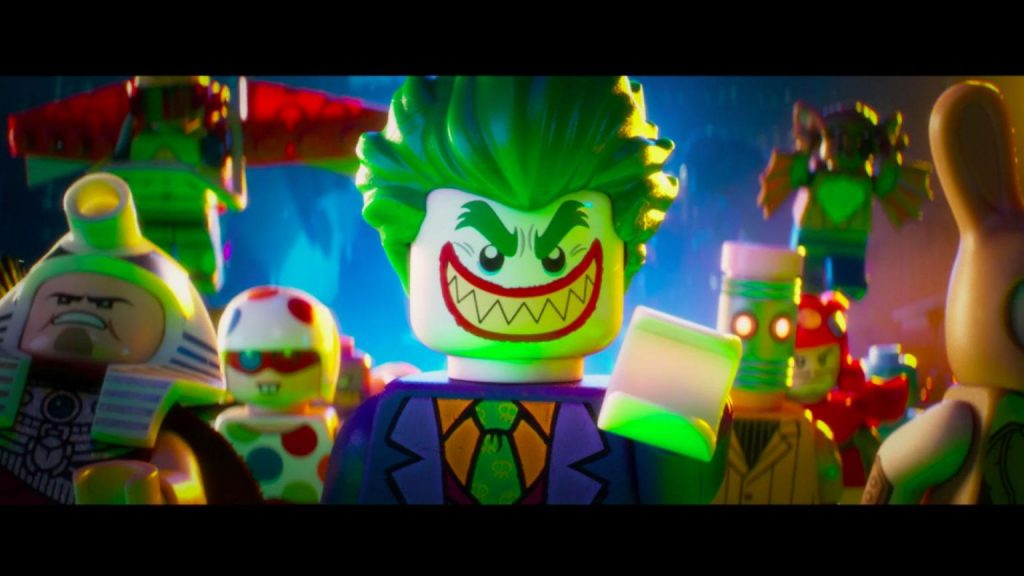 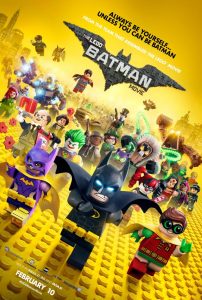 I saw The Lego Movie for the first time back in 2014 at a 3D screening, and I didn’t much enjoy it. I recognized its cleverness, but couldn’t see past the hyper-caffeinated pace and editing, compounded by the headache-inducing 3D visuals. I did wind up seeing it a second time—I think on an airplane in eyeball-comforting 2D—and enjoyed it a lot more. It was good enough that it expunged the cynicism around it being simply a cinematic vehicle for selling toys… something even I accused it of, originally.

Finally catching up with The Lego Batman Movie in cinemas, my cinepanion and I went out of our way to see it in 2D, figuring it would give us a much better chance of enjoying this spin-off/sequel. It didn’t help. The film is an irritating bore and totally cynical. It’s the quintessential TV toy commercial stretched to feature length, far less creative than its predecessor.

The Lego Movie was written and directed by the brilliant Phil Lord and Christopher Miller—who are only involved here as producers—and their project had catchy songs, a broad canvas of original characters, and a great third-act twist. This time we get Batman (voiced by Will Arnett) front and centre, and he’s so much less interesting when expected to carry the movie. He’s painfully shallow and self-centred—which was passably funny in The Lego Movie in support—but here it’s as if the playboy pose of Bruce Wayne has been adopted as Batman’s true character. Naturally, he’s going to have to learn the lesson that family and teamwork are the most important things in life, even for The Caped Crusader… simply the most hackneyed, tired kiddie-movie theme OF ALL TIME. 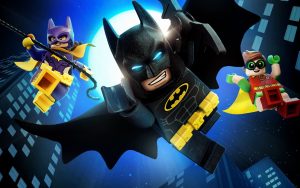 It’s also the anathema of what Batman is all about. Batman’s tragedy is he does end up alone, he can’t be too close to anyone. In the comics, more than one Robin has died while learning that character flaw, while others have quit. Maybe there’s some comedy to be had from playing with this element of who he is, but the script of The Lego Batman Movie is a barren place where laughs can find no purchase.

The film has a little fun poking at the history of Batman onscreen, but mostly it’s just a cavalcade of toys and Lego figures, including practically every Batman villain, even the lamest, comedic ones like The Condiment King, introduced in machine-gun montages that I’m sure would be like a drill in the cerebellum if viewed in 3D. Batman’s massive Batcave just allows for a bigger collection of appliances, vehicles, and costumes than ever were dreamed of in the comics. But you can bet they’re available in Lego kits at your local toy store. 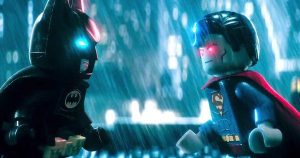 The story, such as it is, has the playful, nonthreatening Joker (voiced by Zach Galifianakis) manipulating Batman’s delicate ego, resulting in the release of monsters from the Kryptonian Phantom Zone—including Voldemort, Sauron’s flaming eye tower, King Kong, and “British robots,” (actually Daleks)—to take over Gotham City. It’s an entirely calculated way for Lego, now the world’s largest toy company, to show off all their licensed brands, all while Batman gets schooled by an annoying new Robin (voiced by Michael Cera), the new commissioner Barbara Gordon (voiced by Rosario Dawson), and Alfred Pennyworth (voiced by Ralph Fiennes) on what trust and family really mean. Excuse me, I’m having trouble keeping my dinner down.

And, finally, why would the producers of this film hire Fiennes to voice Alfred, but then get Eddie Izzard to voice Voldemort? Of all the waste on display here, that’s the most perverse.