In an effort to keep up to date with films now available on platforms aside from the big screen, I had a look at the past few weeks of new releases on Canadian Netflix and I’ve got a few films for you to consider when you’re looking to chill. (You can click on the movie titles to read my original reviews where available.)

For me, Netflix is a go-to usually to watch films I’ve already seen or to give the odd TV series a try, but every once in awhile features show up I’d heard of that weren’t released locally. For example, the Korean horror/thriller-on-rails Train To Busan is now on Netflix, and I can’t wait to see it. I’ve heard great things. And more than one cinephile friend has recommended to me I Don’t Feel at Home in This World Anymore, the feature by Macon Blair, actor/director and frequent collaborator of Jeremy Saulnier, the filmmaker responsible for Green Room and Blue Ruin. And then there’s Roger Corman’s Death Race 2050, a reboot of the filmmaker’s classic Death Race 2000. It’s got to be better than that Jason Statham remake.

Here are a few others I have seen that are new to Netflix. I mildly or majorly recommend them all. 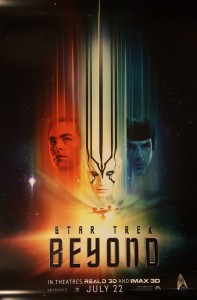 I was cautious going in to this new Star Trek movie, given how infuriated I was by the last one—the abysmal Star Trek Into Darkness—but the 2016 Star Trek movie was a passable popcorn movie. It has enough self-contained fun to please, even while I recognize this franchise isn’t much more than refried nostalgia. I’m keeping my fingers crossed for the forthcoming return of Trek to TV, where it’s always been at its best. 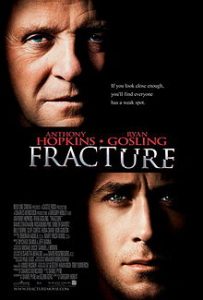 A twisted little murder mystery of the sort we don’t see too much of these days, at least not as often as I’d like. Anthony Hopkins plays a wealthy engineer who attempts to murder his cheating spouse (Embeth Davidtz). Turns out she was having an affair with the arresting officer, which deeply complicates the trial and the case of the District Attorney, played by a wonderfully cocky Ryan Gosling. An entertaining little time-waster, Fracture proves that even 10 years ago Gosling had the full leading-man chops required to carry a feature like this. Also excellent in the film is the formidable Rosamund Pike, who, despite the success of Gone Girl, hasn’t really become a Hollywood star. She certainly could, but clearly would rather do smaller films, like A United Kingdom, in cinemas now. 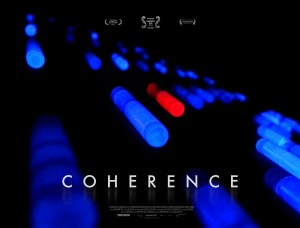 A very clever little science fiction picture, about a group of people at a party who start to suspect there’s been some kind of dimensional schism, with duplicates of themselves partying just up the road. Writer-director James Ward Byrkit does a great job of keeping the proceedings weird and unnerving, but unfortunately the characters don’t really manifest beyond tools of the plot. Still, a good choice for a midnight movie.

The Diving Bell and the Butterfly (2007) 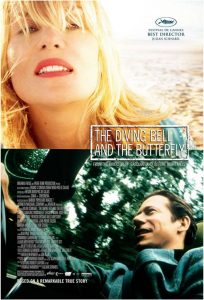 A delicate, gorgeous, and deeply sad, true story of magazine editor Jean-Dominique Bauby, who, following a stroke, was “locked in,” completely paralyzed, except for some movement in his eye, through which he learned to communicate. The film depicts this terrifying health crisis with a lot of realism, with major credit to director Julian Schnabel and lead Mathieu Amalric. When I think of this film, I think of strength and I think of poetry. It somehow carves out hope from the most debilitating circumstances. 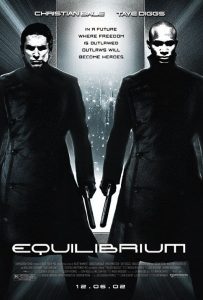 Remember when Christian Bale was best known for having been the kid in Steven Spielberg’s The Empire Of The Sun? He took awhile to find adult stardom, though American Psycho in 2000 helped. This was his little detour into science fiction action pictures, a Matrix– and Gattaca-influenced thriller where Bale plays a law-enforcer in a society where human emotion and creativity is outlawed. A violent, solidly entertaining genre picture if you don’t take it too seriously. 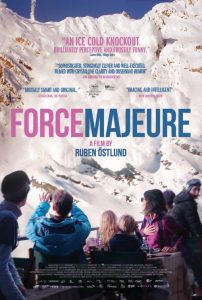 Ruben Östlund’s dark comedy cuts deeply and mercilessly into masculine myths. It’s a terrific film, perfectly poised in tone and script. A Swedish family goes on a ski vacation, and when they’re threatened by an avalanche, the father runs without trying to save his spouse or kids. That’s the inciting incident, and it haunts the rest of the film and everyone in it. It’s the kind of examination that you’d rarely if ever see in American film. Great stuff. 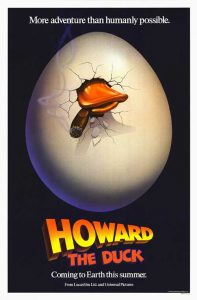 If you were one of the people confused by who that talking duck was in the post-credit scene in Guardians of the Galaxy, this will answer all your questions. One of Marvel’s few comedic comic heroes, Steve Gerber’s irascible waterfowl got his own Marvel movie long before superhero movies were really a thing and it was… a total box office and critical disaster. But for ’80s kitsch value and Lea Thompson completists, there are things to enjoy here. 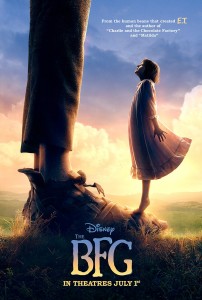 Steven Spielberg’s Roald Dahl adaptation was a casualty of the summer blockbuster season of 2016, but it didn’t deserve to be. A grand scale children’s adventure, it has that unique sense of wonder Spielberg brings to his fantasy pictures. It unfolds at a pace that kids used to Lego movies will find challenging, but it’s dazzling nonetheless. 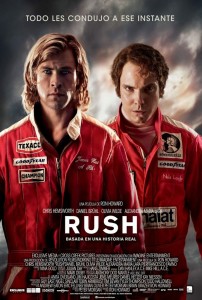 I’ve given Ron Howard a lot of crap through the years for his body of middling work, but full credit where it’s due: Rush remains one of the best movies about auto-racing ever made. It communicates the genuine thrill of high speed combat, the power of the machines, and the egos of the people who drive them. It also provides Chris Hemsworth with his best non-hammer-swinging role to date, and Daniel Brühl finds a perfect balance of sympathy and antipathy as his nemesis. It deftly manages to switch your allegiances from one driver to the other and back again. By the end both are the heroes of the story.