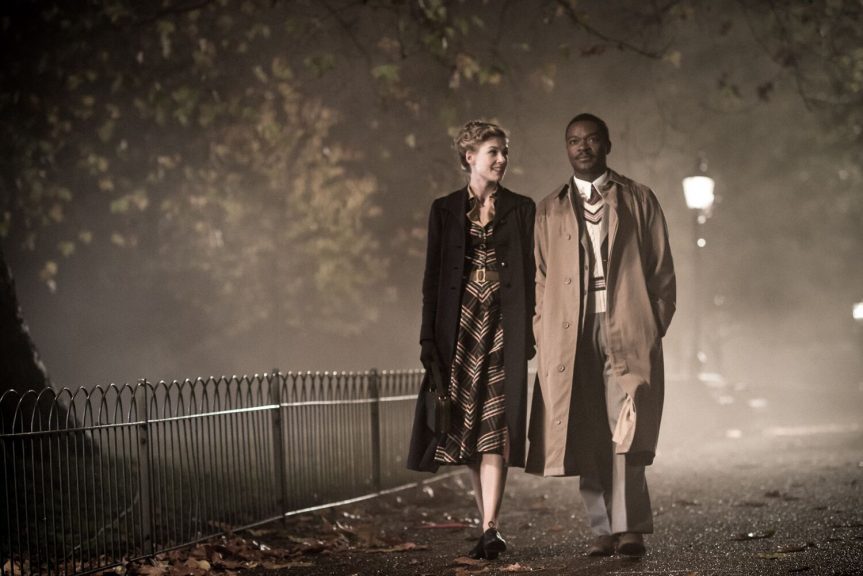 Directed by Amma Asante | Written by Guy Hibbert, from a book by Susan Williams | 111 min | Crave Plus and On Demand 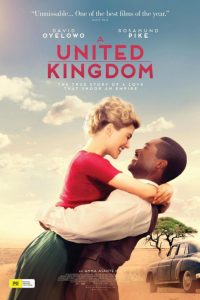 A post-war historical drama about how Bechuanaland, the British protectorate, shrugged off the colonial oppression of the Empire and eventually become the Republic of Botswana. If that sounds a bit dry, don’t worry—at its heart it’s a love story between the African nation’s heir apparent, Seretse Khama (David Oyelowo), and a British woman named Ruth Williams (Rosamund Pike).

They meet in London where Khama is studying law and Williams works in a typing pool.  In one another they find a great dancing partner, and before long they’ve got that deep, limpid look in their eyes suggesting love in these chaste times (and movies). This doesn’t enthuse Williams’ sister or racist parents, who throw her out. It gets much worse when the interracial couple marry—Bechuanaland is directly adjacent to South Africa, which is just instituting a policy of apartheid, and it’s in Britain’s best interest not to piss them off, which the union of a white woman and the country’s King would certainly do. 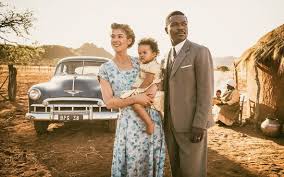 Cue a lot of uncomfortable conversations with prissy English bureaucrats—including ones played by Tom Felton and Jack Davenport—as well as members of Khama’s family—played by Terry Pheto and Vusi Kunene—who aren’t terribly welcoming of the new queen when Seretse brings her back home.

Asante has cast well—Oyelowo is good with the big emotions when he needs to be, and as he showed in Selma he compels as a leader who carries heavily the responsibility for his people, but not to the exception of his commitment to his wife. I prefer Pike when she delivers a little more haughty edge—Gone Girl, Fugitive Pieces, and Fracture, for example. Here she gets to play devotion and good-hearted confusion and precious little else, but she’s still never less than watchable. 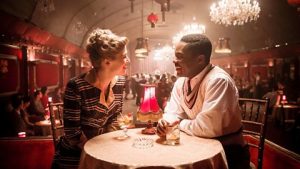 Otherwise, Asante takes too few risks as a storyteller, relying on cliched vaseline-on-the-lens visuals for 1940s London and a terracotta palate for southern Africa. The aerial shots are impressive, but it’s nothing we haven’t seen before. It makes for some sludgy going when the couple gets stymied by the whims of politicians and there’s very little of interest to look at. 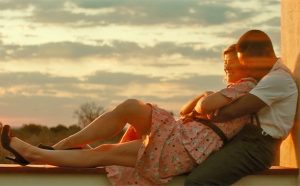 At least there are the winning leads—together, they’re the best reasons to see this, along with some sharp historical detail.