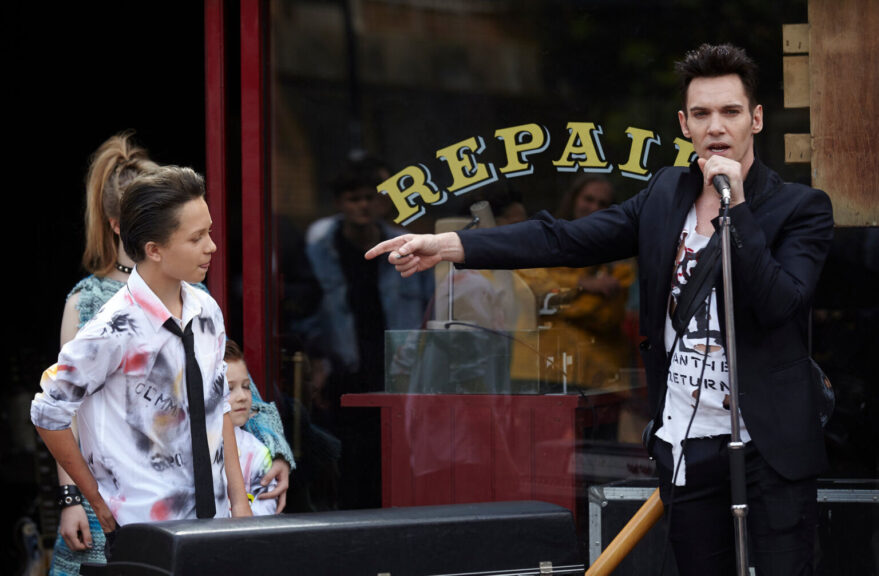 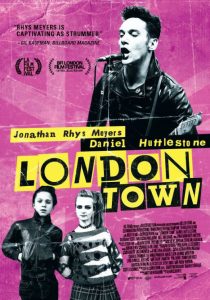 Directed by Derrick Borte | Written by Matt Brown, based on the screenplay Untitled Joe Strummer Project by Sonya Gildea and Kirsten Sheridan | 92 min | iTunes and VOD

Shay Baker (Daniel Huttlestone) is a 14-year-old living in ’70s Wanstead, an East London suburb. Dad Nick (Dougray Scott) moves pianos for a living, though he used to be a musician. Shay’s got the love of music in him, too, and when he meets teen punk Vivian (Nell Williams) he starts to plug into the scene and its reigning kings, The Clash, admiring lead singer Joe Strummer (a convincing if slightly too hunky Jonathan Rhys Meyers). But Nick takes a spill down some stairs and all of a sudden Shay’s got to be a father to his little sister, Alice (Anya McKenna-Bruce) manage the business, and track down his missing mother, Sandrine (Natascha McElhone).

On the face of it, the film arrives without much pizazz, setting a tone that’s way too conventional, sentimental, and absent the kind of grit you’d expect given the era it depicts. Consider other, ballsier efforts such as  The Spectacular Now, Sing Street, or Bruce McDonald’s Weirdos, all of which London Town lightly resembles in its intersections with youth, music, and unreliable parental units.

But the young actors, Huttlestone, Williams, and McKenna-Bruce, are all winning presences, which helps cut the saccharine a little. It is interesting how the cultural milieu the film depicts feels frighteningly current, the rising white power movement and the out-of-touch conservative oligarchy making bad decisions, All we’re missing in 2017 is a tuned-in music revolution to fire against it. Where are you when we need you, Joe?

Alice Through The Looking Glass 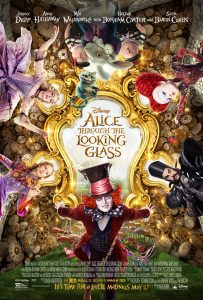 Following Tim Burton’s bland but highly profitable imagining of Alice In Wonderland, a sequel was inevitable if not actually welcome. Alice Through The Looking Glass, borrowing not much more than the name from the book, came and went in cinemas, but it’s in fact a fair bit better than the first movie.

When we meet Alice Kingsleigh (Mia Wasikowska), she’s the captain of her father’s ship. Returning to London, she finds her birthright is threatened by bureaucracy and the decisions of her mother (Lindsay Duncan). But before she can do much about it she’s drawn through a mirror into that familiar, colourful fantasy world filled with cheshire cats (voiced by Stephen Fry), butterflies (Alan Rickman), and bloodhounds (Timothy Spall). The problem is the Mad Hatter (Johnny Depp), who’s lost his spark since he lost his family, prompting Alice to steal a time machine—very much like HG Wells’ The Time Machine—from Time himself (Sacha Baron Cohen, rocking a Werner Herzog-ian German accent) so she can go back in time to save the Hatter’s kin.

The convolutions of the plot make little-to-no sense, and the heavy CGI at times seems like just so much gooey animation. Add to this another of Depp’s costume-and-make-up masquerading as a performance roles, and you’d think this second trip to Wonderland would be as dull as the first.

But there’s a playfulness here that manages to make the proceedings feel just a little magical, a bit of old-fashioned Saturday morning fantasy distraction. It helps when the performers are as reliable as these, especially Wasikowska, Cohen, and MVP Helena Bonham Carter as the Red Queen, the best thing in the movie. And there’s that exploration of the nature of time, more of a steampunk quality to some of the production, all of which makes for an entertaining, if entirely undemanding, movie. 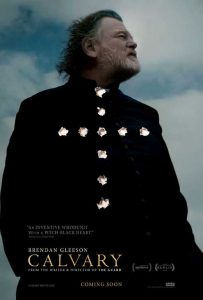 The low-key fun of McDonagh’s previous film, The Guard, didn’t quite prepare me for the near-masterpiece that is Calvary. This is a picture that works well on every level.

Starting with the look of the thing; Brendan Gleeson’s Father James is often seen striding around the Irish hamlet of Sligo in his buttoned robes, his considerable girth a black mass against white walls, gorgeous fields, hills, and long, flat beaches. He’s an anchoring presence in this town, whatever you might think of the Church. And that’s what the film is ultimately about—the faults of institutional religion don’t always reside in its every representative. Should he, however, be responsible anyway? This is the great thing about Father James, and Gleeson’s performance: You believe that at every moment he is prepared to give his life to his faith for the people in this town, even when he doesn’t very much like them. It’s my favourite performance from Gleeson, and a genuine mystery why it didn’t earn more attention from, say, the Academy. 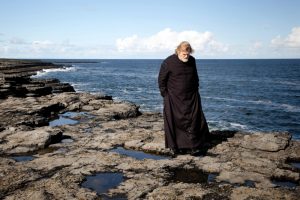 McDonagh sets the stakes early: In the opening shot we’re in the confessional, and a male voice threatens Father James’ life; even though he’s an innocent, he should pay for the crimes of a child-abusing priest. Then we meet the supporting cast, the various townsfolk, many of whom could be the mystery threatener, including a cynical doctor played by Aiden Gillan, despondent millionaire Dylan Moran, aging writer M. Emmet Walsh, cuckolded husband Chris O’Dowd, imprisoned killer Domnhall Gleeson, and taciturn mechanic Isaach De Bankolé. The women in Father James’ orbit include his daughter, managing the aftermath of a suicide attempt, played by Kelly Reilly, a local femme fatale, Orla O’Rourke, and a bereaved French tourist, Marie-Josée Croze. The film’s picaresque structure, as Father James goes about his rounds with these various characters, is no detriment to its power and grace. All these characters manifest as vividly as the next, and the possibility of violence, with Father James acting as a detective, makes this film the strangest, most delightful daylight noir ever—a dark tale spiked with a lot of laughs, courtesy of McDonagh’s excellent script.

I should also mention the music: every song is well-chosen, but a definite highlight is the placement and usage of Roger Whittaker’s “New World In The Morning.” 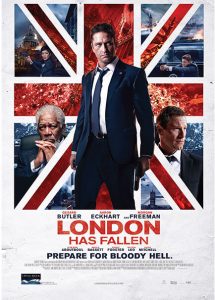 I don’t  know why I watched this. It’s the sequel to an abysmal movie with reviews that weren’t exactly glowing. Halfway in I was hate-watching it, amusing myself with how much of the tin-eared dialogue I could predict.

Once again Gerry Butler is Mike Banning, growling in his weird not-quite-American accent, which he particularly struggles to hold when speaking with a fellow Scot—listen for that. He’s the personal security detail to the American president (Aaron Eckhart) who he accompanies to London for the funeral of the British Prime Minister, along with a number of other world leader stereotypes. Everything goes to hell when a terrorist with a beef infiltrates the British police and intelligence community, killing dozens and demolishing a number of prominent landmarks. Makes the Brits look particularly bad, this one.

But not as bad the the makers of this film. This is the kind of movie where not only do cities get a digital title card but so do most of the characters. We don’t have time to get to know them, they’re pretty much just their jobs. Naturally, Banning’s wife (Radha Mitchell) is pregnant, giving something for him to live for… just being married I guess isn’t quite enough. And if the lame-as-hell CGI isn’t enough to sour the movie for you, the xenophobic and homophobic gags will probably do the trick. Meanwhile, Morgan Freeman, Angela Bassett, Jackie Earle Haley, Robert Forster, and Melissa Leo cash cheques.

For those desperate for some explosions, there may be just enough boilerplate/FPS-style action to keep you engaged. Or if you like watching a guy stab people repeatedly for the sheer, brutal joy of it.