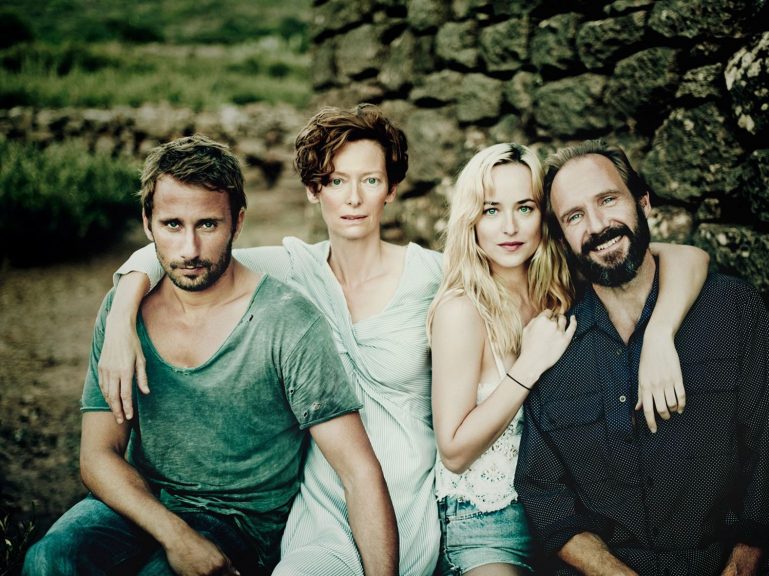 In an effort to keep you, good reader, up to date with films now available on platforms aside from the big screen, I had a look at the past few weeks of new releases on Canadian Netflix and I’ve got a few films for you to consider. (You can click on the movie titles to read my original reviews where available.) Steven Spielberg’s World War II epic is well worth a revisit, if only for the reminder that it hasn’t been bettered in the 19 years since its release. The framing device—set in the present day—is still the most tiresome thing about it, but the story of a mismatched group of American soldiers on the hunt for one solitary grunt deep behind enemy lines does everything a great war picture should, including the bravura, terrifying opening on Omaha Beach. It’ll be interesting to see whether Christopher Nolan’s Dunkirk, opening in the summer of 2017, compares favourably. A terrific-looking thriller, adapting a John Le Carré novel, about a heartbroken British diplomat in Kenya whose activist wife (Weisz) has been murdered. Turns out she was investigating big pharma and had evidence that they were testing drugs on the African populace with dangerous side effects, but hiding those results in order to avoid further expensive development and get the drug to the market. This is a great movie, one with a genuinely tragic love affair at its core, and its message about corrupt corporations taking advantage of the impoverished is bitter and brutal. Probably accurate, too. A film for those who appreciate both Paris and domestic dramas. An older British couple, Meg and Nick (Lindsay Duncan and Jim Broadbent), attempt to save their failing marriage by visiting the site of their honeymoon—it took place so many years before on the banks of the Seine. It’s quite a melancholy brew, but this film is a must for fans of Jeff Goldblum. His character here, Morgan, is a completely smug prick, but because he’s played by the forever youthful Goldblum he’s somehow charming. A middle-aged professor from Switzerland travels to Lisbon to investigate the history of a writer and a book of poetry. If you like travelogues and deeply literary films, there’s quite a bit to enjoy here, especially with this top-notch European cast: Jeremy Irons, Charlotte Rampling, Melanie Laurent, Martina Gedeck, Bruno Ganz, and Lena Olin. A Patricia Highsmith adaptation that shares a few elements with her best known book-to-film translation, The Talented Mr Ripley.  An American couple with a secret, the MacFarlands (Viggo Mortensen and Kirsten Dunst),  travel through Greece in the early ’60s when they come across a hustler played by Oscar Isaac. All of this is handled with a fair amount of linen-swaddled style by director Hossein Amini, and though it’s a little lacking in suspense,  if you’re looking for a visit to the sunny Aegean in the depths of winter, you could do worse than to dial this one up. In the 25 years since the release of Michael Mann’s romantic epic its reputation has only grown. I revisit it every second year, at least, and it always satisfies as what it is, a historical drama that’s paced and designed like a thriller. The scene in the glade where the Huron warriors, led by the terrifying Magua (Wes Studi), attack the British troops, is one the best examples of hand-to-hand fighting choreography and action editing I can think of.  Mann is a filmmaker who’s never had a problem mucking with his films, editing them after the fact and releasing different editions. Last Of The Mohicans has three separate versions: the Theatrical Cut—which I’m not even sure is available anymore on any platform—the Director’s Expanded Edition, where Mann cut a few moments but added material to other scenes, and the Director’s Definitive Cut, which is closer to the original theatrical edition—in 2010 Mann basically went back in and returned the film to a version much closer to the original theatrical cut. The version here on Netflix is that (probably final) version. Though my favourite is still the original I saw in cinemas back in ’92, the Expanded Edition has a longer film-closing monologue from Chingachgook (Russell Means) that I appreciate. This final version returns the Clannad song to the film, “I Will Find You,” which is essential. Liam Neeson has said his career as an aging action hero is complete—there’ll be no more Taken sequels from him, for which I think we’re all thankful. While he was making these kinds of movies, Run All Night came and went without much fanfare, but I think it’s a terrific noirish action drama, gritty and violent, if you like that kind of thing. If you recently took in John Wick: Chapter Two and are looking for more of the same, also starring Common as an antagonist, this is for you. Another sunny, Mediterranean locale picture for those suffering from the winter blues, this is the story of a rock star (played by Tilda Swinton) vacationing with her boyfriend (Matthias Schoenaerts) on the rocky Italian island of Pantelleria when her ex (Ralph Fiennes in fine form) shows up with his daughter (Dakota Johnson) in tow. It’s a fun, trashy picture, one that doesn’t quite commit to the generational awkwardness that it teases, but still offers a pleasant enough distraction. Six years later the first appearance of Steve Rogers still feels pretty fresh, thanks mostly to the casting—can we all agree now that Chris Evans has made this role his own?—and that it’s mostly a period drama, a superhero movie doubling as a World War II picture. It has a lot of charm, even though, like a few Marvel movies, it loses its way toward the end. There’s no denying this film has to be the most inoffensive, middlebrow Oscar winner of the past few years, and that itself makes it feel kind of offensive. But to focus on that aspect is to ignore something else: the picture is a total charmer, a wonderfully toned relationship movie in an era where a leader needed to be able to express himself with tact and skill in order to inspire his people. Remember those good old days? And for anyone who enjoyed the recent Netflix series The Crown, this is an excellent companion piece.