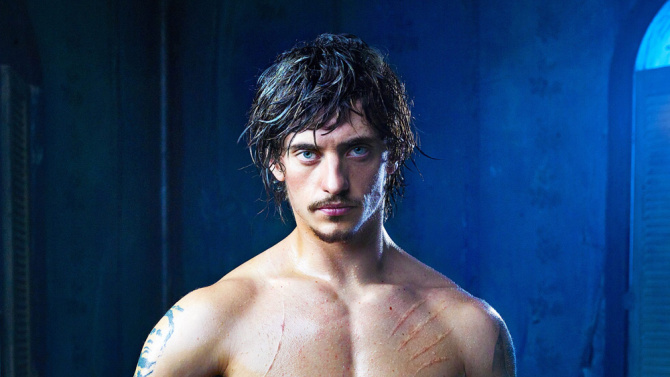 As I write this, I’ve discovered that Jackie is ending its run at Park Lane. It lasted a single week, while Manchester By The Sea still cruises on at The Oxford after 10 weeks. What is this world we’re living in?

You’ll find two screenings at Carbon Arc on Friday night of the feature Tanna, at 7pm and 9pm. It’s one of the five films nominated for Best Foreign Language picture, a sort of Romeo and Juliet story set in Vanuatu in the South Pacific. Go here for more details. Given the snow of the past 24 hours, a visit to the tropics sounds pretty damn good.

Dancer is a documentary by Steven Cantor, the filmmaker behind Chasing Tyson and loudQUIETloud: A Film About Pixies. This new film is about Sergei Polunin, the Ukrainian-born ballet star who became the British National Ballet’s youngest ever principal at the age of 19. He was also the ballet world’s enfant terrible, a tattooed Baryshnikov acclaimed for his talent but who attracted controversy with his attitude and hard-partying ways. At 22 he quit suddenly and headed to Moscow, but more recently he’s made a return to the spotlight—you might recognize him from the Hozier video for “Take Me To Church.” 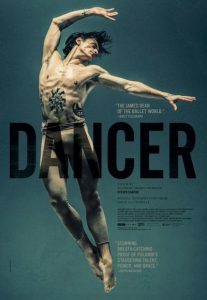 The documentary charts his life from its beginnings, the dance prodigy in Kiev whose family sacrificed for this dream—his father and grandmother both moved away to find work elsewhere in Europe in order to afford to send Sergei to an expensive dance school. The proof of his ability is in the surfeit of astonishing on-stage footage—even a layperson can see this guy has only a passing relationship with gravity. But the film also takes a look at how being spectacularly gifted can be a burden, a singular focus that can take as much as it gives.

A far more welcome sequel is John Wick: Chapter 2, The first Keanu Reeves actioner was a total blast. This trailer suggests we’re getting a lot more of the same, and I’m all for that.

I recognized The Lego Movie was a clever feature-length commercial for toys, though its frenetic energy was no fun in 3D. The Lego Batman Movie sees the toymakers doubling down on their licensing deal. It’s impressive that the Batman brand can survive this jokey approach just as they’re rebuilding it with Ben Affleck, but maybe, these days, the caped crusader is simply bulletproof.

We get a fresh film in Hindi on a weekly basis of late, which is a fine thing. This new one is called Jolly LLb 2, and it is a sequel to a film I don’t think opened here, a courtroom drama, and satire of the Indian legal system. Sounds a little like Court.

And don’t forget, if you’re looking for a suitable Valentine’s Day film for you and your honey, check out the #ValentineMovies link on the top of the page.