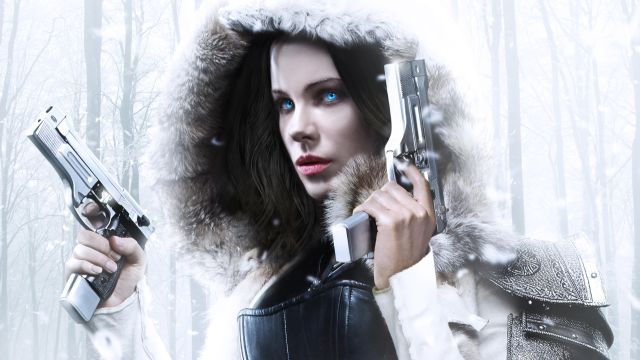 A Monster Calls is a family fantasy movie that’s been getting some great notices. It has a little of that BFG vibe to it from the trailer—basically a kid dealing with his mother’s cancer diagnosis who is paid visits by a monster with a distinct giant Groot quality to him. The film stars Felicity Jones, Sigourney Weaver, and Liam Neeson giving the monster a voice.

The Oscar-bait roll-out continues this week with Hidden Figures, a true story about the group of African American women who were hired to work at NASA in the 1960s and played a key role in getting men into space. This is another film I’ve heard good things about from its screenings elsewhere in December. It stars Taraji P. Henson, Octavia Spencer, and Janelle Monae along with Kevin Costner.

And here’s the first official film of 2017:  Underworld: Blood Wars, a sequel to last summer’s Love & Friendship, in which Lady Susan dons a leather corset and takes to battling the werewolves and vampires who’ve been preying on London’s polite society. What a year this will be.

So glad to see London Road still in cinemas, the fascinating new musical based on a community dealing with a serial killer. Beyond that, I recommend Lion and, for the most part, that picture set in a galaxy far, far away.