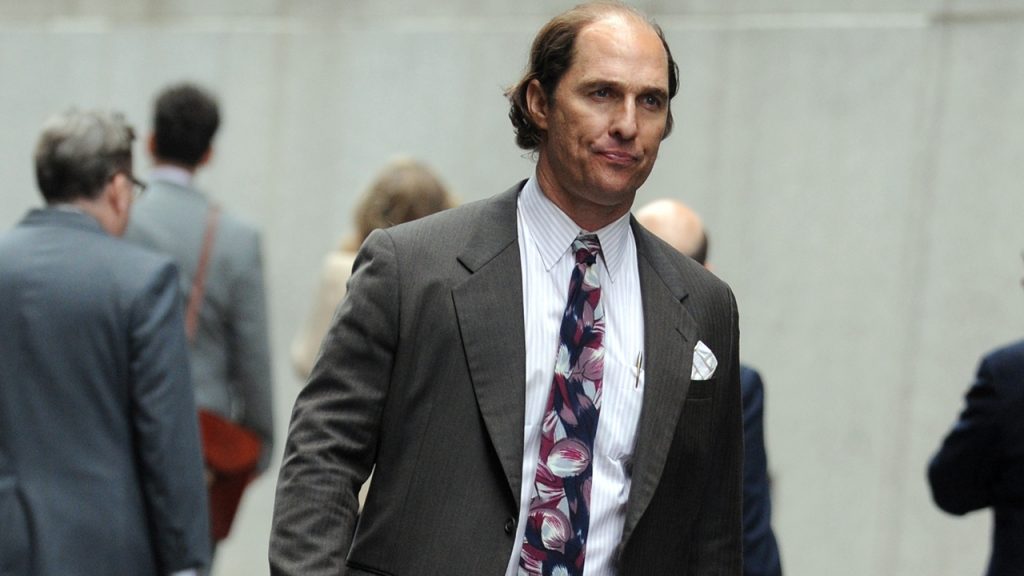 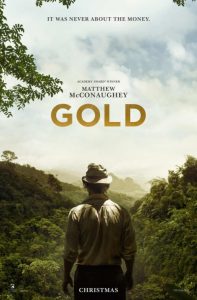 After last week’s The Founder, and a long, dubious cinematic tradition of rags-to-riches tales where a fast-talking white dude exploits people and gets massively rich (before, sometimes, falling back in the gutter) you might wonder why we need a movie like Gold, fictionalizing the events of the much publicized Bre-X scandal. I certainly was, but with Steven Gaghan at the helm—the filmmaker who wrote Traffic and wrote and directed Syriana—that’s a quality creative pedigree.

Matthew McConaughey is Kenny Wells—heavy, with bad hair and buck teeth, twitching and sweating through every scene. He’s a prospector whose career, when we meet him back in the 1980s, is on the skids. In desperation he flies to Indonesia to pitch a fellow mining executive, Michael Acosta (Edgar Ramirez), on one of his own prospects. Together they go up the river, and for a second it looks like Gold is going to be more of an Indiana Jones movie than a celebration of risk and capitalist fervour. Sure enough, Kenny and Michael strike it big, and before long all the money people come calling, including Corey Stoll, Stacy Keach, and Bruce Greenwood with a South African accent.  Only Bryce Dallas Howard, strapped into a gold lamé dress, talks any sense in the face of Kenny’s ugly, drunken ambition to be a big shot. 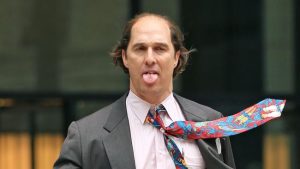 Gaghan’s film is only slightly less geared up than Scorcese’s The Wolf of Wall Street, the kind of movie it definitely aspires to be, but it’s a whole lot less fun. McConaughey works his ass off, shelving all vanity, without once managing to make us really care about Kenny. When Kenny gets the success, all he does is bitch and moan about his working class authenticity—ranting about his father and grandfather who earned every cent they had by scraping natural resources out of the hills. He tries to argue that he’s not into money, he’s only into gold, a distinction the filmmakers don’t sell. Instead of being any kind of an inspiration or even an effective cautionary example, Kenny’s stays both a boor and a bore.

There’s some warmth from the relationship between Kenny and Michael, and Ramirez’s brooding charisma is the best thing here. There’s a nice twist waiting in the last scene, but it’s not nearly enough. 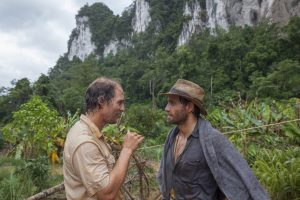 We expect, maybe even want, Kenny to fail, which makes Gold feel like another anti-capitalist picture that (not so) secretly revels in the thrill of making lots of money. At least The Founder had some genuine political weight to recommend it. Gold is just another tale of an asshole who chased his dream and got screwed doing it.