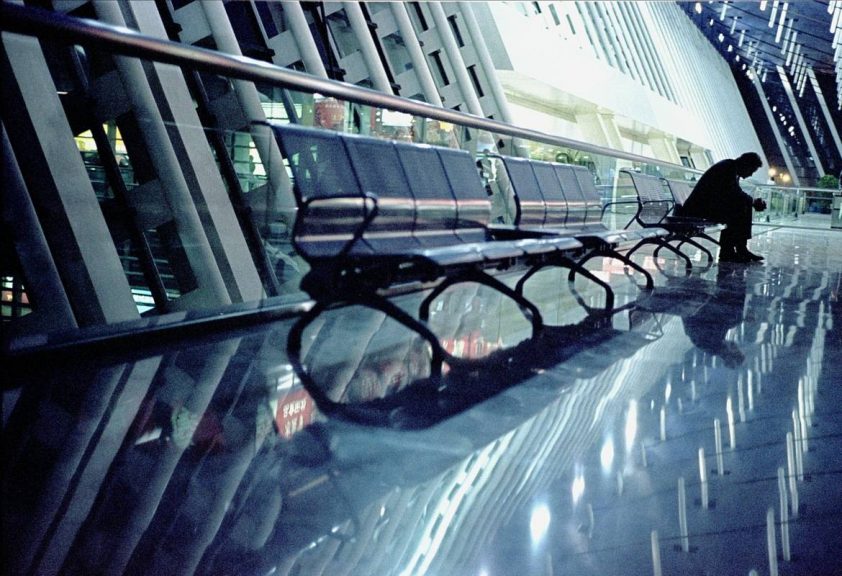 Welcome back to a semi-regular feature—though I realized today that it’s been more than two years since I last did one of these—on FITI called ” A Cult of One,” where I highlight an older film that doesn’t get much love but is worth discovering. 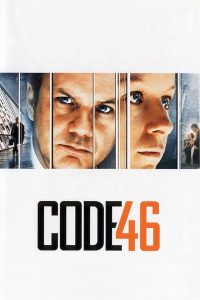 This is a genuine science-fiction curiosity that I’ve enjoyed the more times I’ve watched it. Winterbottom is a filmmaker not known for his fantasy chops, though he is known for jumping genres, from rock biopic 24-Hour Party People to hard-boiled Jim Thompson adaptation The Killer Inside Me to rambling foodie and middle-age crisis comedy The Trip.

I’m a fan of the leads, Tim Robbins and Samantha Morton, but I actually find that Robbins is weirdly miscast in this role. How can I recommend the film if I find the male lead out of place? Some films beguile in spite of their flaws, and a smaller number even because of them. This one is in the latter category. 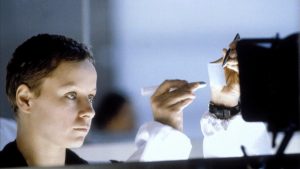 In this near-future world, Robbins plays an agent named William Geld. He investigates insurance fraud for a company called The Sphinx. It manufactures “cover,” basically a visa that allows travel between nations, urban zones, what have you. These covers are dearly desired because they provide freedom and security in this authoritarian global society where  the fortunate, cover-carrying classes of people live in the protected cities, the less fortunate outside in the wastelands.

Geld arrives in Shanghai to find an employee on the company’s factory floor who’s been selling cover on the black market. Geld’s taken an empathy virus, which allows him to intuit who is lying to him. He discovers the culprit, Maria Gonzalez (Morton), but because he almost instantly falls in love with her, and before long, she with him, he points the finger at someone else. 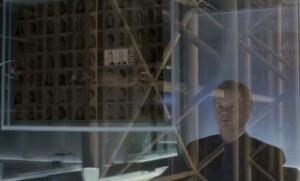 I enjoy films where people do crazy, irrational things in the grip of irresistible passion. It’s a kind of madness, something that French or Italian culture seems to accept as part of life, but in North America there are fewer stories like this. They get labelled “melodramatic.” Code 46 is anything but that—it’s austere, awash with a gorgeous, hypnotic electronic score by The Free Association, all while these characters continually make decisions we can plainly see are against their best interests. That’s where the tension lies, between the chilly production design and a couple driven by inarticulate, mad love.

The plot posits a delightful sci-fi obstacle: in a world where cloning is status quo, mating with another human being where you share even a percentage of DNA is illegal, called a Code 46 violation. Geld and Gonzalez fall in this violation. To compound matters, it is medically possible to remove segments of memory, as well as to capture it on video. A virus can give you empathy, but also force you to behave in ways you might not otherwise. Not unlike love.

Yes, this film is both Philip K. Dick-sian and foreshadows Charlie Brooker’s Black Mirror. It has things in common with Gattaca and with The Eternal Sunshine of the Spotless Mind and with Her. 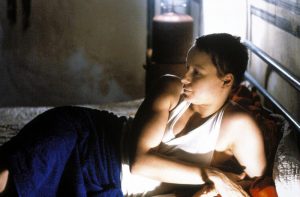 But about that casting: Robbins is awkward. I feel like his William should be a cynical, world-weary man who is awakened by his romance with Maria, but he mostly seems confused by it. Their chemistry is very peculiar and unlikely. Morton is earth and texture to his hesitant discomfort and intellectualism. It’s her voice-over that guides the film, which helps us come to grips with this world and her passion for him. That’s not so hard to understand, even with a V/O, but his emotional self is much more difficult to parse.

And then there’s that ending—an anti-ending, you could call it. It won’t leave much in the way of traditional satisfaction, and certainly sells the idea of the geopolitical dystopia. If good science fiction reflects the age in which it’s made, this is a grim note to leave us with.

Even so, the film works. Maybe because it’s so unlikely, and this couple seem so ill-suited, the chemistry so caustic—it helps sell the world’s weird alienation. That William has a family back in Seattle is just part of the problem as it certainly makes him a tough character to warm to. Morton, however, is wonderful. 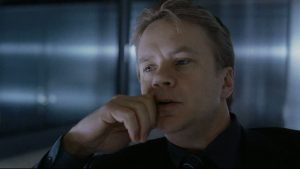