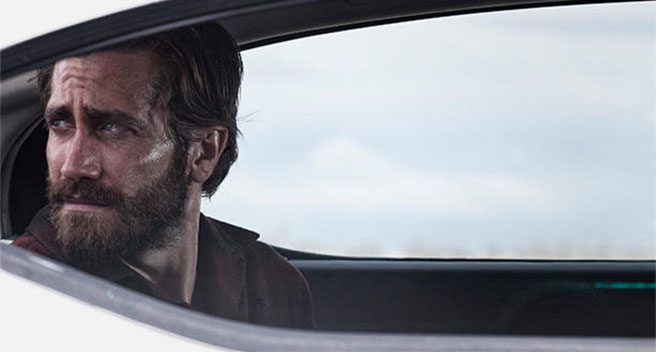 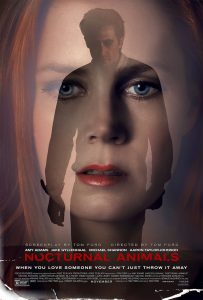 When slick celebrity designer Tom Ford tried his hand at filmmaking, his first effort was a genuine surprise. A Single Man (2009) was a tender melodrama with Colin Firth as a heartbroken (and exceptionally well-tailored) academic wrapping up his affairs before suicide. It revealed a genuine directorial talent. His follow-up seven years later feels more like what I might have expected his first time out: An entertaining stab at genre, a little clunky and heavy on the gloss while skimping on the emotional substance.

Amy Adams—having a terrific fall with this and Arrival—is glowing as Susan, a Texan living in Los Angeles in the appallingly decadent world of high art, all gorgeous frocks, 1970s eye-shadow, and chunky specs. Married to the unfaithful Hutton (a barely there Armie Hammer) and alienated from her work, she’s not happy. Her pal, Alessia (the always excellent Andrea Riseborough) has married a gay man, Carlos (Michael Sheen), a compromise Susan can’t understand. 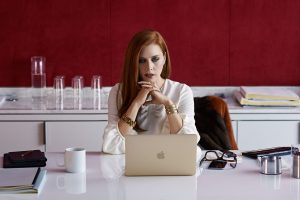 At first glance, this feels like Ford is setting us up for a moody art world satire—or another remake of Rollerball—given a peculiar credit sequence riffing on Maurice Binder’s James Bond openings, but with naked, obese women.

But that’s when Alessia and Carlos vanish for the rest of the film, and Susan’s ex-husband, Edward (Jake Gyllenhaal) sends her the galleys for his new book. Suddenly we’re in that story, a Jim Thompson-esque thriller where a passive husband, Tony Hastings (Gyllenhaal again), his wife Laura (Isla Fisher, looking a lot like  Amy Adams circa 2006) and daughter, India (Ellie Bamber), get run off a West Texas road by bad guys led by Ray (Aaron Taylor-Johnson). Later, after the violence, the very welcome Michael Shannon shows up as Bobby, a gritty lawman who “looks into things around here.” And as we cut back to Susan feeling faint and taking frequent baths as she reads the novel, and we also get a cameo from a terrific Laura Linney as Susan’s mother, and Jena Malone, an art gallery automaton. (Not really, but maybe.) 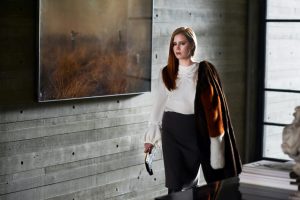 In an interview with Charlie Rose, Ford said his film is about our culture of disposability, how we too often just throw things, and relationships, away. That might be some of it, but at its chilly core this is just a stone cold revenge thriller with a few fringe elements. The plotting and dialogue is occasionally clunky, cutting between present and past and the movie-within-a-movie with not a lot of narrative cohesion. And there’s some ladling of campy style that you can take or leave. The thriller material largely delivers, and Shannon is typically dangerous. It’s just  not nearly as sophisticated as Ford seems to think.