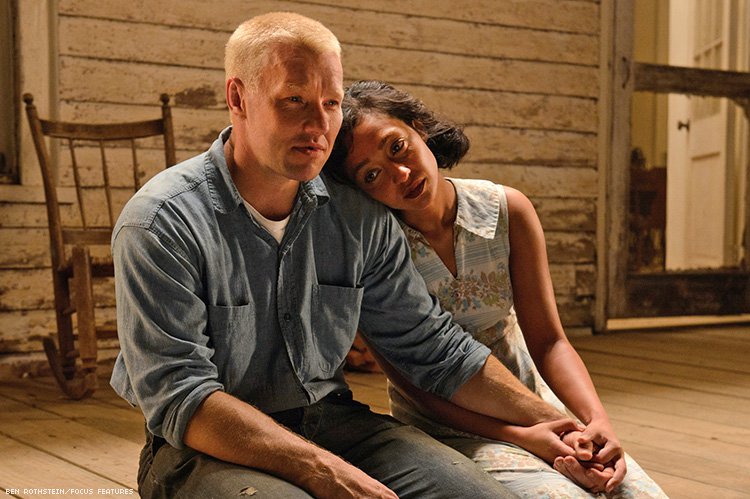 Written and Directed by Jeff Nichols | 123 min | On Demand 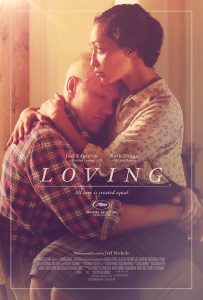 Loving is Jeff Nichols’ second feature film of the year, following his excellent Spielberg-esque science fiction drama Midnight Special, and this one is just as good. It still features his elegant, spare direction, but tells a very different tale, one based in fact, about an interracial couple in Virginia in the 1950s who found themselves facing the law when they get married.

The worlds of Richard (Joel Edgerton) and Mildred Loving (Ruth Negga) overlap in their rural Virginian county—if there is tension between white and black, we don’t see much evidence of it at first. Richard, a white bricklayer, fixes and races cars on the drag strip and drinks with friends in the black community. Trouble doesn’t start until after he and Mildred get back with their marriage licence and the local sheriff (Marton Csokas) locks them up.

This is a laid-back affair—Nichols typically lets his actors and a minimalist dramatic set-up tell the story without signposting too much as we go along, accompanied by a solid blues and ’50s rock soundtrack. And what performances he gets from  Australian and an Irish-raised leads, both utterly convincing as soft-spoken people—the mumbly Virginian accent thick as mud—struggling against the injustice of their circumstances. Edgerton is very much the generational model of the inarticulate, taciturn man, but with a strong understanding of family obligation, and of right and wrong, while Negga shows real steel. Her Mildred is more proactive, more willing to embrace the attention that comes with their fight. Nichols’ favourite actor, Michael Shannon, appears briefly as a Life Magazine photographer.

There’s a great moment when the Lovings first meet Bernie Cohen (Nick Kroll), the American Civil Liberties Union lawyer handling their case. You get the feeling Cohen might be the first Jewish man the couple has ever met. He and his clients are way out of their depth, and they all know it, but they can agree on what needs to be done. 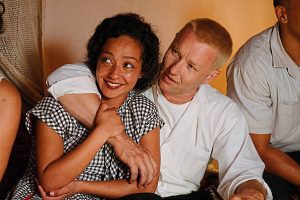 What’s manifest throughout is the connection between Richard and Mildred. Nichols brings their love alive in what might be the year’s most purely romantic film. That, while it also functions as a sharp and honest look at changing values and deep-seated bigotry in America.  It couldn’t be more relevant—1958 seems much more recent than it should.