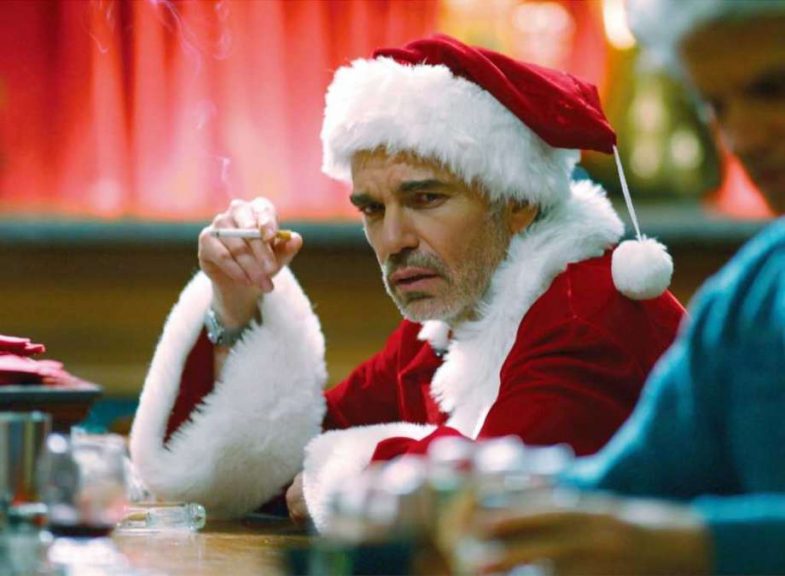 The big news about the end-of-2016 releases this week was the fresh trailer for Silence, the long-gestating production from Martin Scorcese. The film, due in late December, is the story of Jesuit priests looking for one of their own in ancient Japan. It stars Andrew Garfield, Adam Driver, and Liam Neeson.

Garfield is starting to look a little like his generation’s Jeremy Irons. And if this film feels akin to The Mission, does that make Driver the Millennial DeNiro?

Speaking of Scorcese, I’ll be introducing his 1986 feature The Color Of Money when it screens on Tuesday night, November 29, at the Halifax Central Library at 6:30pm in Room 301. Hope to see you there.

Yes, this list of the weekend’s releases is coming out a little early due to American Thanksgiving, with films opening on Wednesday and Thursday to take advantage of the holiday south of the border.

I saw the first of the holiday releases last night, and though it stars the very fetching Marion Cotillard and Brad Pitt, Allied is a real disappointment. Here’s my review.

In 2003, Billy Bob Thornton found his greatest role, and I’ll arm-wrestle any Sling Blade or The Man Who Wasn’t There fans who say otherwise. The late-arriving sequel is here: Bad Santa 2, also starring Kathy Bates.

One of the hottest young American directors, Jeff Nichols, completed two films this year: the excellent Midnight Special and the movie opening at The Oxford: Loving is the true story of an interracial couple who fought for their right to marry in the American south, and stars Ruth Negga and Joel Edgerton.

Disney has a new animated film out, entitled Moana, based on Hawaiian culture and myths. I’ve been hearing good things.

I really thought Warren Beatty had retired as an actor after Town & Country, his notorious 2001 bomb, and as a director after the 1998 comedy Bulworth. But he’s back with Rules Don’t Apply, a comedy about old Hollywood in which he plays Howard Hughes. Reds is a favourite of mine, so I’ll always have time for Beatty, but I’m not enthused by this trailer.

At Carbon Arc on Friday is a documentary called Dreamcatcher, the story of Brenda Myers-Powell, who travels across the United States drawing attention to the lives of sex workers. For more information on the documentary, and on next weekend’s Animation With Love festival, go here.

And for those folks who miss John Candy, you might wanna go see Planes Trains and Automobiles, which will be screening through the week. And there’s a romantic drama in Hindi opening in Bayers Lake called Dear Zindagi, for those who are inclined.