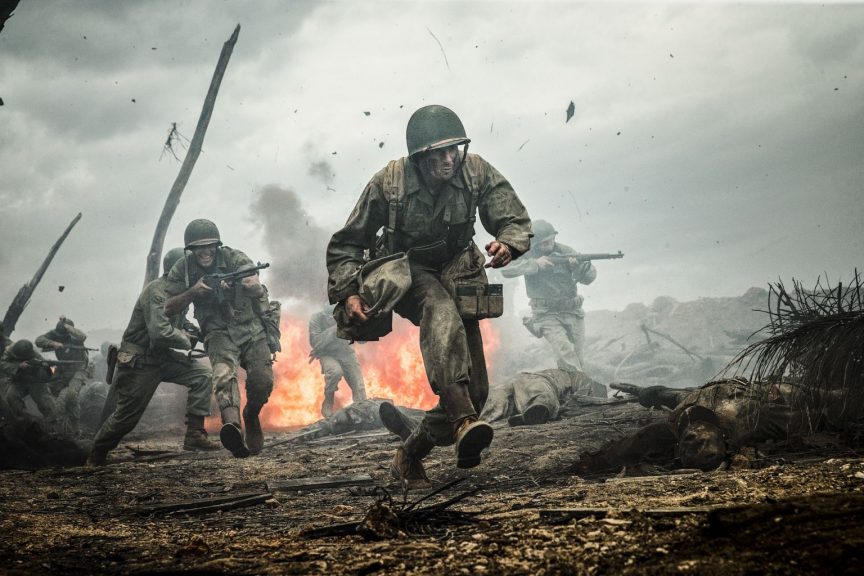 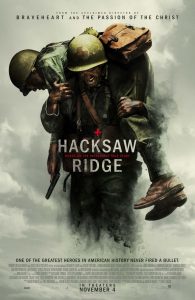 Mel Gibson’s fifth feature as director is a roaring return after a 10 year break, one that very much cleaves towards his favourite themes of individual heroism, faith, and martyrdom. You know it’s a Gibson when the hero must abide monstrous pain on his journey. Gibson’s last film was Apocalypto in 2006, with The Passion Of The Christ before that.

Gibson himself has been on a bit of a journey through the cultural pariah valley, and from the sounds of it we’re supposed to forgive him for his sexism and anti-Semitism now. I found it interesting how some of the advertising for the film boasted of its auteur as being responsible for Braveheart, without naming him. You’re not fooling anyone, marketing department.

Anyway, this new film is based on a true story, that of Virginian Desmond Doss (Andrew Garfield) who came of age between the wars. We first meet him as child playing (and fighting) with his brother, and later, with his father (Hugo Weaving), as Desmond intervenes in a domestic dispute—Rachel Griffiths is his mother, plenty of Aussies in this antipodean-shot film. The Doss pater is an angry alcoholic—showing the damage done to his psyche for having served in World War One—though Gibson never blames him for his trespasses.

But his father’s experience, nor his love for a local nurse (Teresa Palmer), does nothing to dissuade Desmond from signing up after Pearl Harbour. (So did his brother, though he vanishes from the film—how did he cope with the demands of war?) The thing is, Desmond won’t carry a weapon due to his family’s religion—7th Day Adventist—but he’s hoping to be a medic. Cue the abuse from his fellow recruits, and not much more support from higher ups (including Sam Worthington and a solid Vince Vaughn), though they eventually they let him fight without having to carry a weapon.

At this point, Hacksaw Ridge feels like a very faithful remake of a ’40s or ’50s war movie, but its cliches and formal predictability don’t take away from the confidence in the storytelling or the heart in the performances. What’s odd is with time spent on Desmond’s backstory, his relationship with his god isn’t given much screentime. A reaction to his father’s violence is one thing, but where’s the source of his staunch, unwavering faith? 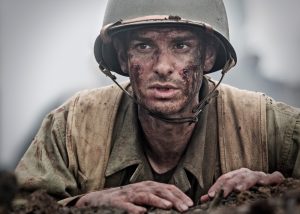 Once the soldiers get to Okinawa and Desmond has a chance to prove his courage, Gibson delivers Walking Dead-level gore and Braveheart-level violence, as you’d expect. The comparisons to Saving Private Ryan are a little facile: the battle sequence here aren’t quite as intense as the opening 20 minutes of Spielberg’s film. They’re less immersive because of how they’re shot—Gibson has a great handle on spatial dynamics and wants to show a linear progress, while Spielberg emphasized chaos and confusion. But any way you slice it, Desmond’s heroism is impressive, and the film sustains its drive to the very end.

And if this all feels simplistic—with archetypes instead of characters and the glory of the fighting soldier celebrated as much as one man’s commitment to pacifism—at this point in his career, Gibson has an ethos: the way to truth is through immense suffering. I’ll credit him for sticking to that, his ongoing cinematic confessional.