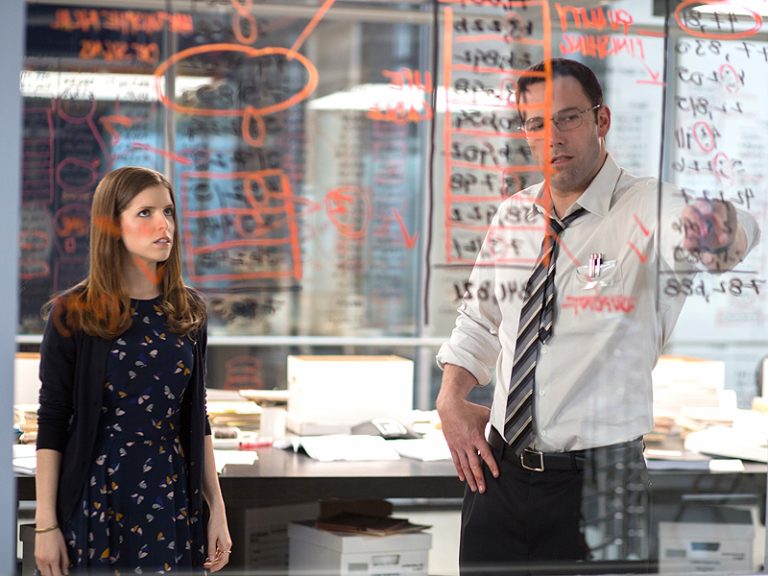 A thriller for adults overstuffed with ideas is always better than one bereft and predictable. For that reason alone, The Accountant might be worth your time. It’s also preposterous, maybe even borderline offensive, but manages to deliver on action beats even while a lot here doesn’t work.

It’s Ben Affleck, looking pumped from his Batman workouts, as numbers man Christian Wolff. He’s somewhere on the autism spectrum: Frequent flashbacks to his childhood reveals a tough-as-nails military father who ignored Mom’s insistence that Christian needed special help, instead preferring exposure therapy and extensive martial arts training with his younger brother. That’s how he became such a badass killer and capable manager of his condition. So, not only does he make a mint laundering money for crime families and drug dealers, he also moonlights as a stone cold hitman. Wolff goes to work for a tech industrialist (John Lithgow) and his sister (Jean Smart) who’ve misplaced millions of company dollars, and gets friendly with a staff accountant (the always charming Anna Kendrick). Tracking him down while he does this above-board assignment is Ray King (JK Simmons), an FBI man close to retirement who ropes in help from another agent, Medina (Cynthia Addai-Robinson), blackmailing her with knowledge of her guilty past.

Assembling a cast of this quality pretty much guarantees a decent return on investment, and the plot sharply twists to keep the interest. The identity of private security merc Jon Bernthal won’t be much of a surprise to anyone paying attention, but his presence is another positive in the mix. Director O’Connor manages to do the near-impossible: make exciting an investigation into the number crunch of financial impropriety, while his handling of the fight sequences is deft, too. What would benefit The Accountant from start to finish is a little clarity: There are a few too many flashbacks desperate to tie up all the threads, muddling the timeline in a detriment to the plot. And though some of the detail about Wolff’s neurological particulars is well-observed, as a character point in this kind of film—this is but a step away from the action fantasy John Wick— it doesn’t avoid exploitation: Are we meant to believe that because he’s autistic it not only makes him a great accountant, it also makes him a more effective and emotionless killer? That feels like a simplistic and insensitive take. Does it somehow explain how he compartmentalizes his moral code to help Kendrick’s character, while still offering his services to the worst of organized crime?  That’s confusing. Also, more Kendrick would have been welcome—she disappears for too much of the movie.

Mostly what undermines an otherwise decent time-waster is Affleck himself: Keeping a stone face for most of the movie isn’t the same as acting. His Wolff is missing the obsessive detail, nuance and intensity another performer might have brought to the role—someone, say, like Affleck’s buddy, Matt Damon, or Christian Bale, his bat-predecessor.

Affleck has proven his directorial chops—he helms the forthcoming Live By Night and The Batman. Too bad he also stars in them.