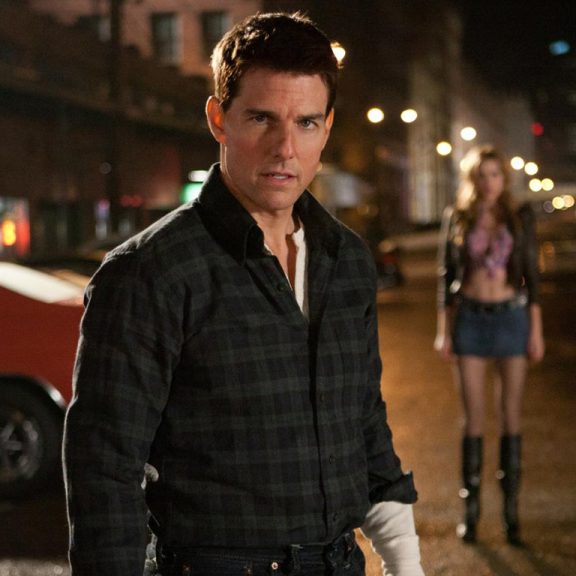 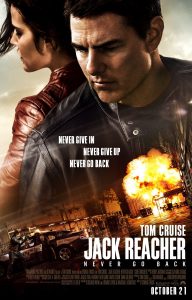 Tom Cruise returns to the role that never made much sense for him, but he can do what he wants, can’t he? I argued that the first movie was entertaining with a sense of humour, but its sub-Eastwood throwback action material was ill-suited for Cruise’s particular brand. Neeson does this thing without breaking a sweat, but Cruise as a hard man? He seems more comfortable in the role the second time out with less character work to do, but the movie around him is boilerplate and uninspired. 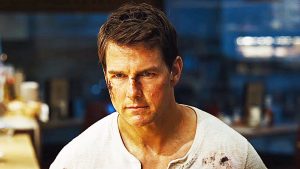 The terminally nomadic, former military man Reacher arrives in Washington DC to meet a Major Turner (Cobie Smulders), while on a tour of the nation’s diners and burger joints. Given his diet, Reacher’s fighting skills are even more amazing. But he finds Turner’s been charged with treason, set up by some military contractor dudes who’ve got a whole stolen arms deal conspiracy going on. Further complicating things is a teenager (Danika Yarosh) who may or may not be Reacher’s daughter. It’s like she’s got the word: “Stakes!” tattooed on her forehead. 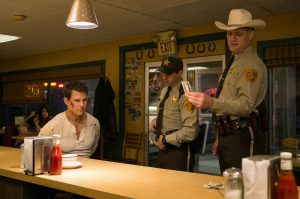 Plain and mechanical, the plot weaves its way right through holes and implausibilities, regularly allowing Reacher to pummel a bunch of interchangeable heavies. Patrick Heusinger plays a guy called The Hunter, the only baddie who can give Reacher any kind of challenge, so you know there’ll be a mano-a-mano scene late in the running, across some of the most transparently in-studio rooftops since Mary Poppins. This is a movie that could use a memorable villain, like Werner Herzog in the first one, and a director who cared at all about locations: DC and New Orleans have never looked so dull. 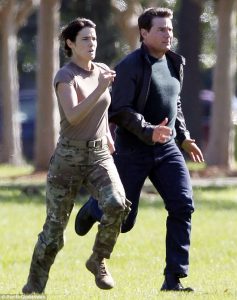 Smulders gets a few solid moments, basically making the case that women in these movies can be just as badass as men—and reminding me a little of Carrie-Anne Moss circa The Matrix—but I’m not altogether convinced that the production has her back, having her pose pointlessly in a bra. No, Jack Reacher: Never Go Back—which never explains its subtitle, incidentally—pays lip service to equality, but never ventures too far from its macho action roots. Cruise’s Bronson-esque hero needs to play protector to the ladies or he’s got nothing to do.