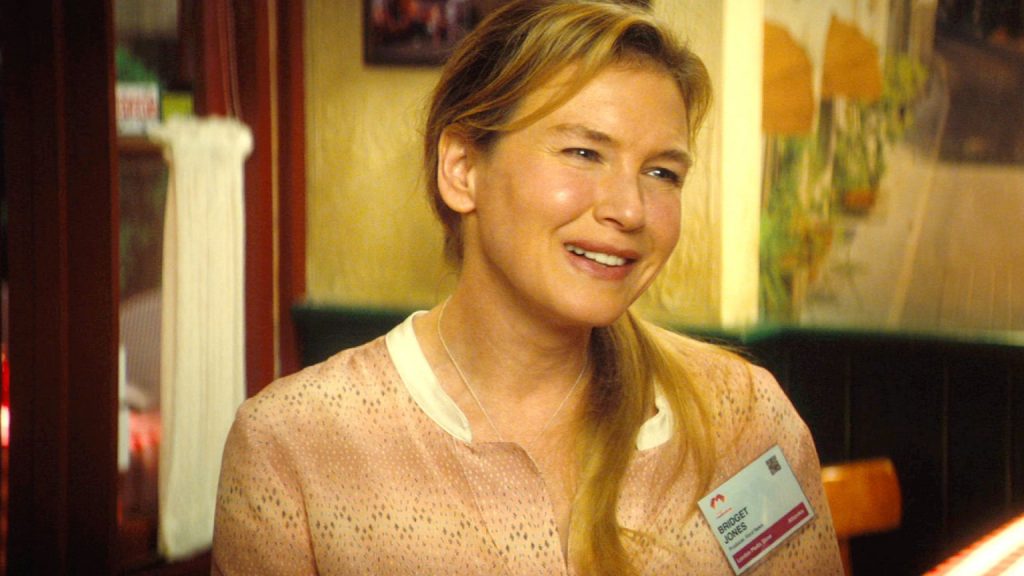 Directed by Sharon Maguire | Written by Helen Fielding, Dan Mazer, and Emma Thompson, based on the book by Fielding | 123 min | On Demand Hugh Grant never gets much credit. The British actor’s role as Daniel Cleaver, the quintessential dashing British cad, was an essential spice adding flavour to the first two Bridget Jones films. Not only was he the charming asshole Bridget (Renée Zellweger) can’t resist, he served as a great foil to uptight Mark Darcy (Colin Firth). Unfortunately, he’s been written out in this late-arriving third film, replaced by Patrick Dempsey as Jack, an American billionaire who made his money with an internet dating site. Jack offers maybe a more plausible alternative for Bridget, but he’s just not that funny.

Another casualty is Richard Curtis on the script side. The Four Weddings And A Funeral and Notting Hill scribe is the king of British romcom. His light touch would have been welcome.

If you’ve seen the trailer, you know the story for this third outing: Bridget is still a “singleton” in her early 40s: 10 years of on-again-off-again dating with Darcy ended badly—he’s married to someone else. But a night with Jack followed by a night with Darcy leads to a positive pregnancy test—the father could be either guy. Cue a visit to an obstetrician (Emma Thompson, doing double physician duty also as a doctor of the script on the film while stealing her every scene) and lots of awkwardness with the guys. As a premise, this has a fair amount of comedic promise. What made the franchise work in the past—the first film a lot more than the second—were these kinds of social situations spiked by Bridget’s unerring ability to say the wrong thing at the wrong time, and Zellweger’s physical comic timing. She seemed like a real person in her insecurities.

That’s no longer the case. Bridget now is a victim of the script, going through the motions rather than driving the action. Zellweger is as charming as ever, but the film feels stale. Her support system, reliably funny friends (Sally Phillips, Shirley Henderson, and James Callis) and parents (Jim Broadbent and Gemma Jones) barely register, and her work life (producing TV news) is just background, a place where the young hipster programmers with ironic beards get made fun of and the issues around journalistic integrity are paid lip-service, but not much more. If the jokes accompanying these scenes were funny, or had some kind of payoff, they’d be worthwhile. Worse are the optics: Early on Bridget describes herself as a spinster, the idea that at 43 if she’s single and childless, she’s done. Not that she was ever the most progressive character, but it feels like in the 12 years since Bridget Jones: The Edge of Reason came out, these assumptions have been challenged and debunked. Bridget criticizes her mother for her conservatism, but her own attitudes feel like a holdover from another era.

It’ll be no spoiler to say that she ends up with one of these guys, but I wonder whether that’s what we really wanted for Bridget. Just like Carrie from Sex And The City: Were wedding bells the answer to all her problems?  This is a whole other conversation, but if romantic comedies are ever to recover as a feasible genre, they’re going to have to get a lot fresher, or more surprising, than this.