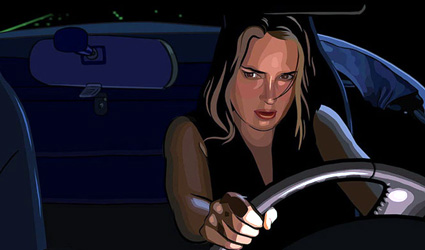 If the summer of 2016 was good for anything, it was the arrival of Stranger Things on Netflix. The drama channelled the best of early-’80s pop culture and storytelling tropes—borrowing liberally from John Carpenter, Steven Spielberg, and Stephen King—with an extra dollop of 21st Century creepiness (see Under The Skin), all delivered in a fresh package—a story told largely from the perspective of kids in a small town dealing with the disappearance of their friend, and the appearance of a mostly silent girl with peculiar gifts. The mother of the missing boy is played by Winona Ryder.

For those in my generation, the much maligned Gen X, Winona Ryder was our movie star. She was a peer, an actor who started working in childhood and made great choices, doing quality work in both comedy and drama that was recognized critically and commercially.  In the parlance of the day, she was “The It Girl.”

She is also quirky, idiosyncratic, and a fun screen presence. But as a box office draw she was struggling to maintain her above-the-title stardom around the turn of the century when her career was waylaid by events in her personal life. To her credit she just went back to work, and has been busy in character roles for years, bringing a sense of well-earned experience to quality film and television.

Thanks to  the universal approbation of Stranger Things on Netflix, the actor is once again experiencing a surge of attention. For those who may not be familiar with her work, here are 10 prominent projects worth seeking out. 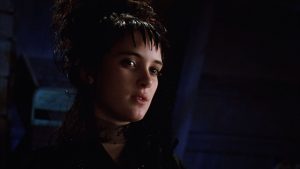 Ryder was only 15 when she made the film, stealing it outright from a cast that included Alec Baldwin and Geena Davis. She was Hollywood’s first Goth teen, and the supernatural comedy made her a star the first time, along with director Tim Burton, whose peculiar brand of creepy whimsy was established here. Ryder worked with Burton again in Edward Scissorhands and Frankenweeinie.

This black-as-pitch teen movie drove a stake through the heart of the John Hughes era, peeling it back to reveal the Darwinist cruelty of high school. It was so sharp it pretty much ended high school comedies for 10 years… but what a way to go. Rumour has it the ending was softened by the studio, who got cold feet with the original script that had teen lovers (and murderers) Veronica (Ryder) and JD (Christian Slater) kill everyone in their school. Despite that, it’s still plenty biting, and Ryder shines. 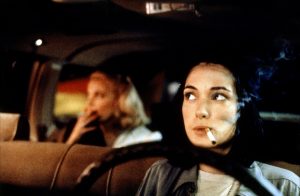 Jim Jarmusch’s anthology movie set entirely in taxi rides at night in five different cities has an unusual flavour, especially with the looping, repetitive score from Tom Waits. As with anything this episodic, some of the rides are more compelling than others, but it’s a fare worth taking. As the LA cabbie, Ryder seems to be channeling the spirit of Jimmy Cagney.

The Age of Innocence

Ryder chose to act in a lot of period dramas in the 1990s, including Bram Stoker’s Dracula, Little Women, and The Crucible, opposite Daniel Day-Lewis. Because she seems so contemporary, these are the roles of hers I struggle with, but of all of them I’d recommend Martin Scorcese’s Age Of Innocence, also with Day-Lewis, and Michelle Pfeiffer. Ryder is in a key supporting role, but her innate sweetness is essential to where the plot takes us. 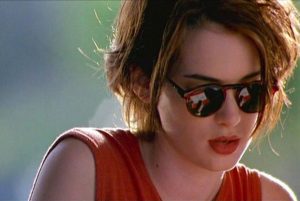 Maybe the movie that best exemplified the slacker ethos of the era—aside from Slacker, of course—but the romantic comedy has more pleasures than just as a generational time capsule about 20-something angst. There’s that awesome scene in the convenience store with Ryder, Janeane Garofalo, Steve Zahn, and Ethan Hawke at his greasiest. The Knack’s “My Sharona” might be an ’80s hit, but it will be forever associated with this film… in an ironic way, naturally. 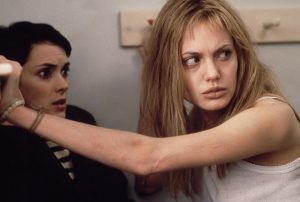 The film gave Angelina Jolie her Oscar, but the drama about women in a mental hospital in the ’60s was put together by Executive Producer Ryder, who wielded her Hollywood power to help bring to screen a book she loved. I wonder if she resented that Jolie got all the love when the film came out. I hope not, because Ryder’s performance is one of her best. 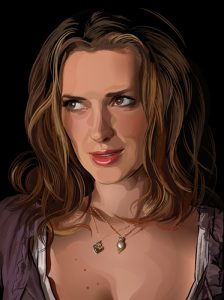 A curiosity from a director with a filmography full of curious films, Richard Linklater. This weird, meandering sci-fi, adapted from a Philip K. Dick story and done in rotoscopic animation shows that following her very public scandal, Ryder was still willing to take chances with challenging material. She holds her own in an ensemble including Keanu Reeves, Robert Downey Jr, and Woody Harrelson. 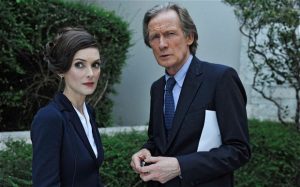 This is the second part of the BBC series The Worricker Trilogy, written and directed by British playwright and filmmaker David Hare, starring Bill Nighy. All three are very much worth seeing, and Ryder is, as I said at the time, convincingly brittle as a woman working for a lot of bad men. 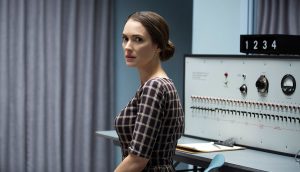 This was a film I saw at last year’s Atlantic Film Festival, and it reminded me how much Ryder brings to smaller roles. I also really liked her in Black Swan and The Iceman, though less so as a meth moll in the Jason Statham picture Homefront. Here she provides a welcome dose of humanity to solid film that could have easily gotten lost in its own mannered formalism.

Show Me A Hero 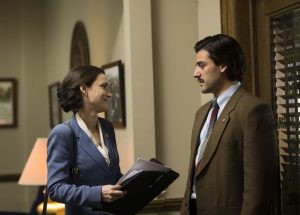 A fascinating HBO miniseries from David Simon, creator of The Wire, about politics and racism in Yonkers, New York, in the 1980s. Ryder is perfectly cast as a sharp, somewhat embittered municipal councillor opposite Oscar Isaac.