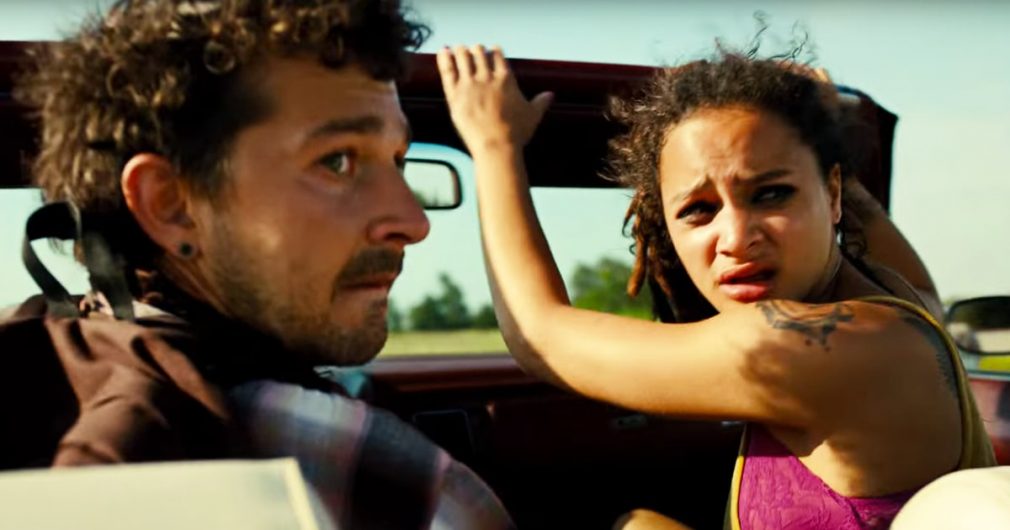 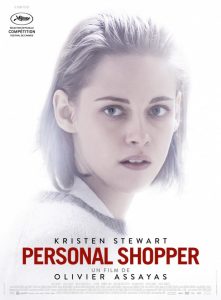 Personal Shopper is a film that refuses to pay off, but in the most delightful way.

Assayas directed Stewart in The Clouds of Sils Maria, and once again creates a character for Kristen Stewart that’s in a position of subservience to someone famous, though this is a whole other bag.

It follows Stewart’s Maureen around Paris as she deals with trauma in her personal life—her twin brother recently died. She’s a medium, as he was, so she’s waiting for a signal from the beyond, some sense of his consciousness after death.

She’s also managing her crappy job, which from the outside actually looks reasonably glamorous: She chooses clothes and accessories for a big name in the fashion world, someone she barely has to interact with, but who has a monstrous rep. We tag along with Maureen as she hops the Eurostar to London in the morning to collect shoes and clothes, then heads back to Paris that afternoon, all the while being texted from an unknown number, someone who seems to know a lot about her, and with whom she gets strangely intimate without knowing their identity.

The film’s disparate elements are strange bedfellows, different genres rubbing up against the other: Is it a dreary workplace drama? A taut, Hitchcockian suspense thriller? A supernatural horror? It’s all three, but will not entirely commit on any front, just like Maureen, who won’t entirely trust her own abilities or identity.

But what a unique pleasure it is anyway. It confirms Stewart, already impressive with her career choices of late, as a magnetic presence on screen, whether picking up the messages on her phone or modelling haute couture. Put her in front of a camera and set her free. We’ll go anywhere with her. 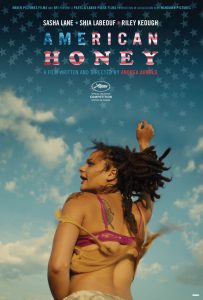 Every once in awhile a film shows up that touches on youth culture right at that moment, one that says something about being young today. Rebel Without A Cause, Easy Rider, The Breakfast Club, even Harmony Korine’s Kids and Spring Breakers. American Honey could be that film for 2016,

Like those others, it’s far from a perfect film, but it captures a certain kind of joie de vivre, those fleeting moments of immortality when you’re young, beautiful, and present.

Star (Sasha Lane), escaping from a domestic situation that isn’t working for her anymore, joins up with a nomadic group of young people selling magazine subscriptions city to city, led by fast-talker Jake (Shia LaBoeuf) and tough-lover Krystal (Riley Keough, who happens to be Elvis Presley’s granddaughter). This bunch is a hedonistic, ragged tribe, who work hard selling a product no one is interested in and then party hard later on, staying in a different divey motel every night.

The story circles around Star, and 20-year-old Lane delivers. She at once seems more mature than her years, content to sit back and take in what’s around her, but when she does speak, or make decisions, she reveals her deep naiveté that can get her into serious trouble.

Arnold brings a sense of immediacy to the film as she did to Fish Tank, with lots of hand-held camera and a terrific hip hop soundtrack. It’s an overlong, gorgeous, and unpredictable road trip across America, revealing cultural truths in both the sprawling suburbs and desolate oil patch though the eyes of fractious youth. 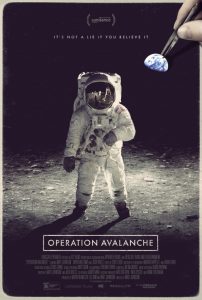 There are a couple of high-wire acts going on here in Operation Avalanche, and both are impressive.

One is maintaining the suspension of disbelief that this could plausibly be a 1960s found-footage picture. In this the Toronto-based filmmakers hit it out of the park. The production design is terrific, from the quality of the footage and the sound design to the costumes, props, and sets. This is a genre that’s totally played out, but the period aspect of this approach gives it some much needed juice. And as a York University alum, I was impressed how well they used the school’s college campus for locations.

The other high-wire act is managing to make an urban legend conspiracy into a plausible story: Johnson and Owen Williams (everyone using their own names) are CIA agents and keen filmmakers who get placed at NASA to seek out the mole who’s sending information to the Soviets. While there they find that NASA doesn’t have the resources to land a man on the moon, only get them into space, so Johnson pitches the idea that he and his buddies can fake the landing using special effect ideas they borrow from Stanley Kubrick.

There’s a lot of great stuff here, a mix of stock footage from the era and Johnson incorporating himself into that footage a la Zelig or Forrest Gump. A little less successful is the film’s transition from a light, comedic jaunt to a stone cold thriller—the shift in tone doesn’t quiet carry. It also makes it harder to explain the performers’ Canadian accents if you’re expected to suddenly take it all very seriously.

But the technical achievement, both in keeping it era-plausible, and convincingly recreating the moon landing on a sound stage, is solid. It’ll be interesting to see what these guys do next.