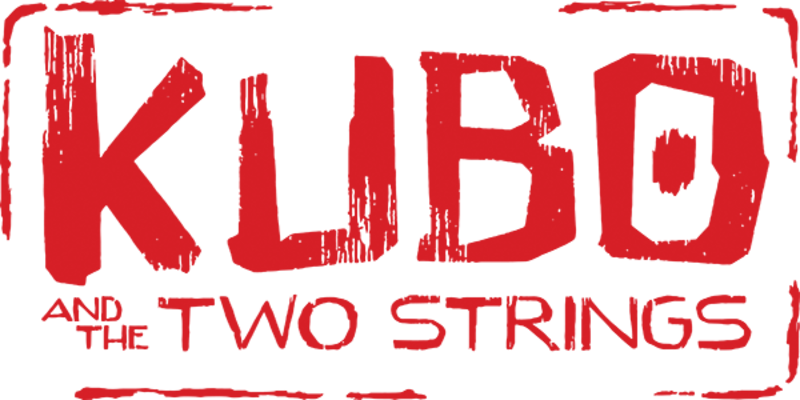 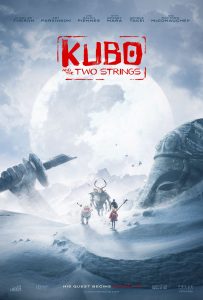 The three or four trailers before this gorgeous animated feature (from the Portland-based Laika studio that produced Coraline) were your typical, caffeinated, hyper-edited kiddie chum animation. In comparison to those, Kubo and the Two Strings is a breath of fresh air, a meditative and melancholy tale set in a fantasy Japanese past. If anything, it goes too far in the other direction, a little too deliberate, with a few ragged plot points.

Kubo (voiced by Art Parkinson) is a boy with a gift for playing a three stringed guitar. He can make origami paper dance as he tells stories to the people in his village. But he has to be home before dark to take care of his mother. Her sisters (voiced by Rooney Mara) and father, The Moon King (voiced by Ralph Fiennes) are hunting them, having already killed Kubo’s father, a great samurai. But Kubo has inherited some of his father’s skills, and with the help of a magical monkey (voiced by Charlize Theron) and a giant scarab (voiced by Matthew McConaughey), he seeks out his father’s armour and sword. 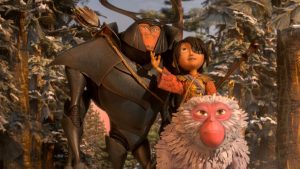 The imagery, a mix of stop-motion and CGI, creates a deeply compelling world of dried-leaf ships, giant skeleton warriors, and hypnotic deep-sea eye plants. The characterizations are good, though neither Theron nor McConaughey are terribly compelling voice actors. Their presences feel more due to their stardom rather than because they particularly suit the roles.

Kubo also takes a long while to get where its going, with stretches of the voyage where the stakes aren’t terribly well-defined. The action sequences should be more frightening, or more exciting, than they are. And though there’s room here for humour, not much of it lands. The final result is a lovely, and genuinely affecting fantasy adventure that feels like it would benefit from a little more adventure. And maybe a little joy to spike the melancholy.