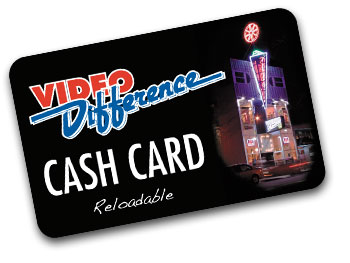 I moved to Halifax in 2003, and for the first decade I lived here I moved apartments four times. Every time I made sure I never lived  more than a 10 minute walk away from Video Difference.  Someone jokingly told me it was pronounced, “VEE-dio DEE-FER-ahnse,” which kind of stuck with me.

For years the movie rental emporium was open 24 hours a day, every day except Christmas. Having come from Toronto, a town that boasted one of the world’s best film festivals, the superlative Suspect Video and Queen Video, these hours were still a wonder. They suggested a community (or insomniacs’) demand for film that I’d not experienced before.

And what a resource! Despite being steps away from a Blockbuster—the McDonalds of movie rental chains and an affront to real film lovers everywhere—Video Difference stayed the course, offering three floors of fantastic esoterica. You could always find the newest films, but the depth of the archive was as good as anywhere I’d seen.

I loved that they had sections devoted to American Film Institute’s list of the 100 Greatest American Movies, and the British Film Institute’s list of the 100 Greatest British Movies. They provided a terrific foreign film selection, arranged by country, naturally, a documentary section, and divvied up their drama section between mainstream and independent releases. When the Atlantic Film Festival rolled around, they’d highlight older films shot in Nova Scotia. When I offered up a list of the best video rentals of the year in The Coast, they tagged my picks on their shelves.

Every time I went in there, I found something I hadn’t heard of before. Either something on their new release shelves that had come out under my radar, or a feature from the past. It was that guarantee of discovery that I’ll miss the most.

I know I’m not the only one. Film-talkin’ guy Adam Smith spelled out his grief today in this terrific post. Local film enthusiast Harris Foley, who worked at Video Difference when he was a teenager, said this afternoon on CBC radio that he’d rented thousands of films from them. Video Difference was more than a source of entertainment, it was a school. He learned about film in that place.

He hoped that maybe someone from Dalhousie or NSCAD would step up and purchase the entire collection in order to keep it together. There’s not much chance of that, but what an idea. What if someone from the Halifax Public Library saved this collection?

Foley called it art. He considers what’s housed at Video Difference as you would a gallery of paintings. And he’s right to look at it that way. This is a vast collection of cinema, priceless in its depth, variety, and concentration.

Video Difference will be open until August 15. The liquidation sale runs for seven weeks, starting August 20.