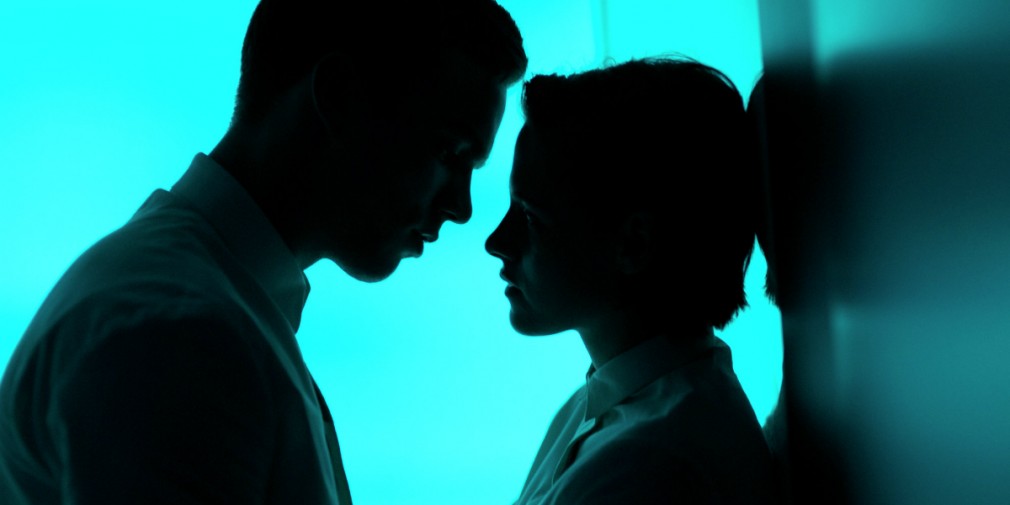 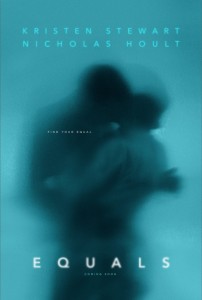 Every so often a feature comes to online platforms that disappoints: Not because of the narrative quality of the film, but because it has such a gorgeous production design you can’t help but wish you could watch it on a big screen.

Equals is one of those films, a science-fiction dystopia—solidly akin to genre classics THX-1138, Logan’s Run, and Gattaca— shot in Singapore and Japan. It has a powerfully austere visual sense from the director of Like Crazy and Breathe In, two other interesting films that didn’t open in cinemas locally.

In this future, emotions have been bred out of human beings. A hyper-efficient society called The Collective is driven by voices from flatscreens and uniform order, buttoned up to the neck. A small minority suffer from Switched-On Syndrome (SOS), a four-stage onset of terminal and uncontrolled feelings. Those who are in stage four are placed in the Defective Emotional Neuropathy (DEN) where most are prescribed a “pain-free death scenario.”

Silas (Nicholas Hoult) and Nia (Kristen Stewart) work together and despite their programming, they find a forbidden romantic connection. When Silas notices his strange feelings, he goes to the doctor to get treatment, but Nia’s a Hider. She keeps her “condition” a secret from everyone around her. Guy Pearce and Jacki Weaver also play citizens suffering from emotions.

Any hard science fiction worth its salt manifests thematically: this one tells the tale of any minority group ostracized for being different. It’s also a loose update on Romeo and Juliet, which may take from it some element of surprise, but what it misses by being predictable it makes up for in sheer icy cinematic world-building. It’s as much about the way it looks, sounds, and feels, as it is about plot. 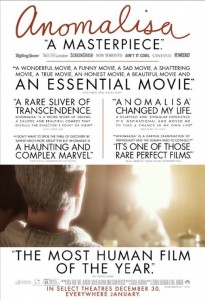 Charlie Kaufman, writer of Being John Malkovich, The Eternal Sunshine of the Spotless Mind, and Adaptation, is king of his own genre, telling tales of identity and the neuroses of the modern man. With Anomalisa he ventures into stop-motion animation with typically unnerving, idiosyncratic results.

Michael Stone (voiced by David Thewlis) is an expert in customer service, attending a conference in Cincinnati. It quickly becomes clear that everyone around him is speaking in the same voice, whether a man, woman, or child. All those voices are by Tom Noonan, probably best known as the killer in Michael Mann’s Manhunter, an actor with a nasally monotone.

Once at the hotel, Stone’s unhappiness and sense of alienation become increasingly clear. He suspects something is wrong with him, he just doesn’t know what. Then he hears a distinct voice, one that immediately beguiles. It’s Lisa (voiced by the wonderful Jennifer Jason Leigh), a woman staying in the hotel who intends on going to his talk.

What happens then includes one of the most realistic first sexual experience between two people I’ve ever seen on film, and it’s animated. I loved how Anomalisa is constantly commenting on its own unreality, and thereby making us think about what’s artificial, awkward, and self-conscious about how we live.

It’s also very much about the fleeting nature of love. Stone is haunted by an ex who wants him to explain why he fell out of love, and he can’t. He doesn’t understand it and he’s tortured by that not knowing. The fact that Lisa’s voice is different than everyone else’s triggers something powerful in him, something that demands he act, but might turn out to be as insubstantial and irrational as anything else in his life. Does that mean it’s not worth doing? Anomalisa is a dark, often painful viewing, but finally a very honest assessment of the vagaries of the heart. 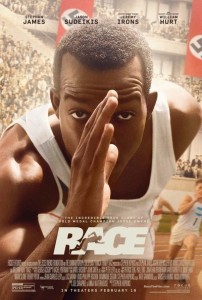 “There ain’t no black and white,” says the famed American Olympian Jesse Owens who competed at the 1936 Games in Berlin, in this biopic about his life. “There’s just fast and slow.”

But he would learn that the world isn’t as simple as that. Race tells a story everyone should know, worthy of the biopic treatment. If only it wasn’t so phlegmatic. Or long.

It’s slow going from the start: The script wants to fit in details about Owens’ fiancé and kid, a domestic trouble subplot that doesn’t go anywhere. We also spend time with Avery Brundage (Jeremy Irons), the president of the IOC, and the politics around whether the Americans would participate in an Olympics under the swastika. This is of historic note, but it stalls the narrative’s forward momentum. Race is at its best when it cleaves to the sports movie tropes and Owens leaves everyone in his dust.

He trains at Ohio State University with coach Larry Snyder (the lively Jason Sudeikis) and runs into the kind of racism you might expect in the 1930s, even in a northern school. The Owens/Snyder relationship is the film’s key relationship, and that carries some of the picture, but not enough.

Stephan James is solid as Owen: cocky in his abilities, but sensitive enough to know, once the spotlight is on him, that he has power to make a difference.

The emotional high point should be Berlin but the film gets bogged down again, this time with the deeply problematic filmmaker Leni Riefenstahl (played by Game of Thrones‘ Red Woman, Carice van Houten) depicted here as an artistic hero in the face of fascism, while wasting even more running time (no pun intended) on Owens’ passing connection with a German athlete.

Somewhere in here there’s a lean, 100-minute picture about a time, place, and astonishing athletic achievement, or maybe just a great documentary. Race is instead a history lesson that never quite gets out of the blocks.