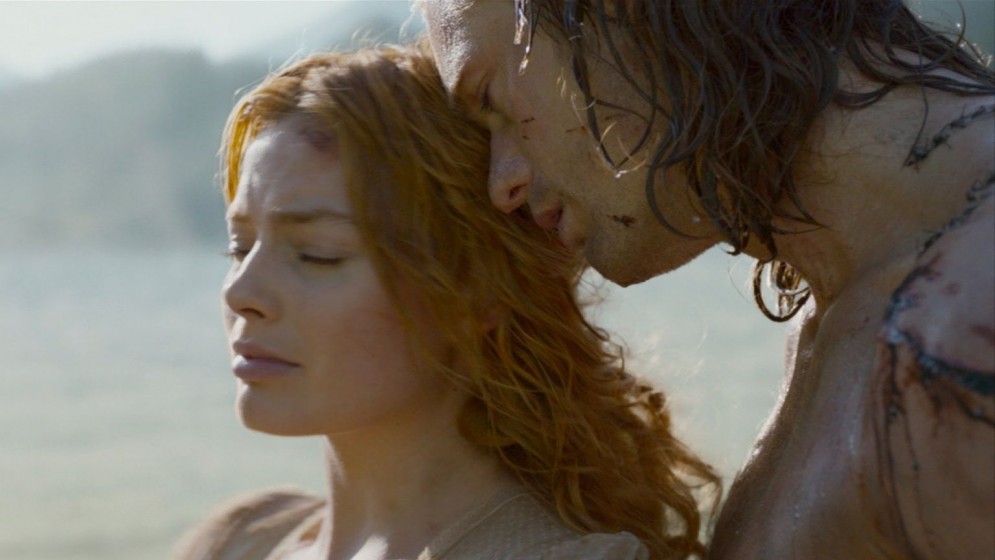 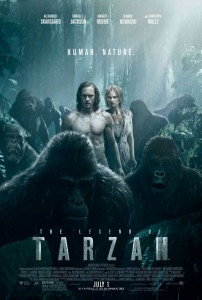 In 1984, Warner Bros released a big-budget bomb called Greystoke: The Legend of Tarzan, Lord Of The Apes. It was an effort to reframe Tarzan as a period drama, starring French actor Christopher Lambert during his brief stint as a Hollywood leading man. It was directed by Hugh Hudson, best known for the Oscar-winning Chariots of Fire. The 1980s Tarzan has charm but the movie was a critical and commercial failure.

What is it they say about those who forget history being doomed to repeat it? The Legend of Tarzan cuts down the title to a more manageable four words, but it’s a terrible movie, much worse than its ’80s predecessor.

Nothing about it works. Alexander Skarsgård always impressed in True Blood as the sexy, dangerous vampire, Erik Northman. Here, as John Clayton, aka Tarzan, the British Lord raised in the African jungle by apes, he gets to pose a lot and is ripped as hell, but is a vacant, charisma-free centre to this painfully dull film.

As Jane, Margot Robbie has more personality, but no chemistry with her male lead. She’s supposed to have agency,  saying she’s not interested in being a damsel in distress. Too bad, then, that she spends two-thirds of the film needing to be rescued. That isn’t the only hoary old cliche served up—there’s also the one about women being unfulfilled without children.

All this against the backdrop of European interests in the Congo, poorly explained machinations of the Belgian king’s need to increase cash to the treasury and collect diamonds. His plan is to turn the entire country into slaves. This is the historical record—in the effort to mine ivory and rubber—but The Legend of Tarzan rewrites that history, with Tarzan to the rescue. 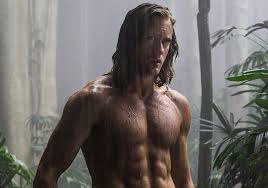 There’s a discussion to be had about the optics of a fantasy movie where a white westerner saves a non-white culture. It was appalling in something like The Last Samurai, and it’s no better here. Tarzan is generally a problematic character to revive in a modern context, but there’s a way to do it that’s fun, light, and maybe a little tongue-in-cheek. Yates takes the opposite approach—dour, loud, and muddled.

The worst of it is the CGI. After we’ve seen what’s possible with the technology in The Jungle Book, most of what’s onscreen here feels entirely unreal, especially the animals: Lions, crocodiles, elephants, and apes all fail to convince as anything but animated creatures, and a scene with wildebeest stampeding into the ocean is laughably bad. In scenes where Skarsgård is swinging from vines he looks a like a rubber man.

Meanwhile, the potent Djimon Hounsou is underused, and Christoph Waltz cashes a check as a Belgian villain, resolutely refusing to twirl his moustache—what a missed opportunity. Only Sam Jackson seems to know what kind of a movie this should be. He brings some joy, until he starts to ramble on about how he killed “Indians” back in the ‘States. Dire.