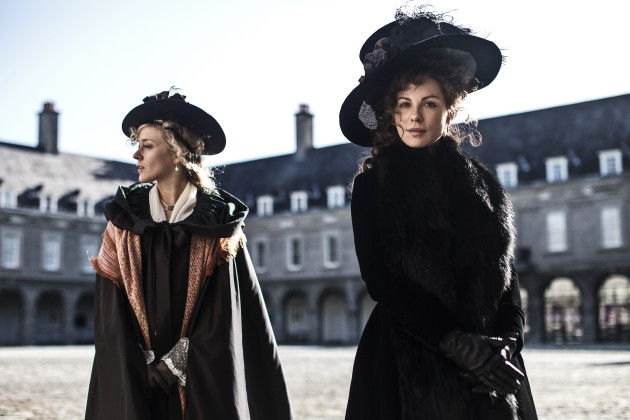 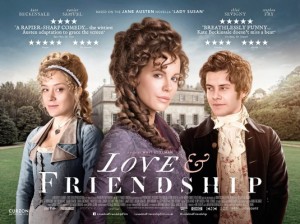 Lady Susan Vernon (Kate Beckinsale) is a young widow, resigned to black lace and perpetual grieving. Not really though; she’s far too busy manipulating everyone around her to waste time moping. She relies on the position and the luxurious residence of her wealthy sister-in-law (who hates her guts) and machinates in society to find a suitable husband for her daughter, Lucy (Morfydd Clark), while entertaining single and married men herself.

As with all Austen, there are frequent decamps from the comfortable country to busy London and back again, and a slew of supporting characters who writhe against their corsets and breeches while struggling to maintain the stiffest of upper lips. 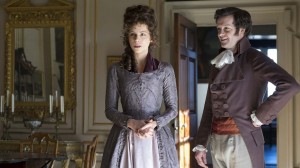 The Harvard-educated Stillman is best known for a trio of films about debutantes that at the time managed to feel both fusty and uber-trendy—hipster drawing room comedies about people you couldn’t quite believe existed: Metropolitan, Barcelona, and Last Days of Disco still have their deserved cult, but when Stillman finally returned to filmmaking in 2011 with Damsels In Distress—featuring his spiritual goddaughter Greta Gerwig—his hallmark verbal self-consciousness felt more annoying than charming. 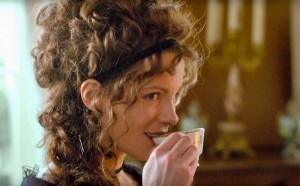 Which is partly why Love & Friendship is such a joy. Austen’s concerns about propriety and romance fit him like a  velvet glove, and reminds us why his films were such a pleasure in the first place . He also reunites the stellar Beckinsale with her Last Days of Disco co-star Chloë Sevigny, who plays Lady Susan’s American BFF.

What works best is Stillman’s irresistibly light touch. The film similarly channels the more comedic moments from previous Austen adaptations like Emma and Sense and Sensibility, while steering clear of anything approaching seriousness. Tom Bennett is a standout as Sir James Martin, a potential suitor for Lucy who’s thick as a brick.