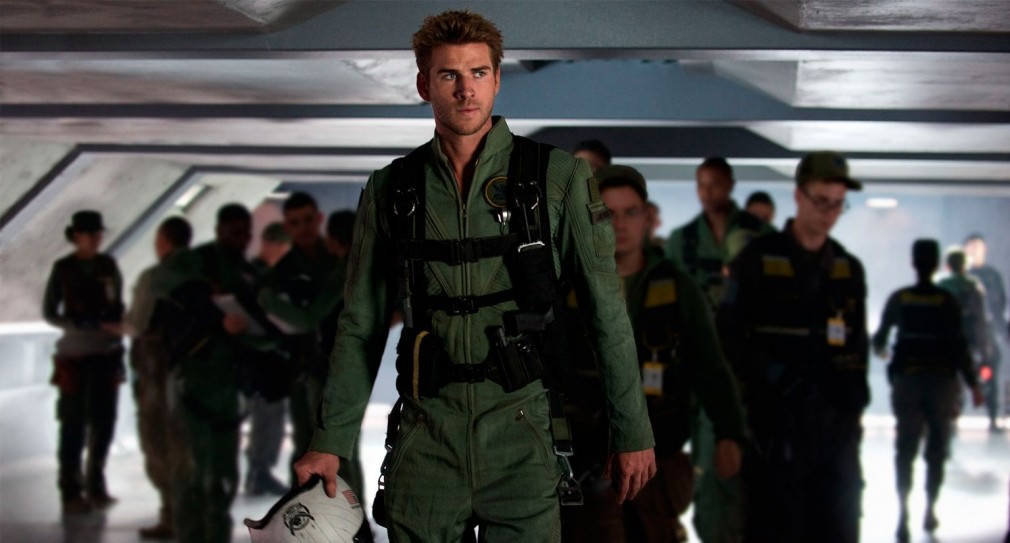 Hearing this sequel was coming down the pike, I availed myself of the original Independence Day from 1996. I have friends  who saw it at the right age, which gives them a rosy nostalgia about the movie. My memory of it wasn’t positive, but it surprised me by being funnier than I recalled, the comedy relief delivered by Harvey Fierstein, Harry Connick Jr., and Randy Quaid, leavening the jingoist crap. It’s silly, campy stuff—a cheesy ’50s alien invasion picture updated with cutting edge effects that have aged reasonably well over 20 years. And I can certainly see its influence on Pacific Rim, a movie I loved unreservedly. So I cut it some slack.

The sequel imagines a world mightily improved by the addition of alien tech left behind in the first invasion. It’s hard to believe, but we’ve managed to leave war behind and the skies are filled with cool, presumably environmentally friendly aircraft.

Sela Ward is president, while 1996 president Bill Pullman is now a whiskered madman, muttering to his daughter, Maika Monroe. She’s a pilot married to the dullest Hemsworth, Liam, who’s into space tugs (not what you think) up on the moon. He’s got some beef with Will Smith’s son from the first movie, now all grown up to be Jesse T. Usher. (Smith’s character has died in between the films.) Ideas from  better movies are lifted (War Of The Worlds and the Star Wars pictures most baldly), the dialogue is appallingly bad, the basic tenets of science are happily ignored, and the plot doesn’t have holes so much as gaping chasms.

But I can’t deny the kid in me did enjoy a few moments, mostly in the production design and sci-fi geekery.  Not quite enough to recommend it, mind you, but fans of the original might find enough here to enjoy.