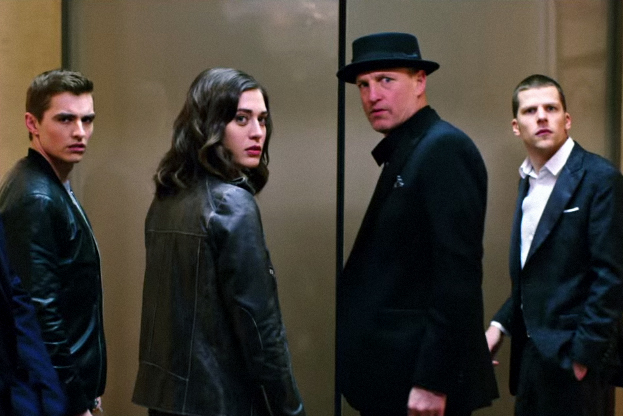 Just got home from a screening of Don’t Blink: Robert Frank, a documentary at the Halifax Independent Filmmakers Festival. It was the first time I’d seen a screening at the former North Street Church, but it’s a great space to enjoy a film. The documentary was compelling—Frank is a fascinating character.

The festival continues through until Sunday, including shorts programs, the experimental film 88:88, and the six-hour Portuguese epic Arabian Nights. Go here for more info.

Next week we’ll be getting another film festival in town starting Thursday, the outEast Queer Film Festival, but I’ll be sharing more details about that in a few days.

I really enjoyed the first Conjuring from 2013, but never saw the evil doll spin-off Annabelle. Now we’re getting The Conjuring 2. Though I’m very dubious of horror sequels, having literally never seen one that was as good as the original, I really like Vera Farmiga. I might check this out.

Hevn (Revenge) is an interesting Norwegian/Canadian film that skirts with thriller tropes but stays on the side of drama. My review is here.

American filmmaker Whit Stillman returns with a Jane Austen adaptation heavy on the comedy. Here’s my review of Love & Friendship.

I missed the original Now You See Me in cinemas but with the sequel coming out I thought I’d watch it. I found it remarkably awful. It’s a movie that thinks its smarter than it is, which is annoying enough. Worse, it wastes its talented cast, the effects are cheap, and it has no protagonist, only antagonists. As a result, I won’t be rushing out to see the sequel, Now You See Me 2, even with the addition of Daniel Radcliffe and the always excellent Lizzy Caplan.

Every once in awhile the Hollywood studios sell us the fiction that they’ve finally made the video game adaptation that we’ll really care about. Later this year it’ll be Assassin’s Creed. This weekend it’s Warcraft. I’m a gamer, but I don’t need more story in my games, and I love movies, but I don’t need them to be more like video games. (This was driven home when I saw Hardcore Henry.) The trailer for Warcraft doesn’t fill me with enthusiasm, but it is directed by Duncan Jones, who gave us the interesting Moon and the excellent Source Code. So, I guess we’ll see.