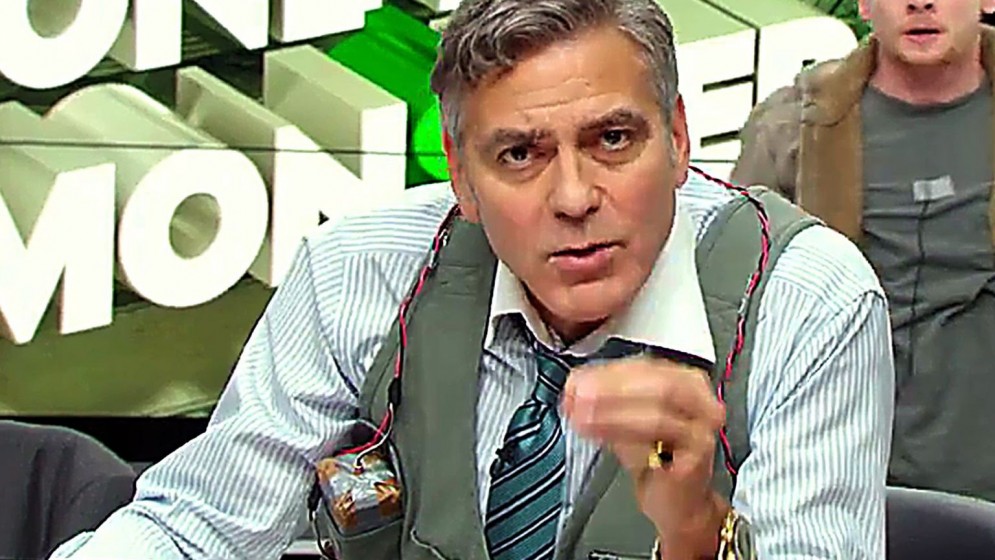 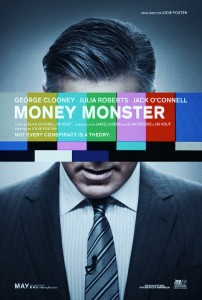 Money Monster seems to aspire to a kind of edgy, media-in-the-crosshairs comedy/drama mix. It wants to be like The Big Short, Broadcast News, or even Network. It isn’t at all, but that doesn’t mean it doesn’t deliver some fun for your cinematic dollar.

Kyle (Jack O’Connell) is a New York parcel delivery guy who lost a $60 grand investment when a publicly traded company had a computer glitch. Jim Cramer-esque blowhard Lee Gates promoted the company’s stock on his American cable financial advice show, so Kyle finds a way onto the set with a gun and a vest full of semtex, threatening to kill Lee and everyone in the studio if he doesn’t get some answers. Cue show producer, Patty (Julia Roberts), working behind the scenes to track down company president Walt Camby (Dominic West) via his PR spokesperson, Diane (Caitriona Balfe). 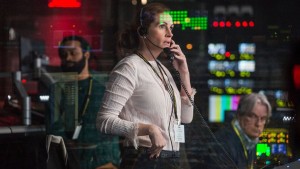 So far, so standard thrill: nothing a decent episode of Flashpoint wouldn’t deliver, along with a truckload of implausibilities—the ease with which Kyle manages to get into the studio boggles any reasonable mind, not to mention how far he gets with his half-assed plan. To compound the problems, the film sets up its media satire but fails to deliver any real bite. As a drama it fails to invest in genuine feeling for its characters’ circumstances. Even as a thriller, it pales in comparison with other New York finance world nail biters like Inside Man—not so coincidentally starring Jodie Foster—or even Margin Call.

Where it does work is in its comedic moments. Unexpected, laugh-out-loud gags pepper the gun-waving, sweaty dramatics, while genuine entertainment value bubbles up from watching West perfect his sleaze, Clooney flail, Roberts vanish in plain sight, and Outlander star Balfe out-glamour them all.