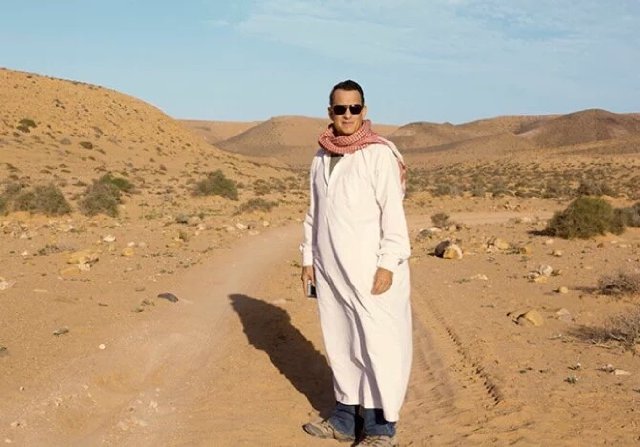 Written and Directed by Tom Tykwer, adapting the book by Dave Eggers | 98 min | on Netflix 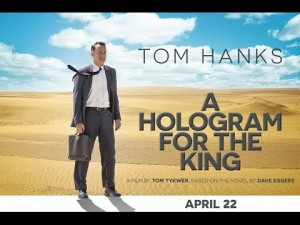 I’ve been dubious of recent movies where Americans go to the Middle East to find themselves, a dustier Eat Pray Love formula through a skewed western lens. At its best we get something like A Mighty Heart, and at its worst that abysmal sequel to Sex And The City. A Hologram For The King is definitely closer to the former, a quirky dramedy that’s both carried and yet somewhat diminished by its star. Tom Tykwer—German director of films as varied as Run Lola Run, Heaven, The International. and parts of Cloud Atlas—has taken what by all accounts is a moody novel about the outsourcing of the American Dream and delivered a rambling but diverting film about midlife rediscovery.

Tom Hanks is Alan, a Willie Loman-esque salesman representing an American tech corporation looking to do business with the Kingdom of Saudi Arabia. Alan’s a guy with a lot of baggage—in the middle of a divorce, guilty about being a bad dad to his daughter, guilted by his own father (Tom Skerritt), disrespected by his boss, and haunted by the bad business decisions in his past. Now he’s a fish out of water, dealing with a pitiless bureaucracy on the edge of a dune sea. 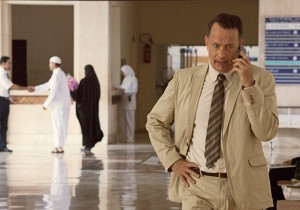 Tykwer presents a fairly clear-eyed portrait of the KSA with a host of terrific locations—shot in Egypt, Morocco, and Saudi—populated with interesting characters including Hanne (Borgen‘s Sidse Babett Knudsen), a Danish consultant, and a doctor (Sarita Choudhury) who tends to a couple of Alan’s medical issues. Only his driver, Yousef (unfortunately played by an American, Alexander Black) steers across the line into caricature. I wished the question posed in the film of the personal and cultural cost of international business in countries with problematic labour practices and human rights records had a stronger answer. Or at least an opinion. The one here seems to be: “If you can’t beat ’em, join ’em.” 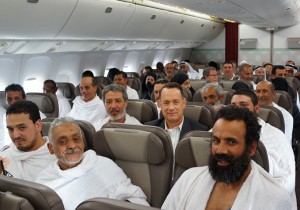 The film’s biggest asset and liability is Hanks. Through three decades of work he’s earned the title of Hollywood’s most likeable everyman actor, and he effortlessly carries this meandering tale. But if Tykwer had chosen a performer who trades more convincingly in personal damage, someone like Bill Murray or Bryan Cranston, the film might have delivered a little more edge (or melancholy humour) at its core.