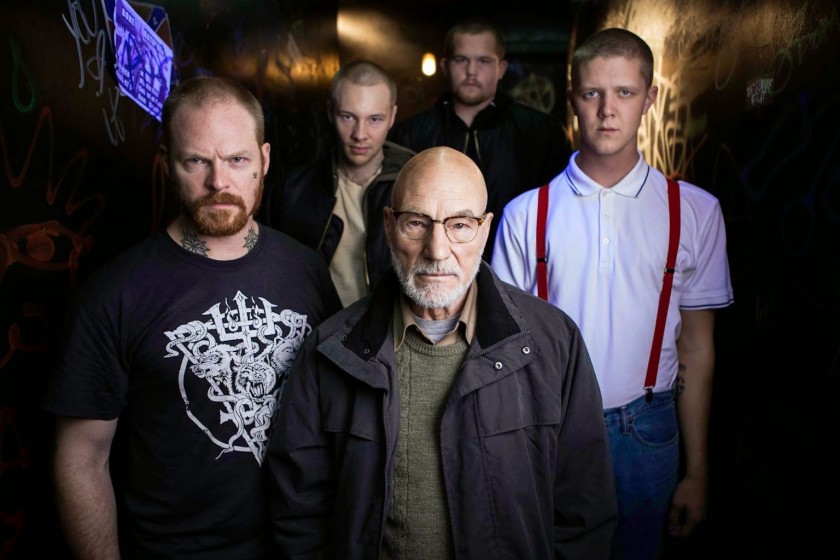 Francofonia is the last film in Carbon Arc’s Winter/spring season, a drama/documentary mix from Alexander Sokurov, the director of Russian Ark. This film’s about the Louvre and protecting artwork during World War II. Go here for more information, and check out the cinema’s blog, which I write.

The best thriller of 2016 so far is Jeremy Saulnier’s Green Room, which I was fortunate to see at the Atlantic Film Festival last September. I can’t recommend it highly enough, but be prepared for the ultra-violence, more so than Blue Ruin, his last film. And for Patrick Stewart to be a bad ass. But you already knew he was, dincha?

Keanu is a vehicle for comedians Keegan-Michael Key and Jordan Peele. Apparently, it’s also about a cat.

After a lot of uncertainty as to whether we’d get to see it at the multiplex, a deeply strange satire called The Lobster opens at The Oxford. It’s going to confound some, but I defy you to find anything like it in cinemas this year. Here are a few more of my thoughts on the film.

This week’s animation offering for kids is an adaptation of a video game, called Ratchet & Clank.

And then there’s Purple Rain. The movie that helped make Prince an international star screens Monday and Tuesday evening at Park Lane. If you haven’t seen it, here’s your chance. An entertaining mix of vanity project and domestic drama, it’s the music that still resonates..

Oh, and check out Canada’s Top 10 Film Festival, a chance to see some recent quality Canadian releases. They all happen between May 2 and 8 at the Halifax Central Library, and they’re all free. Go here for more detail.