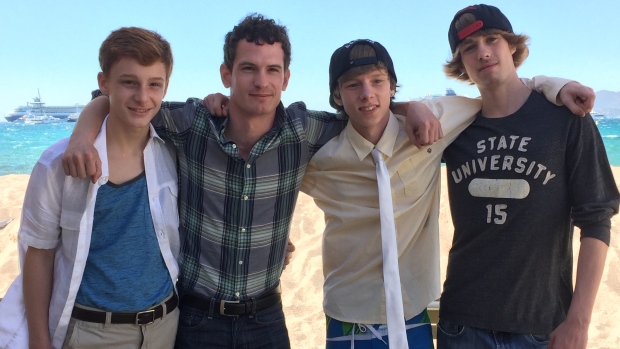 More interesting films opening this weekend, which is encouraging given what a drought we went through in March. Sad to see Demolition go. I guess it didn’t find an audience, but I found it a powerful, interesting film.

The buzz about A Hologram For The King hasn’t been great, though I’m a big fan of the German director, Tom Tykwer, who has helmed films as diverse as Run Lola Run, The International, Perfume, Heaven, and Cloud Atlas. Even when he misses the mark, he’s still interesting. I have to say, this trailer doesn’t fill me with encouragement. These western white folk fish-out-of-water stories in the Middle East? Maybe it’s time to dial back.

A new Richard Linklater movie is always an event, and this is no different. That Everybody Wants Some! seems to have some of the DNA of the director’s first acknowledged classic, Dazed And Confused, is especially thrilling.

Hello My Name Is Doris is reminding me of Harold and Maude, but I have a feeling it’s not nearly as weird.

Here’s this week’s entry in a special category I like to call A Sequel No One Asked For To A Movie No One Liked. Actually, I hear The Huntsman: Winter’s War is a prequel, which actually lowers my enthusiasm even more. Jessica Chastain, Emily Blunt, and Charlize Theron all in one movie is hard to ignore, I’ll give you that.

And this week’s musical biopic is about Miles Davis. I’ve heard Don Cheadle is pretty good in it, but I hope Miles Ahead manages to avoid the cliches of the genre. (The film is only out at Dartmouth Crossing.)

Excellent timing for Canadian National Film Day (which was Wednesday), the award-winning Thunder Bay-shot feature Sleeping Giant opens at The Oxford. This is your chance to see some quality Canadian cinema, folks. Don’t miss it.

The Carbon Arc winter/spring season is coming to a close next week, but we still have some terrific films to show. On Friday night at 7pm, we’re screening our own entry for Canadian National Film Day, a Quebec family drama Our Loved Ones (Les Étres Chers), and at 9:30pm we’re showing the creepy American thriller called The Invitation.