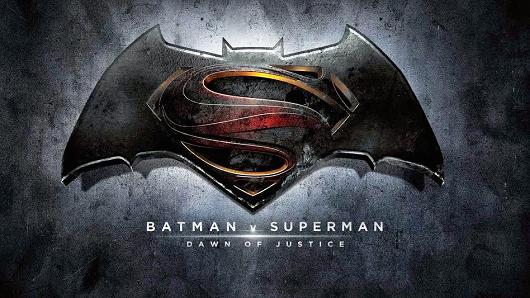 As I write this, the review embargo for Batman Vs Superman: Dawn Of Justice has just been lifted.

By Tuesday morning the advance reviews for the blockbuster will be out, just ahead of Wednesday’s preview and Thursday night’s screenings. I won’t read them, but I will look at the headlines, to get a sense of the reactions. That’s about as much detail as I need before seeing the film. I’ll enjoy the reviews after I see it, and after I write my own. When Star Wars: The Force Awakens opened I was thrilled. Not because I’m a lifelong Star Wars fan—though I am—but because the rampant hype was driving me crazy. I sometimes wonder whether people are genuinely excited about a new movie, or are the studios just carpetbombing us into submissive zombie moviegoers?

I understand excitement. I understand wanting to see trailers and reading about casting and what creative teams are working on a film or series—to a degree. But the cottage industry that’s cropped up dissecting trailers, studying the offhand comments of directors, and examining posters for clues to plots—and Star Wars was maybe the most egregious example of this to date—is the worst kind of internet trainspotting. It’s dull, annoying clickbait.

Given the negative way the nerderatti will react when someone, say, a cast member of a popular TV series, says something even slightly spoilerific, I don’t understand, on the other hand, the obsessive effort to glean details from every trailer for every blockbuster/ fantasy franchise out there. It’s a little like firearm advocates who are pro-life. You just can’t have it both ways.

All that said, here are a few of my thoughts on this picture officially in cinemas on Friday, headed towards us with the terrifying inevitability of a Trump presidency. The advance ticket sales for Batman Vs Superman: Dawn Of Justice must have Warner Brothers rubbing its hands together. But since the first trailer dropped in 2015, the positive buzz has been paired with a lot of crankiness, especially from real comic fans.

It reminds me that Man of Steel wasn’t universally adored, partly because the kind of Christopher Nolan-esque toughness Zack Snyder is building this whole universe on is a poor fit with the traditionally bright, optimistic air of the Superman comics or the Christopher Reeve Superman movies of the ’70s and ’80s.

It was also very heavy on the Christian allegory. The sequel screening over Easter? Make of that what you will.

I recently rewatched the film, and found it a lot less interesting than the first time I saw it.  What struck me were Snyder’s barely sublimated fascist themes and odes to American individualism.  Maybe he was making a direct connection of this power fantasy with Nietzsche’s ubermensch, but for me it was a big reminder that Snyder made his name with that right wing fantasy 300. One of the biggest, weirdest disconnects in DC Comics is this: With a few exceptions, most of them in the past decade, the publisher’s superhero comics have always been lighter and friendlier than Marvel. Marvel brought angst to superheroes in the 1960s with Peter Parker’s guilt and the X-Men’s otherness. And DC has Aquaman. Think about it.  DC may want to frame Superman as an alien visitor, but for most people the guy is much more familiar as the farmboy from Kansas. And this is the tradition of DC Comics—despite Frank Miller’s The Dark Knight Returns, or Alan Moore’s The Killing Joke, or even Nolan’s Batman movies. Batman has always been the darkest corner of that universe, but he’s also been Adam West, and spent the 1950s surrounded by enormous typewriters and a boy in swim trunks. I offer that Batman and Superman never really worked as a team because their worlds are so different. In The Dark Knight Returns, Miller depicted Superman as a government stooge. It’ll be interesting to see how much Snyder borrows from Miller for his new film. I also offer the example of King Kong vs Godzilla, or Alien vs Predator. These pairings invariably diminish the lustre of the individual. I do look forward to seeing whether Snyder can improve on his first Superman movie, and whether he can make Ben Affleck into a more compelling man-in-tights than either Daredevil or his Superman in Hollywoodland. Given how few people went to see those other movies, it’s frankly amazing that Affleck has been given another shot at this. That Oscar-winning screenwriter and director really hasn’t convinced as a superhero. To be honest, I’m most looking forward to Wonder Woman.