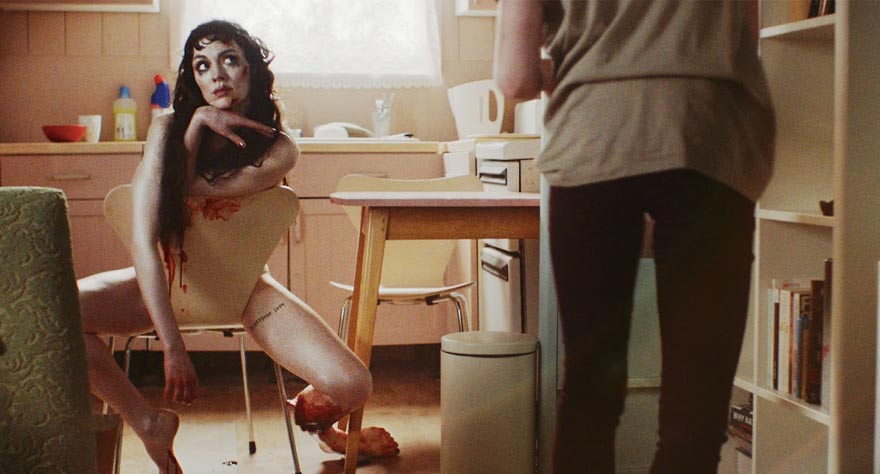 Written and directed by The Blaine Brothers | 98 min | On Demand 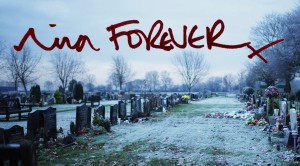 In the annals of cinematic genre mashups, I’d never have imagined a mix of Truly Madly Deeply, Moonlight Mile, and Evil Dead, but here we are. The first feature by filmmakers Ben and Chris Blaine is a fresh take on multiple genres, and for that they deserve genuine props.

That the mix includes a light dollop of kitchen sink drama is also to its credit: Holly (Abigail Hardingham) is in her late teens, working at a grocery store somewhere in grey, suburban Britain. She’s fascinated by a coworker, Rob (Cian Barry), who’s having a rough time getting over the accidental death of his girlfriend, Nina (Fiona O’Shaughnessy). Holly seduces Rob, but as they get it on, Nina erupts from the bedsheets, bloody from her fatal injuries, and generally pissed off at the current state of affairs, what with a new girl in her beau’s life. 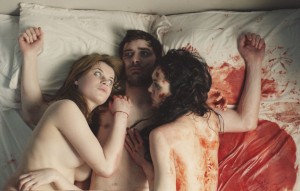 What follows could have been played broadly and for mordant laughs, but instead we get a fairly serious dive into unusual/supernatural circumstances. Holly takes the initiative, first inviting Nina to be part of the sexual relationship, then going to some effort to exorcise her, without much luck. Rob spends every Sunday with Nina’s parents in a kind of awkward grieving support group, becoming only more awkward when Rob invites Holly to join in. Compounding matters is that every time Nina shows up, she ruins the sheets, which need to be dumped and replaced—the one genuine thread of comic relief through the film. 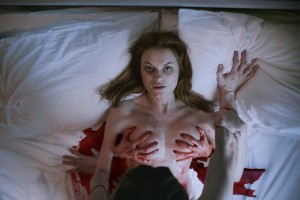 This all could be a metaphor for grieving and learning to let go, the way the Minghella  film  was—I doubt it’s a coincidence both films feature a Nina—or even for sexually transmitted infections. But Nina Forever has more to say about the diverse, hidden, and sometimes even shameful reasons people are drawn to each other.

Though it stalls a little in the third act, and Rob’s character is a little dull for someone supposedly so tormented, this is diverting and original stuff.