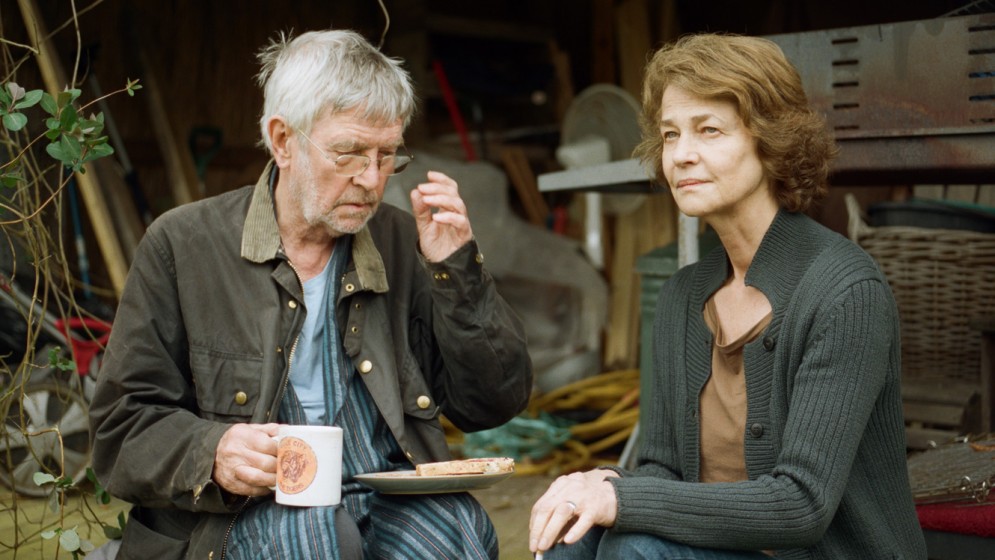 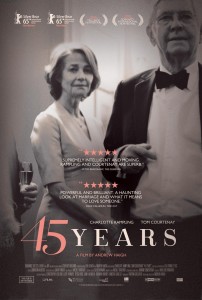 We open long and wide  on an English village. It holds for what feels like minutes, plenty of time to absorb details—the fields, the houses, a dog, running. It’s the stillness that resonates. Stillness continues throughout this beautifully observed story of a woman coming to grips with sudden, disturbing news, and the shifting foundation of her relationship.

As they prepare for a celebration of their 45th anniversary—the five days leading up to the party are chaptered—Kate (Charlotte Rampling) and Geoff (Tom Courtenay) hear that a woman Geoff dated and travelled with back in the early 60s, a woman who died in a fall, her body has been found encased in a glacier.  The timing of the discovery, combined with the anniversary, brings out secrets from Geoff’s past.

The story, and the camera, lingers on Kate. This is about her, her reactions to Geoff and his ghosts, and her suspicion that he may be hiding more that he’s saying. She’s our unreliable narrator, and because we only know the world of this relationship through her, the objective truth about Geoff and what lives between them remains out of reach. 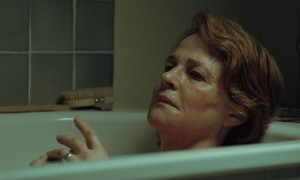 There’s something compelling about all the stillness—most of the music in the picture is diegetic, classical and pop songs of the 60s, supported by birdsong and perfectly timed church bells.

But there’s also something wholly English about all of it, too. It’s in the couple’s mannered, restrained communication, the way they struggle to express themselves, to articulate joy. It’s a repression that’s at least partly cultural, which, unfortunately, makes the film feel just a little less universal.

However, the performances are rock solid and lived in. Rampling is both fragile and strong, brittle and yielding. See it for her Oscar-nominated turn, and for a heartbreaking final shot.

45 Years opens at the Oxford on Friday, February 12.