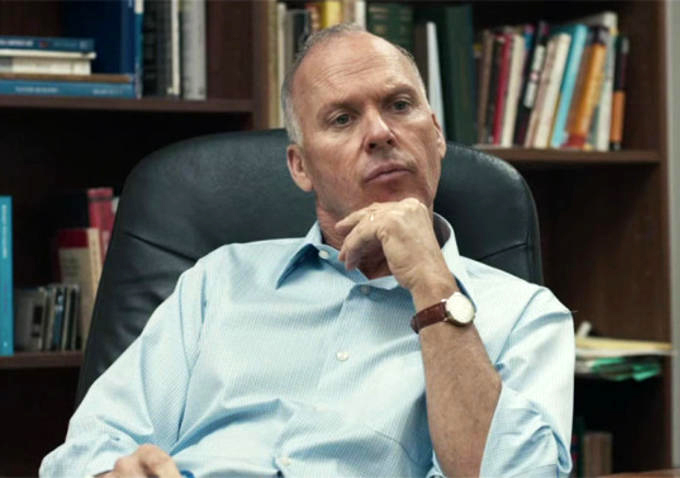 Thanks for checking out my list of the best movies of 2015. It’s taken me a little while to feel confident assembling this list, but having now seen late arrivals The Hateful Eight and The Revenant, I’m gonna commit. I may to add a couple more to the list if Anomalisa and 45 Days are as good as people are saying. Those are 2015 releases that may open in Halifax later in the month.

Here are a few words about criteria for this list:

I am choosing films released in Canada in the 2015 calendar year, in cinemas, VOD, or on Blu-Ray. If the film was only available to be seen on the festival circuit I’ll consider it in 2016—Green Room, I’m looking at you.

2015 was a pretty good time at the movies. From a long list of 25 films I struggled to choose just 10, though one did distinguish itself especially. 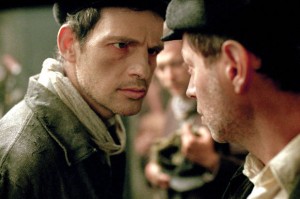 A Hungarian film of startling power, directed and co-written by first timer László Nemes. Set over two days in a Nazi death camp, it’s the ideal marriage of form and content. Nemes shoots almost the entire film in shallow focus close-up—the opening shot is blurry until his leading man walks into the frame—and it has a 4:3 aspect ratio, all of which creates a diabolical sense of claustrophobia. We’re used to seeing much more of the image, where this restricted approach forces us to pay more attention to the sound design. Those sounds are terrifying, with so much of the film set outside the frame in our imagination.

It played at the Atlantic Film Festival and at the TIFF Lightbox in Toronto. Hopefully it will get a release in Halifax soon. 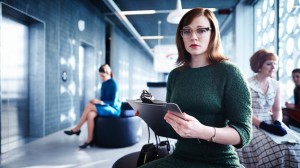 Science fiction from the Australian Spierig brothers, the film adapts one of the most perfect time-travel short stories ever, Robert A. Heinlein’s All You Zombies, turning it into a gripping thriller as well as a drama about gender and identity as potent as The Danish Girl.  A nerdy gem, it deserves to be more widely seen.

8. The Clouds of Sils Maria 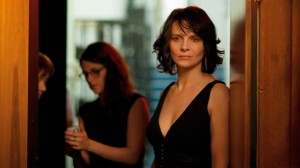 Oliver Assayas delivers a wonderfully coy and delicate showbusiness satire in this film. He casts two unlikely sparring partners, Juliette Binoche and Kristen Stewart, as a famed actor and her personal assistant, who spend the bulk of the movie rehearsing a play in the Alps. Their relationship and the one between the women in the piece begin to merge, with the added layer of meaning that casting Stewart has on a story about the intangibility of fame. Delightfully unique and unexpected. 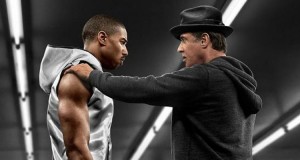 The year’s biggest surprise is the return of the Rocky franchise, which had its solid, reasonable conclusion back in 2006, with no one needing another entry. And yet here’s Creed, a spin-off, refresh, relaunch, reboot, whatever you want to call it. I call it a clinic on how to handle familiar material but make it new, with Fruitvale Station filmmaker Ryan Coogler offering just the right amount of nostalgia with just the right amount of deft narrative novelty. Add a collection of great performances, including from ol’ Sly Stallone himself, and you have the most potent sports movie in years.

6. The Disappearance of Eleanor Rigby 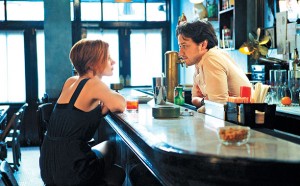 The year’s biggest mystery: How this moving drama got buried. Available on iTunes and Blu-Ray in Canada in its single edition, the film was originally conceived by filmmaker Ned Benson and did the 2013 festival circuit as two movies, a his-and-hers perspective on the end of a relationship in New York City. With never-better performances from Jessica Chastain, James McAvoy, Ciaran Hinds, Bill Hader, and Viola Davis, see it in whichever form you can. (The two movie version is available in the States.) 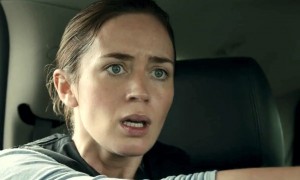 Denis Villeneuve is, along with Jean-Marc Vallée, staging a Quebecker coup of Hollywood. Villeneuve’s ice-cold thriller is the best of his recent work in English, a cinematic gut punch. It looks at the horror of an unwinnable war—the international drug trade, which has created feudal warlords in parts of Mexico and grey areas in American law enforcement. It’s also a thriller with a potent lead in Emily Blunt, doing a dance between vulnerability and strength, and the return of Benicio Del Toro to roles worthy of his talent. 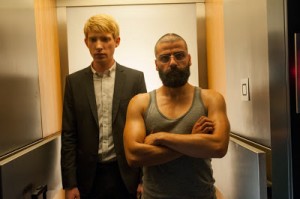 Novelist and screenwriter Alex Garland’s first feature is a deeply philosophical text about artificial intelligence and a sexbot, nicely upending fanboys’ expectations by luring them in then turning them into bloody chum to a shark of a plot. The film is a gorgeously composed three-hander, featuring 2015’s three most talented and busiest actors—Oscar Isaac, Domhnall Gleeson, and Alicia Vikander—in what is destined to be a stone cold science fiction classic. 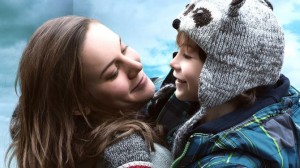 Some in the critical firmament have remarked this film is flawed by its emotional high point—a boy escapes confinement and discovers a world—being smack in the centre of its running time. I argue that’s one of its innovations, a risky move by director Lenny Abrahamson that pays off, bisecting the film but allowing for a deeper understanding of how trauma can follow down freedom’s road. Moving and essential, Brie Larson has my vote for whatever acting nods she’s up for. 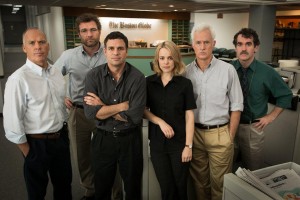 An unhurried procedural featuring a terrific, showboat-resistant ensemble, Spotlight reminds us of the utter necessity of trained investigative journalists, which gives the film an extra layer of timely solemnity (there are so few of them these days) beyond its grim subject matter—the real life uncovering of a conspiracy in the Catholic Church to protect abusive priests. It’s time for writer-director-actor Tom McCarthy to get the recognition he deserves.

At the movies in 2015, there was Mad Max. And there was everything else. 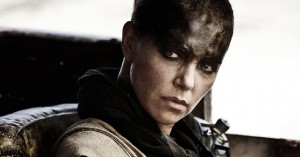 It’s a film with an impossible kineticism that redefined what action cinema is right now, leaving all pretenders in its (significant) dust. It may be a revival of a 35-year-old franchise from its original director, the indefatigable George Miller, but it’s actually beyond genre and utterly new—beautifully shot, with a fully formed universe featuring well-rounded characters, a defined political and environmental conscience, and a wonderfully matter-of-fact way about its post-apocalyptic machinations. I’ve seen it four times and I’m nowhere near done with it, or it with me. 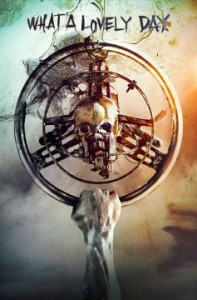 Honorable Mention: A few more quality films that made the long list:  The Big Short, Brooklyn, Carol, The Danish Girl, Diary Of A Teenage Girl, Grandma, Inside Out, It Follows, Magic Mike XXL, Me And Earl And The Dying Girl, Mission:Impossible – Rogue Nation, Paddington, Slow West, Tangerine, Z For Zachariah.

To read my list of 10 under-the-radar films from 2015 (and there are a few overlaps with the list above) go here.