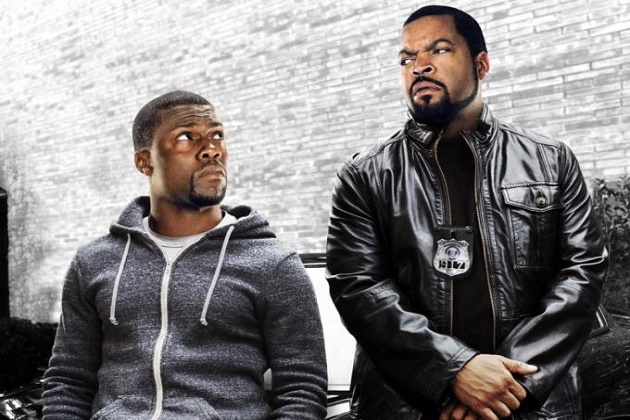 Youth is a gorgeous looking film about aging artists. While I didn’t love it, it stars the great Michael Caine, Harvey Keitel, Rachel Weisz, and Jane Fonda, all of whom are very watchable. For more of my thoughts on the film, go here.

Action comedy sequel time: Ride Along 2 reunites Kevin Hart as the security-guard-turned-cop with Detective Ice Cube, who he perpetually annoys. This time in Miami, with Olivia Munn, Benjamin Bratt, and Ken Jeong costarring.

Also opening is an animated adventure about a Polar Bear who goes to New York City called Norm Of The North. Featuring the triumphant return of comedy giant Rob Schneider as Norm.

Also opening in cinemas this weekend, the return of Steve Jobs. Someone must’ve expected it would get an Oscar nod or two, which it did in acting categories … but how come they aren’t they bringing Spotlight back? It ran out in Bayers Lake in a single cinema for a couple of weeks. It could use a chance at a larger audience. This week in cinemas you can also watch Sabrina (1954), A Clockwork Orange, and the return of Benedict Cumberbatch in his popular TV series Sherlock: The Abominable Bride. Click on the links to cinemas on the right for dates and times.