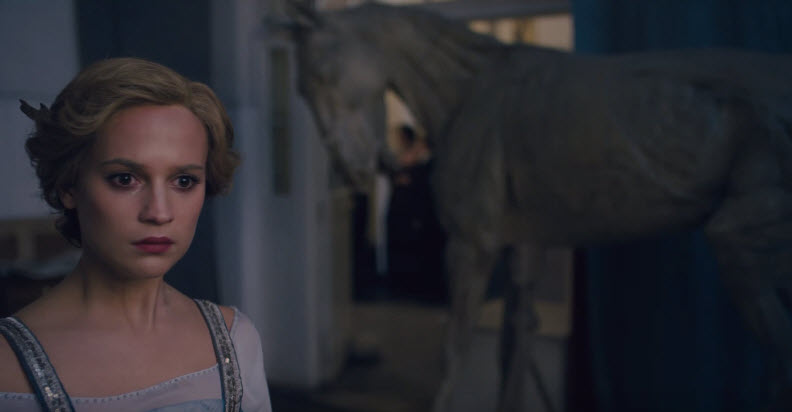 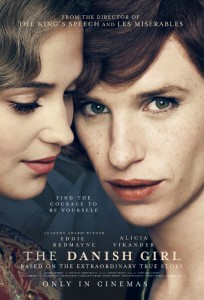 The Danish Girl is a biopic of Einar Wegener, who in the late 1920s became Lili Elbe, the first transgender person to undergo surgical reassignment. At its heart, the film is a love story between Einar/Lili (Eddie Redmayne) and Gerda (Alicia Vikander), their wife. Both painters in Copenhagen, with Gerda’s career ascendant, they relocate to Paris, where they connect with an old friend of Einar’s, Hans (Matthais Schoenaerts).

Einar experiences a moment of becoming—she’s kissed by Ben Whishaw’s eager suitor, emotionally transforming into Lili. That’s when the film had me, largely thanks to the vulnerability in Redmayne’s eyes. 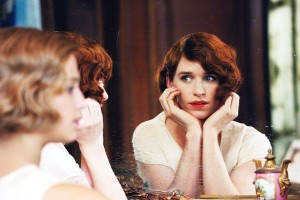 The film is mostly about identity, and how the couple navigates these profound changes. While Redmayne relies on his deep physical commitment—which won him the Oscar for The Theory of Everything—to help us grasp the emotional/psychological shifts in the chracter, Vikander’s Gerda provides the emotional hook for the audience, her support for her partner unwavering, all this while Lili’s courage to be herself is simply off the chart. This is an actors’ showcase, and both leads are terrific.

I didn’t expect the film to be so sensual. It’s not just about nudity, it’s the care to the gentle sound design, and the way the camera glides over surfaces, explores texture and colour. There’s a great repeated motif of Einar/Lili’s hand running over costumes backstage at a theatre that reminded me of Terrence Malick’s shots of his actors walking through long grass in Days of Heaven. There’s a similarly understated study of nature and all its variety going on here that impresses. 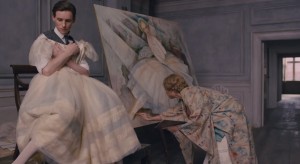 The production design—shot in Denmark, Belgium, France, Germany, and in studios in the UK—is just astonishing. The costumes, make-up, and sets are flawless.That could either be a debit or an asset to the film, depending on where you stand with its creator.

It’s easy to be cynical about Hooper, whose genuinely moving The King’s Speech was also the dictionary definition of polite,  middlebrow Oscar bait. There’s a definite conservative gloss to his storytelling, but here it is trumped by the  timely humanism, the top-drawer performances, and the glorious look of the film, where every close-up is a work of art.