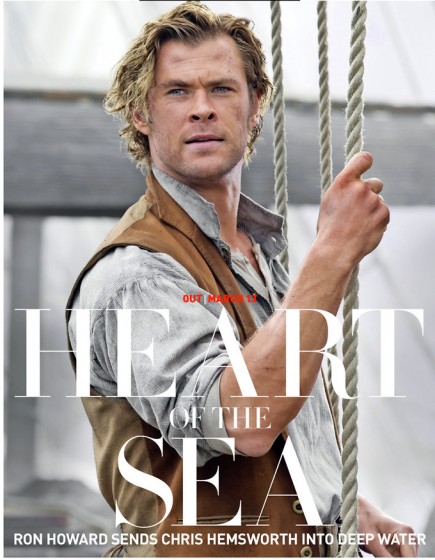 It’s not that Brooklyn is necessarily old-fashioned in its story beats, but there is something very traditional about the tale of a young woman leaving her family in Ireland in the early ’50s, moving to America and finding love in a New York borough. See it for Golden Globe-nominated Saoirse Ronan. As my Lens Me Your Ears co-host Stephen Cooke says about her—she has a gift of communicating a great deal through her eyes,without saying a thing, like Liv Ullman. My full review is here.

Back in March I wrote a piece about how the new Ron Howard whale picture was massively delayed , and how that’s never a good thing for a movie. Given the CGI-heavy special effects in the trailer, I wouldn’t be surprised if that had something to do with it. At any rate, In The Heart Of The Sea is finally here.

There’s a market for documentaries about YouTube stars, apparently. That’s what Snervous Tyler Oakley is.

And among Cineplex’s short-run screenings, this weekend you could see Die Hard once again on the big screen. It is a Christmas movie after all. Check out the listings on the Local Cinema button in the column to the right.