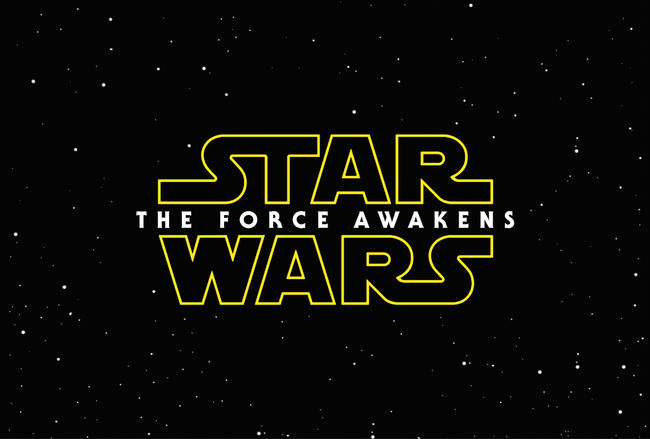 I started with Star Wars. It was the defining myth of my childhood.

I was six when the first movie came out, nine and 12 with the second (The Empire Strikes Back) and third (Return Of The Jedi), respectively. More or less the perfect ages to get swept up in it all.

To secure my nerd credentials, I offer into evidence this photo at age nine, wearing a “Darth Vader Lives” t-shirt. Other photos I’m including were taken at the Star Wars Experience exhibit in Ottawa a few years ago. 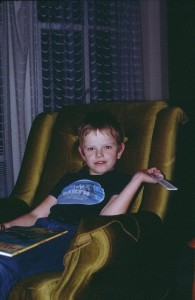 This week Star Wars: The Force Awakens arrives on screens, the first sequel of many promised by the Disney company that now owns the Star Wars universe. I’ve already detailed my deep ambivalence about the director of the new film, JJ Abrams, and the problems I had with his most recent Star Trek picture, but the kid in me can’t help but be a little excited about the prospect of more Star Wars.

Even in light of the prequels, which were all pretty awful in comparison to the original trilogy. Frankly, at this point I’m happy to have the new movie come out just to end relentless hype and the cottage industry of advance trailer vivisection.

In the 32 years since ROTJ, I’ve seen the original trilogy many times and there are things I’ve noticed with my adult eyes that were invisible to me as a child. Here are 10 of them:

Roger Ebert said the heroes in Star Wars were from westerns, and the villains a cross between Nazis and sorcerers. That seems right on the money—Grand Moff Tarkin and the rest of those Empire bigwigs, and especially the dudes with the teardrop shaped helmets operating the Death Star’s planet destroyer laser, have a genuinely sinister Nazi quality, while Vader is entirely a dark wizard. 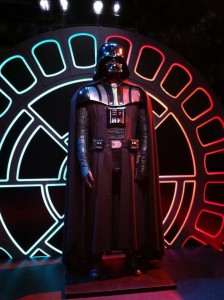 No one respects a droid. They’re lesser beings, and we’re constantly reminded of it. Even though R2D2 and C3P0 are the first characters we get to know, the sweet heart of Star Wars, they’re barely tolerated by human beings: “We don’t serve their kind,” is what we hear in the Mos Eisley cantina, and Luke, instead of standing up to that kind of bigotry, just says to C3P0, “You better wait outside. We don’t want any trouble.” Later, in ROTJ, Luke gives both R2D2 and Threepio as a gift to Jabba the Hutt without letting Threepio in on his plan. I’m not sure what point Lucas was making with this repeating story thread, but as an adult I find it slightly depressing. 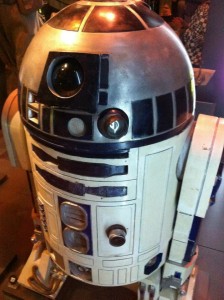 Otherwise known as Tusken Raiders, they’re the nomadic, aggressive desert people on Tatooine.  They’re still really frightening, but considering them now, they seem to me a little like a Western person’s nightmarish colonial impression of some Middle Eastern cultures. It wouldn’t be the last time George Lucas skirted around some insensitive cultural stuff. 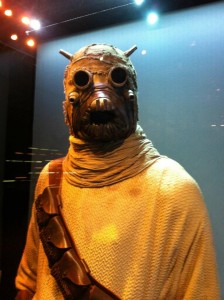 I’ve never quite believed that Fisher was just 20 when Star Wars was released, and now I know why: It’s partly her confidence in the role playing a princess, perhaps the perfect part for someone who was raised as Hollywood royalty—she’s the daughter of Debbie Reynolds and Eddie Fisher. But mostly it’s her voice, the huskiness and the strangely mid-Atlantic accent. It’s perfect, and it means she can deliver lines like, “You stuck-up, half-witted, scruffy-looking, Nerf-herder!” without sounding entirely silly.

5. The Absence of Women

Aside from Aunt Beru, is Leia the only female character in the first Star Wars? I’ve looked for others and struggled to see any, even among the various aliens and rebels. There are more in TESB and ROTJ, but not many. I guess this is no secret, but it’s amazing to me now how much those first three films were made by, about, and for boys. Nice to see, at least, that the new film has more leading female characters.

The Frank Oz-voiced Yoda of TESB has so many sophisticated expressions, believing he was an actual living being was effortless. Not much chance of that with his CGI versions in the prequels. And his philosophy remains as powerful as ever, especially when he instructs The Force as a spiritual code, encouraging Luke to understand his inner self. “Luminous beings are we, not this crude matter.” So great.

This is the weirdest thing in any Star Wars movie to date: In the midst of his training, Luke wanders into a Degobahian hollow, encountering a slo-mo Darth Vader. He decapitates the Sith Lord, only to find his own face beneath the mask. Tonally, it’s borderline David Lynch, but it helps define the middle chapter as the best, darkest, and strangest, of the three.

8. The Darkness in Return of the Jedi

Yes, it’s got the annoyingly cute Ewoks, and it’s far and away the most PG-friendly of the original trilogy, but it also has that terrific opening in Jabba’s Palace, and the scene over the Sarlacc pit.

The real darkness in the story lies with Luke, and his temptation to the Dark Side of the Force. To start with, he’s frustrated with both Obi Wan Kenobi and Yoda for not telling him about his father. He’s arrogant in how he handles Jabba, and a little cool when he rescues his friends. The Emperor certainly has some success stoking his anger, providing a few genuine moments of doubt as to whether Luke will be able to resist.

Vader threatening Leia is a key moment, as is when Luke notices his mechanical hand is not so unlike Darth Vader’s evil tech. It completes Luke’s character arc. He comes a long way from the whiny moisture farmer complaining about not being able to attend the academy. 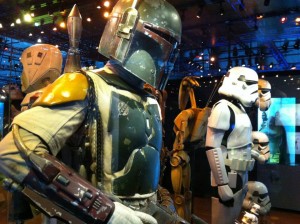 As a kid, I always liked Darth Vader for his extreme villainy, and was actually kind of disappointed when his conscience forced him to intervene to save Luke’s life at the end of ROTJ. I didn’t want the complexity in him, the hidden goodness. I wanted to him to be unalloyed, pure evil.

But since the arrival of the prequels, which, for better or for worse, have made the Star Wars saga to date the story of Anakin Skywalker, the fact he showed his good side late in the game makes a lot more sense. As I’ve indicated, I’m not much of a fan of Episodes I, II, and III—though III is the best of them—but taken as a six movie series, the final fate of Darth Vader makes a lot more storytelling sense than it had before.

10. They Should’ve Killed Off Lando Calrissian

In the early draft of ROTJ I’ve read, then called Revenge Of The Jedi, Lando piloting the Millennium Falcon doesn’t get clear of the second exploding Death Star in time, dying in the attempt. His final words express regret that he promised Han Solo he’d return his ship to him in one piece. Interestingly, Solo has a premonition earlier in the film that he won’t see his beloved ship again, which is still in the final version of this picture. 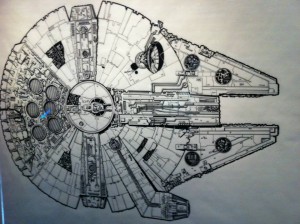 A death among the rebels would have helped add some weight to this climactic battle, a sense of real sacrifice amongst their number, and it would have given Billy Dee Williams a genuinely redemptive moment of his own. Too bad.