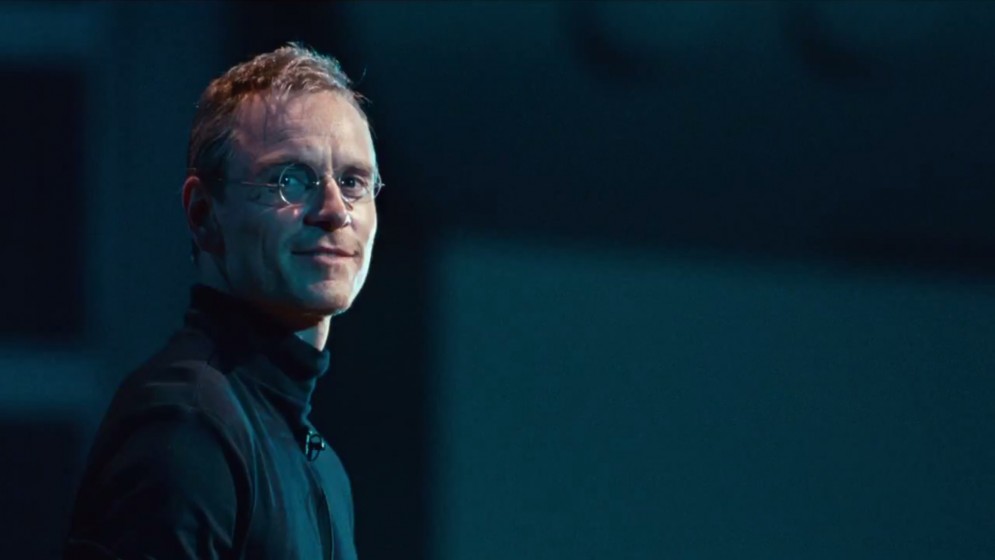 Directed by Danny Boyle | Written by Aaron Sorkin, based on a book by Walter Isaacson| 122 min

There’s been some noise in the blogosphere about whether another Steve Jobs movie is even necessary. How much more do we need to hear about this guy? I’ve now seen the film, and the answer might be a lot less than we have. 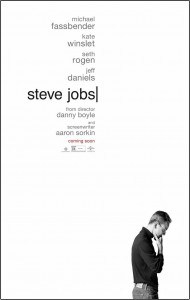 Adapting the popular book about the Apple Computer genius, Sorkin avoids some of the typical biopic pitfalls by setting up a triptych structure: a handful of recurring characters meet in the minutes before three different product launches in 1984, ’88, and ’98. Cue a series of heated backstage walk-and-talk discussions with a deadline each time—it’s like Birdman without the camera trick. Unfortunately, the structure doesn’t do much to enervate the storytelling. The film is theatrical at best, stagey and artificial at worst. 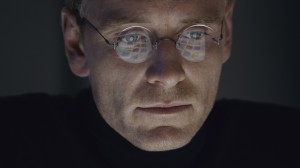 The script works hard to show our eponymous genius (played with gusto by Michael Fassbender) was a deeply flawed man, frustrating his colleagues (Seth Rogen as Steve Wozniak, Michael Stuhlbarg as Andy Hertzfeld, and Jeff Daniels as Apple CEO John Sculley) with his relentless perfectionism, while actively denying the paternity of a little girl, Lisa, daughter of Chrisann Brennan (Katherine Waterson). The only person able to put up with him is his marketing executive, Joanna Hoffman (Kate Winslet), and then just barely. 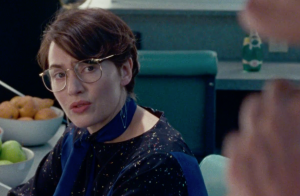 It’s a strange thing: While handily deconstructing some of the myth around this guy—he’s magnetic, but also a toxic asshole—Sorkin and Boyle’s triumphalism, clear in the distracting over-application of Daniel Pemberton’s score and constant reminder of Jobs’ professional brilliance, manages to celebrate him more than ever.  And in the final, sentimental third, Jobs finally figures out how to be a good father, and for that (and, of course, his gift for gadgetry) we’re supposed to understand/forgive his unrelenting douchebaggery. It only took him 14 years to get his priorities straight.

What made The Social Network (also from a Sorkin script) so fascinating was that Mark Zuckerberg was both the villain and hero of his story, both a bully and the underdog. Jobs has none of that interesting duality. The film’s fatal flaw is the expectation we transfer our fascination for our laptop and smartphones to their inventor. Facebook was just the McGuffin in The Social Network. At no time were we required to love the program in order to muster an interest in its founder.