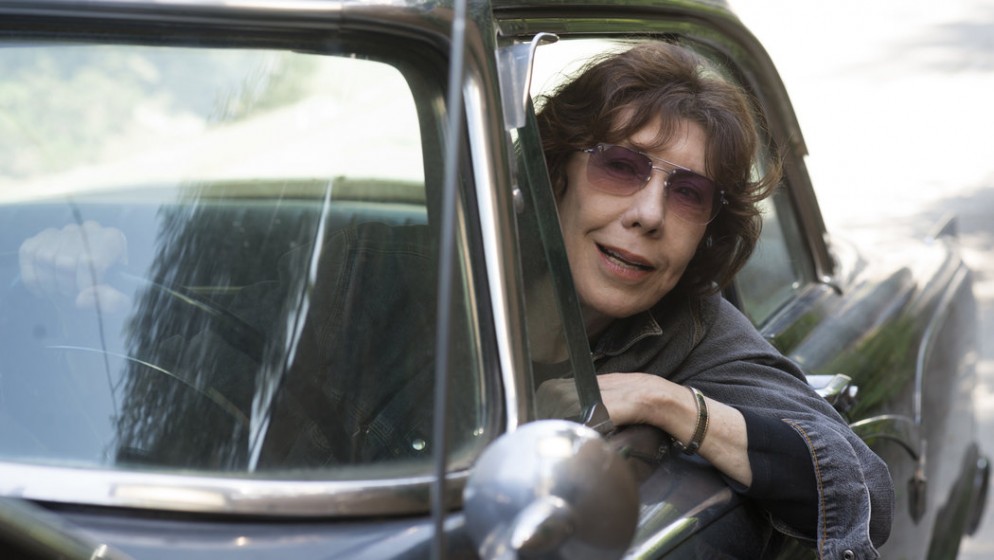 I really liked Grandma, a simple but surprisingly wonderful movie, in which Lily Tomlin’s Elle helps her granddaughter get an abortion. Check out my full review here.

After weeks of ads, we’re finally getting a chance to see Steve Jobs, the creatively titled Steve Jobs movie. Whether we need another cinematic take on this guy is highly debatable, but with Danny Boyle directing, Aaron Sorkin on script duties, and starring Michael Fassbender and Kate Winslet? I’m there.

I’m continually surprised by what Hollywood chooses to greenlight. What was it about The Last Witch Hunter that seemed appealing to audiences? I’m not convinced anyone wants to see Vin Diesel if he’s not behind the wheel of a classic Dodge Charger.

I saw Atom Egoyan’s Remember at the Atlantic Film Festival this year, and I can’t say it impressed me overmuch. It has a gritty, b-movie premise I liked and the always excellent Christopher Plummer and Martin Landau, but it doesn’t roll out with much directorial pizzazz. For more thoughts on the film, you can check out my AFF review here.

Bill Murray is loyal, and I can appreciate that. He’s buddies with Mitch Glazer, writer of Rock The Kasbah, and showed up in Glazer’s first (and to date, only) feature as director, the disastrous magic-realist drama Passion Play.  Here they team up again, with veteran director and producer Barry Levinson at the helm, in a comedy about an American music promoter who finds an Afghan singer he wants to send to the top. The trailer looks ridiculous in that colonial Western way that happens when a befuddled white guy wanders into a culture he doesn’t understand, but I gotta admit, the goofy Ishtar overtones appeal to me. Also starring Bruce Willis, Kate Hudson, and Zooey Deschanel.

Paranormal Activity: The Ghost Dimension is the sixth, and reportedly final, film in the wildly successful low-budget found-footage horror franchise. I saw the first one, and it was plenty scary, but resented that it had multiple versions with different endings, apparently the doing of Paramount once the studio acquired the film. The remaining five are unseen by me. I just can’t get into the horror movie sequel conveyor belt, but I’ll discuss this in an upcoming Lens Me Your Ears podcast with Stephen Cooke on haunted house movies.

Speaking of genre movies, the generically named A Christmas Horror Story is a Canadian anthology horror starring William Shatner. Interestingly, it features the character Krampus, the evil anti-Santa elf that shows up in a much bigger, eponymous American movie later this year.

On Friday night at Carbon Arc (where I work) are two films with a musical bent. A Poem Is A Naked Person screens at 7pm, a lost Les Blank documentary about legendary folk rock musician Leon Russell. Shot in the early 1970s it was only released this year due to music rights issues. It’s programmed in partnership with The Halifax Pop Explosion.

At 9pm it’s Songs She Wrote About The People She Knows, a peculiar Canadian indie musical, which will appeal to anyone looking to see something with some quirk. The films are $7 each, screening at the Museum of Natural History.

And The Shining and the Back To The Future trilogy are part of this week’s offerings from Cineplex’s Front Row Centre program of short-run and individual screenings, most of which take place at Park Lane Cinemas. (See links to the cinema’s programming in the column to the right.) If you haven’t seen Stanley Kubrick’s terrifying Stephen King adaptation, The Shining, on the big screen do yourself a favour and check it out.