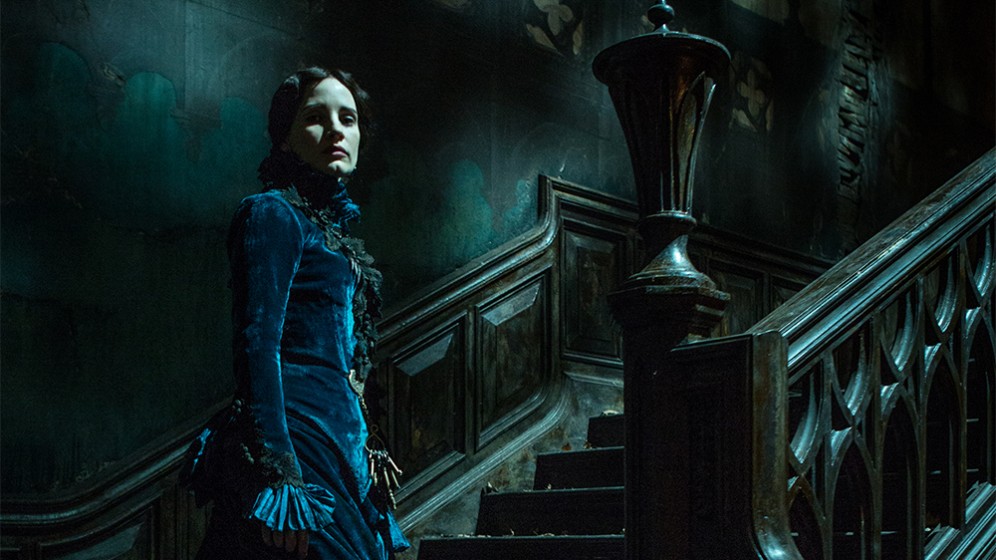 This week I noted that Bridge of Spies had some misleading advertising with a somewhat misleading title: It’s more a historical drama than a spy movie. For Crimson Peak‘s promotional assault, the actors and director have been calling it a “gothic romance,” but who knows what that is? Hard to sell, so the marketing is making it look like a haunted house movie.

All the scares are in the trailer. It’s got much more in common with a corset-wrapped period drama, or an Edgar Allan Poe adaptation, than Paranormal Activity. 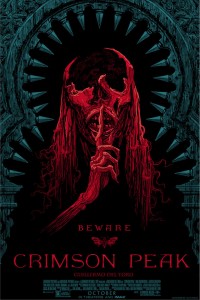 Edith Cushing (Mia Wasikowska) is a writer of ghost stories (“Not ghost stories,” she protests, “but stories with ghosts,” a fitting descriptor for the movie itself) living with her industrialist father (Deadwood veteran Jim Beaver) in fin-de-siecle Buffalo, New York. Baronet Thomas Sharpe (Tom Hiddleston) and his sister, Lucille (Jessica Chastain), show up hat-in-hand, looking for investment for their mechanical digger, which they intend to use to mine red clay for bricks at the family estate in rural England. Dad and Edith’s suitor Alan (Charlie Hunnam) smell a rat, but Thomas woos Edith nonetheless, marrying and taking her to the decaying but still magnificent mansion sinking into red earth.

(They should’ve shot in Prince Edward Island for added verisimilitude, but instead chose sound stages in Toronto, with one scene in a recognizable Trinity-Bellwoods Park.) 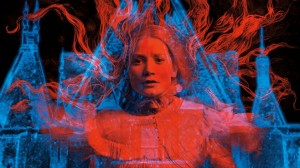 I found a great deal to enjoy in the ornate and deliberate drama of Crimson Peak. The restless spirits are characters rather than vengeful aggressors, deepening the mystery within the plot. There’s an underlying feminine quality to the piece: the ghosts were once women in their lived lives, and the real conflict is between Edith and Lucille. The blood-coloured clay is a nice touch, as if the house itself is alive and menstruating—a different kind of period drama. The plot owes much to Philip Haas’ 1995 picture Angels & Insects, and, to a lesser degree, Coppola’s Bram Stoker’s Dracula and Kubrick’s The Shining. 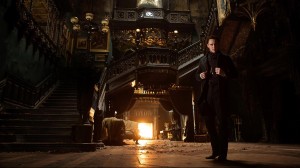 But what’s missing here is the bolt-tight screenwriting in all those films, or even Del Toro’s great Pan’s Labyrinth. The visuals, costumes and sets are glorious, but the pace lags, with the audience frequently a step ahead of Edith—when it arrives, the reveal of the depth of the conspiracy is barely a surprise. And Chastain, who I usually love, underplays material that requires an almost Madeline Kahn level of theatricality, while Hunnam is just dull.

Or, it could be the movie does need to be a little scarier to pin us in our seats.