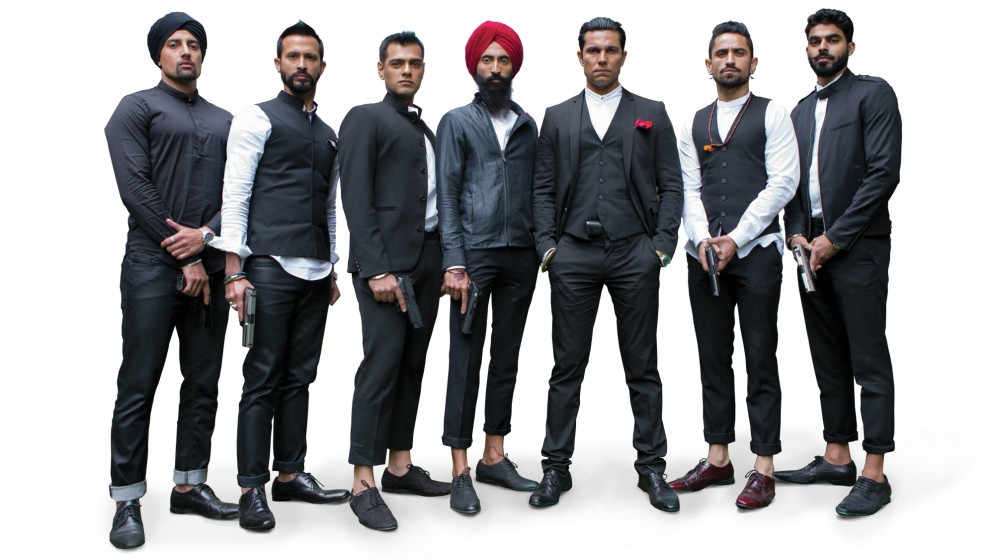 Jeet Johar (Randeep Hooda) is a bit of a folk hero and leader in the Vancouver Indo-Canadian community. He’s also a gangster, with a posse of five well-groomed, well-dressed henchmen rolling for him, killing people who encroach on his territory. Keen to join the crew is Nep (Ali Momen), who’s also in league with Jeet’s nemesis—and maybe falling for the nemesis’ daughter, Choti (Gia Sandhu). Somewhere in the middle of this is Paul Gross, managing to be plausibly badass with his hair in a topknot.

When Beeba Boys launches it’s a lot of fun. The Boys are lively, foul-mouthed dudes, with handles like Manny The Joker (Waris Ahluwalia) and Lovely Simply Lovely (Gabe Grey). Mehta’s Scorcese-esque swooping camera and Tarantino-esque editing give the film a kinetic punch. These cocky guys shrug off murder charges, get manicures, and make jokes about each other’s mothers—a group of women who all know each other, taking aquatic fitness classes together. (Great to see MuchMusic veteran Monica Deol again, here as Pinky, The Drama Queen.)

The very fact of it—a gangster picture set in a Canadian immigrant community traditionally underserved by genre—allows the picture a passing grade in my book. (Two words: Punjabi Metal.) It’s too bad it goes off course in the third act, bubbling with melodrama in scenes that don’t quite hold together. (Though, granted, there’s a delightfully meta moment as Jeet warns the audience about halfway in, just as the tone is shifting, that melodrama is tied to Indian cultural identity, so we can all kiss his ass.)

A genuine highlight of the movie, and perhaps worth the price of entry for any serious fans of production design, is the wardrobe—the shockingly sharp bespoke suits. Rarely have bad boys looked so good.