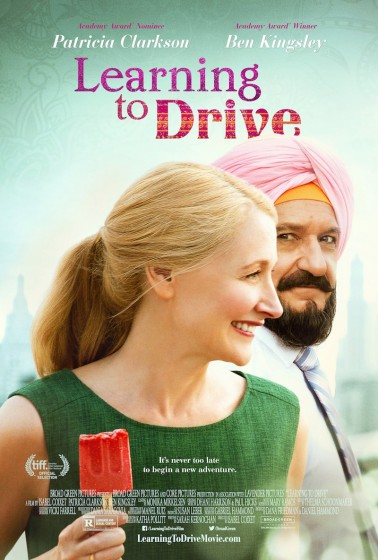 Directed by Isabel Coixet | Written by Sarah Kernochan, based on an article by Katha Pollitt | 90 min.

From the director of Elegy and the writer of the unacknowledged classic Impromptu comes an unlikely gem about a distraught New York literary critic and her burgeoning friendship with a driving instructor.

The picture is being marketed as a breezy comedy—and there are laugh-out-loud moments, including Samantha Bee’s insights into oral sex—but it’s mostly about a middle-aged woman wrestling with divorce and its aftermath while a Sikh immigrant takes care of his illegal nephew and manages his own rigidity in the face of an arranged marriage. As a look at cultural solitudes, it’s the most sensitive reading I’ve seen in an American indie since Tom McCarthy’s The Visitor. 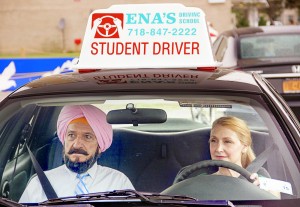 Patricia Clarkson’s Wendy rages at the inequity of her husband’s philandering, taking driving lessons to allow for the option to visit her daughter (Grace Gummer, another of Meryl Streep’s acting offspring) upstate while Ben Kingsley’s Darwan provides truisms about attention and being present behind the wheel. And, yes, there is no end of opportunity for metaphor.

It’s structurally conventional, and maybe more slight than its constituent elements, but the film manages to engage at every point, with an airiness that provides for little moments of joy. The New York locations—Manhattan and Queens—are vivid, and the script is nimble and concise while still managing plenty of depth. 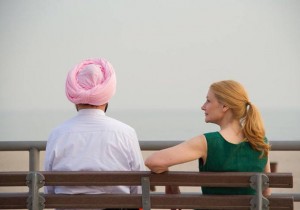 Finally, Clarkson and Kingsley are both wonderful. Spontaneous and lovely, they make Learning To Drive anything but a chore.