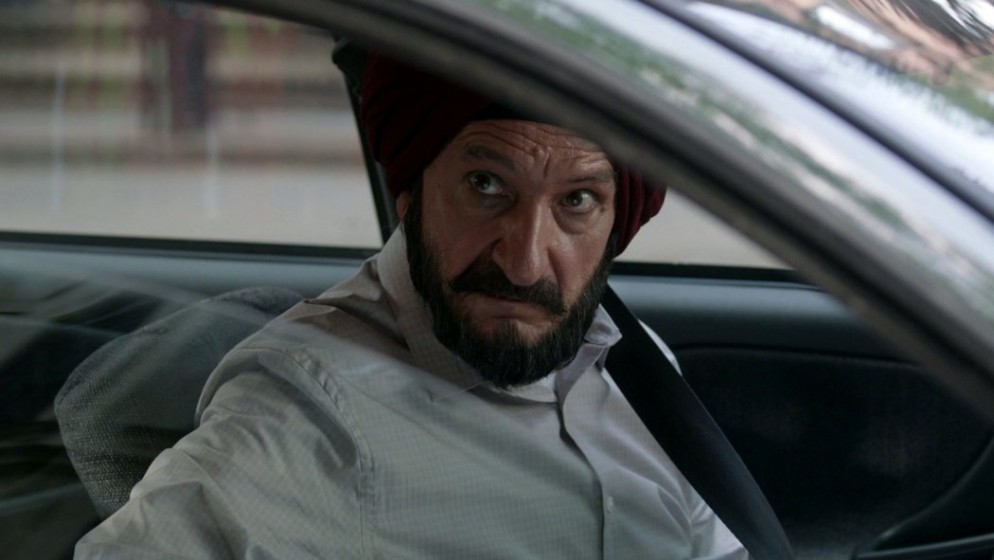 The last-days-of-summer dregs continue, with no big, star-driven or high-concept pictures opening until Black Mass, Everest and the Maze Runner sequel next week. And weirdly, five of the six movies opening are out at Bayers Lake. I’ll never understand how they choose where to screen movies at the multiplex.

The good news is that Learning To Drive, the dramedy with Patricia Clarkson and Ben Kingsley, is a lovely treat. He’s a Sikh driving instructor and she’s a recent divorcee looking for a little more freedom in her life. I don’t say this often, but it’s worth the jaunt to the suburbs. Here’s the trailer:

The End of The Tour has been getting some positive notices, too (though I have yet to see it). It’s the story of David Lipsky (Jesse Eisenberg, everywhere lately), a Rolling Stone journalist who interviewed author David Foster Wallace (Jason Segel) when his magnum opus Infinite Jest was published in 1996. A literary two-hander? I’m game.

The Visit is this week’s horror entry, though what makes it passably interesting is it’s from disgraced filmmaker M. Night Shyamalan. The Sixth Sense director has in recent years become a cultural punchline, which I don’t think is particularly well deserved. Sure, The Happening was ill-advised, but The Lady In The Water had an early Amblin quality that I really enjoyed. I didn’t mind The Village or Signs. Maybe going low-budget, with a touch of comedy in the horror, is the way to go.

If you’ve been wondering what happened to Hayden Christensen, here’s an answer: He’s the most recent star to make the leap to Christian dramas. He’s the lead in 90 Minutes In Heaven, the cinematic version of Don Piper’s bestseller, about a Baptist minister’s purported near-death experience.  “Experience the incredible true story,” suggests the trailer.  Kate Bosworth and Dwight Yoakam also star.

A thriller? A love triangle? The Perfect Guy seems to be a bit of both, about a woman who meets a mysterious stranger after a difficult breakup, only to have her ex-boyfriend show up to cause trouble/save her.

And the one new film opening in the city at Park Lane is How To Be Deadly, featuring Newfoundland YouTube persona Donnie Dumphy, created by Leon Parsons. I suspect we’re going to be seeing this a lot more often, internet sensation making the jump to features. Interesting that one of the first is Canadian. Based on the trailer, there’s more than a little Trailer Park Boys in this redneck comedy.

The Atlantic Film Festival is less than a week away. Have you checked out the full program guide? I’ll have my suggestions for what to see up here on FITI in the next few days. And for those who pay attention to such things, The Guardian has a great list of movies to look out for showing at the Toronto International Film Festival, which started yesterday. Go here for that.