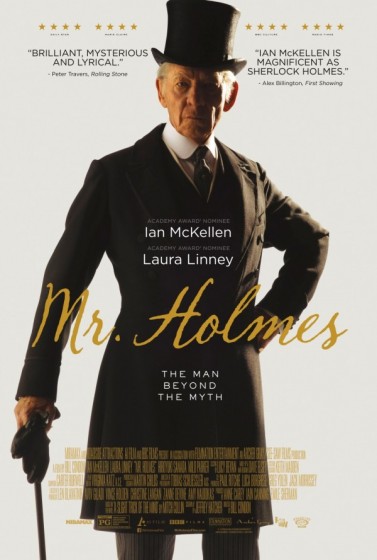 Directed by Bill Condon, Written by Jeffrey Hatcher from a novel by Mitch Cullin. Based on characters created by Arthur Conan Doyle.

It’s pretty amazing the lasting power of Sherlock Holmes in the culture, isn’ t it? Benedict Cumberbatch and Martin Freeman are carrying the torch on the BBC with the modern update, Sherlock, for the past five-or-so years, on hiatus now but returning later in 2015 (and I’m pretty psyched about it). And there’s Elementary on CBS with Jonny Lee Miller and Lucy Liu, a maybe even more modern swing at the material. And we mustn’t forget the Guy Ritchie blockbusters starring the biggest movie star of the past decade, Mr Robert Downey Jr.

So, to have yet another take on the character may seem an embarrassment of riches, or just a bit too much by now.

I can confidently say Ian McKellan delivers another signature role in a career filled with them, inhabiting the oft-depicted detective in two very different places in his life. It’s a thoughtful and moving film more concerned with the soul of its character than any mystery procedural. 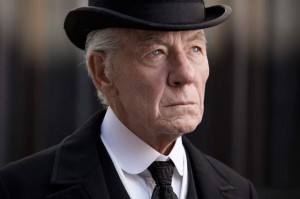 We first meet Holmes in his twilight years. It’s the post-war 1940s, and he’s 93, long retired to the beautiful, sunny south of England where he takes care of bees and enjoys the company of his housekeeper, Mrs Munro (Laura Linney), and her young son, Roger (Milo Parker). He still travels, having just returned from Japan.

He carries with him a resentment of fiction, that he’s had to live up to the character created by his former partner John Watson—only seen from a distance here—in popular books. He’s had to match the persona that is bigger than him, and even in his later years he’s still coming to terms with it. There’s a great scene of Holmes going to the cinema to see a version of himself “40 ft. high”. I loved those elements of Mr Holmes, the wrestling with celebrity. 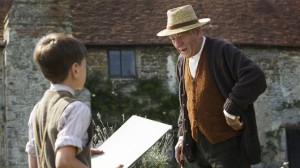 He’s also losing his memory. He can’t entirely recall his last case, the one that triggered his leaving the profession, about a woman at odds with her husband’s wishes, scarred by tragedy. Watson wrote the story, but Holmes contests its accuracy. In the flashes back 30 years, where Watson has left Holmes to get married, the segments are sharp and deliver some of what fans of the character would probably expect. It’s absent a little of that typical convoluted energy, but it’s in there. It amounts to maybe a third of the film.

What this is story is really about is a man who has lived his life pursuing hard evidence, with little regard or interest in intangibles. It’s made him difficult to be around—though perhaps not quite the “high functioning sociopath” essayed by Cumberbatch—certainly a rigid and unpleasant person in many ways, one who sought solace in his intellect at every turn. Only now that portion of who he is has begun to fail. 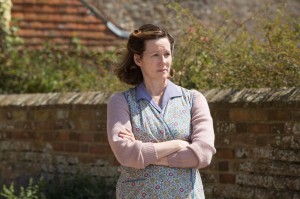 This is some fairly heavy drama, but Condon, who impressed me with Kinsey (though less so with some of this other work) manages a light touch that largely avoids the maudlin. Terrific sets and location work certainly help. I did struggle trying to place Linney’s accent—Irish, probably—and I occasionally wished she had more to do than just react to McKellan’s curmudgeonly traits. But the kid, Parker, is very good. There are a series of flashbacks to Japan, which seemed less essential than other parts of the film, but I the goodwill I found myself collecting for the picture as a whole carried me through the slower patches.

In the end, this is all McKellan’s show, and he’s a master. He’s been acting longer than I’ve been alive, and his ability to physically manifest the changes Holmes experiences from his 60s to his 90s is a wonder to see. Next to Marion Cotillard in La Vie En Rose, it may be the most convincing portrayal I’ve seen of the indignities of age and illness through time.

If for nothing else, see Mr Holmes for him.