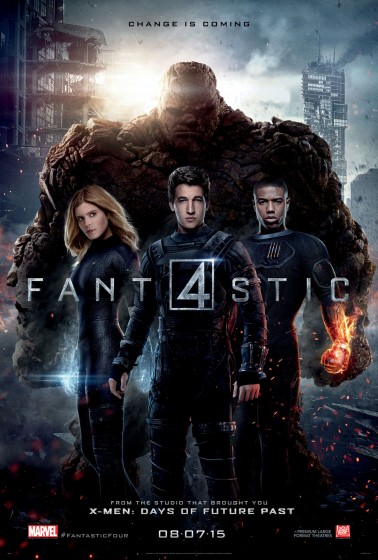 Directed by Josh Trank, Written by Trank, Simon Kinberg, and Jeremy Slater, based on the Marvel comic by Stan Lee and Jack Kirby

The Fantastic Four I grew up with was written and illustrated by Canadian comic creator John Byrne. Before superhero comics got all mature and gritty with Watchmen and The Dark Knight Returns, these were as good as they got.

During the six or seven years I read the FF, Marvel’s first family  spent time in the Negative Zone, battled Galactus, faced one of the planet-eater’s rogue heralds, Tyros/Terrax, their nemesis, Doctor Doom, Namor The Submariner, and the Silver Surfer. The Thing went off into space, She Hulk joined the team, and Sue Storm, then known as The Invisible Girl, proved herself the group’s most powerful member, eventually becoming The Invisible Woman.

They weren’t great, but they channelled some of the fun of the comic.  I recognized they were silly, but I also had to acknowledge my 10-year-old self would have enjoyed their larger-than-life playfulness.

Fantastic Four is markedly different from the other Marvel properties The X-Men or The Avengers.  You can tell right in the kid-friendly title.

They’re scientists and adventurers, nerds who save the day. Mr Fantastic/Reed Richards may be able to stretch and contort his body, but his huge brain is his real superpower. The Human Torch/Johnny Storm is a hot-head, both figuratively and literally. The Invisible Woman/Sue Storm is the resourceful heart of the team, and The Thing/Ben Grimm, is one of the most charismatic figures in the  Marvel mythos, a character who uses humour and a down-to-earth attitude to manage the personal tragedy of his being a rock monster. He’s the only one of the four who’s managed to sustain the popularity of a long-running solo title.

In these stories technology is seen as being a benefit to society. There’s an optimism about the future. The pre-Abrams Star Trek channelled a similar philosophy, as did this summer’s problematic but heart-in-the-right-place Tomorrowland.

Now we have Fantastic Four, the 2015 edition. It starts with some of that hallmark enthusiasm for science and adventure, but then takes a dour, unpleasant turn about halfway through. The movie implodes in its last act. 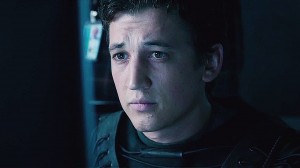 According to this new version, Reed and Ben grew up in the same suburban New York neighbourhood. Reed was a boy inventor, and Ben was his tough buddy, helping him source materials from the family junkyard. When Reed’s a teen (and played by Miles Teller), he’s recruited at the school science fair by Dr Franklin Storm (The Wire and House of Cards veteran Reg. E. Cathey) and his adopted daughter, Sue (Kate Mara, also from House of Cards, among other things) to be part of a project to traverse dimensions. In his efforts to build a teleporter, Reed’s already solved a key part of the project: bringing objects back from wherever he sends them. Now he’s gonna get the resources to complete it. 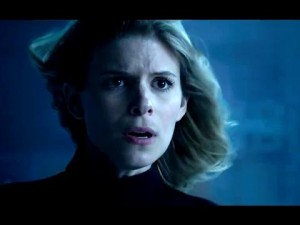 Joining Reed and Sue is Victor von Doom (Toby Kebbell, who I first noticed on Black Mirror), the brilliant but insecure enfant terrible of the project. Storm’s son Johnny (Michael B. Jordan, another Wire alum) gets roped in, along with Reed’s “lucky charm,” Ben  (Jamie Bell). 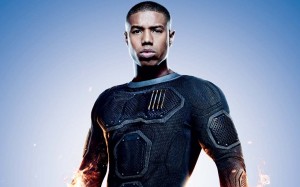 When the dimensional teleport machine is ready, the scientists are informed (by Tim Blake Nelson, who, incidentally, is not playing his character from The Incredible Hulk) that NASA is now going be part of the project. Of course, our young scientists resent the meddling, and decide to test drive the machine themselves.

Um, except for Sue. The fact the boys never think of asking her to join them on their inaugural voyage to the Negative Zone, or Planet Zero, whatever this other-dimensional place is called, smacks of the same kind of chauvinism the comic both addressed and then grew out of during Byrne’s stint in the mid 1980s.

That’s the movie’s first real mistake. (Let’s not get into Kate Mara’s obviously inconsistent wigs and hair dyes, the likely result of reshoots.) But, up to this point, even though much of the story has been updated for a new audience, the core philosophy still feels in line with the comic. It’s right around here that everything goes south.

Naturally, the Fantastic Four get their superpowers on this trip through dimensions. (Including Sue, even though she doesn’t go with them. This twist I don’t think I can explain.) 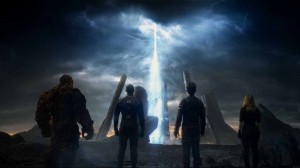 We get a One Year Later title card. The scientists-turned-superheroes have become pawns of the military industrial complex. Instead of the thrill of discovering what our heroic four are now capable of, or even trying to explain how it is they got their powers, the movie shifts into this much gloomier place. Reed is on the run, The Thing is a black ops Yeti having already killed dozens of people, and Torch can’t wait to get out there and destroy some drones.

Naturally, every effort is made by the military overlords to go back to the other dimension. And, naturally, Doom reappears, though fans will find him much changed from the character they remember, a lot more like the comic’s other-dimensional villain Annihilus than the  tortured scientist. And why this need to tie Doom’s origins to our heroes’? 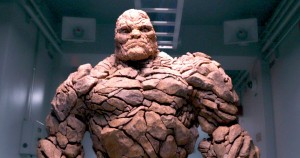 This cast is so talented and yet so underserved by this material. I think Jamie Bell probably gets it the worst of it. His Ben Grimm has none of the personality of the comic book character, nor have the filmmakers found a way to make The Thing’s rocky condition frightening or profound in any way. When Dr Doom finally shows up, he’s about as expressive as Gort from The Day The Earth Stood Still. That’s one thing this new version of Fantastic Four has in common with its cinematic predecessors: An inability to get the villain right.

The ending is awful.  (Depending on who you believe, the film’s action-filled conclusion was much doctored by the studio in those late-day reshoots.) It features an artificial black hole, but it actually feels like the movie itself has been sucked into some horrible dimension of nothingness where the audience is incapable of caring what happens. It’s all so far from the intent of the source material.

The filmmakers all should be dragged away by meathooks and hung up on a Los Angeles highway sign as an example to anyone else messing with proven and beloved superhero content in such a counterintuitive way.

The good news is it appears that bloody scene won’t be necessary, given what I’ve been reading about the box office. Trank won’t be let near this kind of a property ever again, and 20th Century Fox may have to abandon it, too. If there is any kind of joy to be had today, reading the news that Fantastic Four is the highest profile superhero bomb in the past decade, it’s appreciating that audiences won’t line up for this kind of crap (unless it has dinosaurs in it).

Despite my comment above about the meathooks, I don’t actually wish any particular misfortune on these big-budget tentpoles or their creators. But when their movies suck and then they fail at the box office, it should be a powerful lesson to all that come after.

Fantastic Four was shot for reasons of money: Fox needed to make it or the rights would have reverted back to Marvel Studios and Disney. It’s the same reason Sony rebooted The Amazing Spider-Man, and that didn’t go so well, either.

Here’s another lesson: a genuine enthusiasm and understanding of the material is required to make these movies a success and connect with audiences. I hope the Hollywood big cheeses are paying attention.