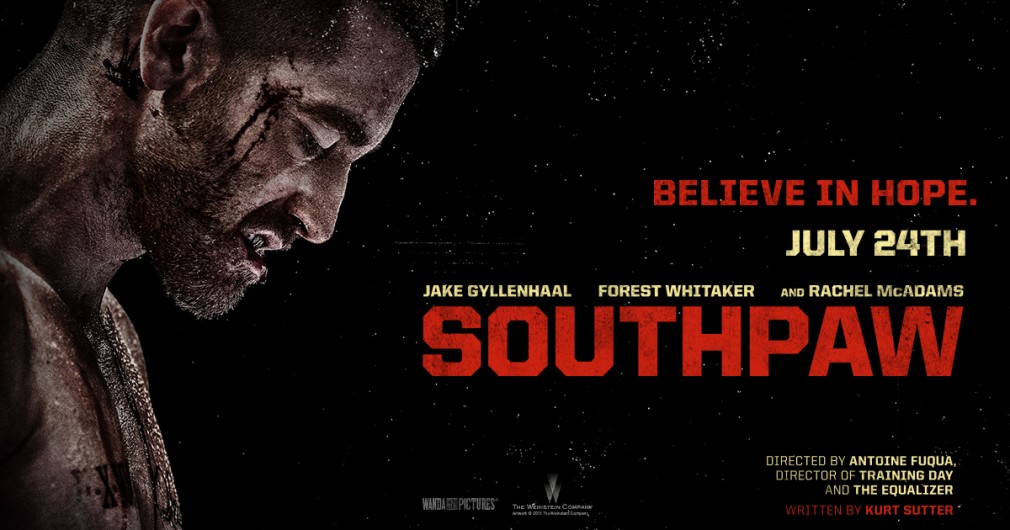 A couple weeks ago, preparing for a forthcoming podcast on dark comedies, I rewatched the Coen Brothers’ Barton Fink.

New York playwright Barton Fink has been hired by a Hollywood studio circa the late 1930s to write a Wallace Beery wrestling picture. Blocked and looking for inspiration, Barton seeks help from Audrey, the secretary and lover of Bill Mayhew, the Faulkner-esque Southern novelist who’s also toiling away in Hollywood.

Cue the scene where Audrey arrives in Barton’s hotel room to help him with his script. He asks her if she’s read some of Bill’s wrestling scenarios. She certainly has:

Change “wrestler” to “boxer” in the above exchange, and you’ve got every key detail of  Southpaw, a tiresome boxing melodrama that’s so regressive it could have been written 80 years ago. 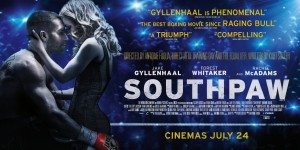 Gyllenhaal’s the World Light Heavyweight champ, Billy Hope, a guy who grew up in social services, was in trouble as a teen, but is now a pugilist success story, happy with wife Maureen (Rachel McAdams) and daughter Leila (Oona Laurence). He just defended his title, but Maureen wants him to cut back on the boxing because he’s possibility getting a little punch-drunk. 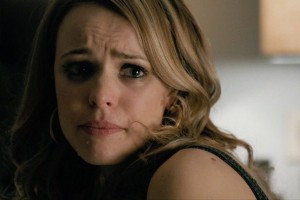 He might be, though it’s a little hard to tell since Gyllenhaal is subscribing to the mumbling and squinting method of acting this time out. It’s not one of his better performances, but there’s no denying his commitment is impressive: The guy has gone from last year’s hollow-cheeked Louis Bloom in Nightcrawler  to this totally ripped dude, a physicality that helps provide a sense of grit and realism around his character. And he does manage some tender scenes with his screen daughter Laurence and Naomi Harris, playing a social worker, which are probably the only fresh notes in the entire film.

If you’ve seen the trailer, you know what happens: Maureen is shot, and everything in Billy’s life collapses. Turns out he’s broke, his Don King-esque manager (a dapper 50 Cent) abandons him for another fighter, and he loses his big house and custody of his little girl.

What’s he gonna do to reverse his fortunes? You think maybe he’s gonna go back to the ‘hood, find a grimy gym in which to train, get a crusty old coach (Forest Whitaker) who’ll instil some technique in his fighting and dignity in his soul, mentor a tragic waif of a kid, try to win his daughter back, and get a rematch in Vegas with the boxer who might have been responsible for his wife’s death? You think maybe he’ll do all that?

It’s as if Fuqua and Sutter were raised in a world without Wallace Beery’s The Champ, or the 1979 remake, Rocky, Raging Bull, the UFC picture Warrior, Million Dollar Baby, or The Fighter. Actor and Sons of Anarchy creator Sutter’s script climbs the cliche tree, falls out, and hits every single branch on the way down, and Fuqua helps him do it with generic training montages, a swelling score, and crane-camera death scenes.

What makes it much more painful is the feeling that Fuqua has the directorial chops to take the story in new directions, especially with a cast this talented, and totally ignores the narrative possibilities.

For instance, maybe Billy is getting punch-drunk, and has to deal with the possibility of brain damage if he’s going to continue his career. I know that’s something Rocky went through in… was it number five? But the idea still has a lot of potency, especially given what we’re learning about head injuries in the NFL and NHL. Here it’s a plot thread that’s brought up early on then totally discarded, never to be mentioned again.

Then there’s the murder-mystery approach, where Maureen’s shooting is explored and finally resolved—something Southpaw totally neglects to do. It could be that one of Billy’s entourage  was involved, and Billy has to come to grips with the personal cost of his own anger and violence. 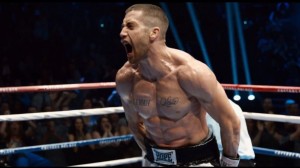 That’s the movie Southpaw wants to be: Buried somewhere in this hoary script is the theme; your anger gives control and power to your opponent, and redemption and revenge are two very different things.

A couple of times it tries to get that message across but mostly stumbles, instead delivering another too-familiar sequence of blood-stained, sweat-sprayed boxing, not unlike ones we’ve seen so many times before in far better movies.