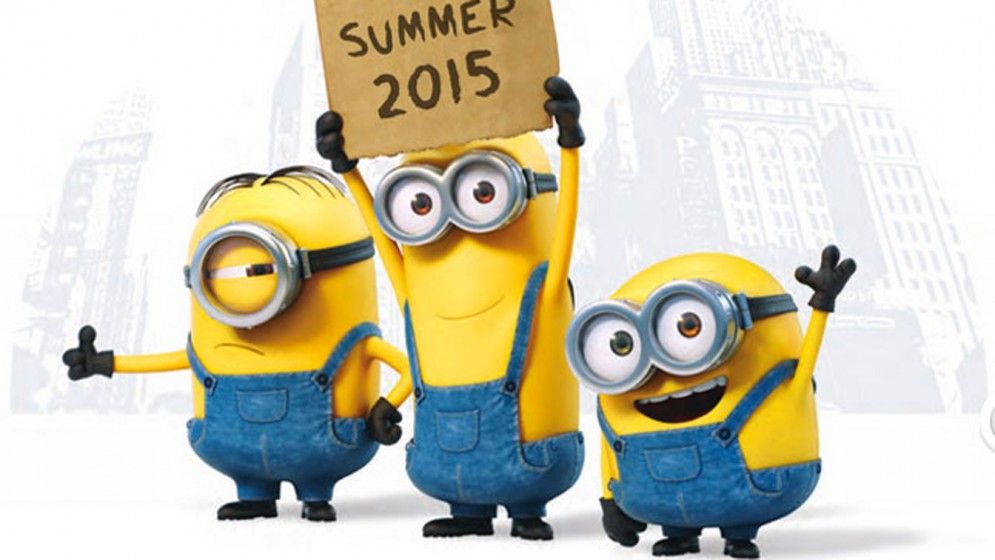 Just as the Madagascar franchise had some success with its Penguins spin-off, so does Despicable Me try a similar thing, recognizing that Gru isn’t necessarily what the kiddies love, it’s those little mewling, gibberish-spouting, hapless Hostess Twinkie-lookin’ little dudes who do all his bidding. They’re known as Minions. The other night on The Daily Show with Jon Stewart, Jon Hamm (who voices a character in the movie) theorized that the reason adults like the Minions is because they look like little pills. Positive associations with Xanax . The Salt of the Earth is a new documentary going into The Oxford—co-directed by German filmmaking legend Wim Wenders—about the internationally renowned photographer Sebastiao Salgado. Salgado spent his career travelling to the trouble spots in the world and documenting what he saw there. And he didn’t just stop by these places for a weekend—his work in Ethiopia, Rwanda and The Congo, for example, encompass years of his life.

I watched this doc in Montreal last week. I found much of the photography very moving and his commitment to social justice impressive. Certainly his imagery has brought the attention of the west to problems of famine and war that might otherwise have gone un- or underreported.

At the same time, I recognize there’s much about the ethics of the Brazilian-born, French-raised photographer’s work that isn’t explored in this film—the particular issues around a white man of privilege making a career depicting the suffering of people in other cultures. I think it’s worth considering when you watch The Salt Of The Earth, which is pretty much an artist hagiography, why it’s so rare in our culture that we see representation of the people in Salgado’s photographs by those people themselves, and how much Salgado may be participating in a tradition of colonial photography. The latest in the very tired found-footage horror genre, something called The Gallows. The plot, as I understand it: A student dies during a high school play performance back in 1993. When the play is remounted 20 years later, that student ghost gives the new kids a very negative review. Self/Less has not done much to impress me with its trailers, but I am encouraged by a summer release date for science fiction material that isn’t directly a franchise, or a comic book, or in any way toy-related. Best I can tell, Ben Kinglsey plays a rich guy with a terminal disease who finds a way to transfer his consciousness into Ryan Reynolds’ body. Cue the Van Wilder party scenes, yo, except maybe with Don Logan’s dialogue: “We could make a suitcase outta you! Yes! Yes! Yes! Yes!”

And finally, this doesn’t happen very often: I neglected to mention a film that opened in Halifax last weekend. You have my apologies. I blame my recent travel on the flub. The film is Max, described as a “family adventure” movie. It’s about an eponymous military German Shepherd who gets brought home from Afghanistan and given to the family of his former owner, a serviceman killed in action. Cue doggie bonding with the soldier’s younger brother, and revelations concerning how Max’s owner actually died on the battlefield. Max is barking in cinemas now.