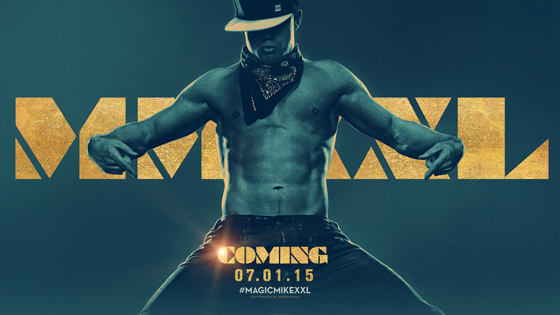 Magic Mike, released back in the summer of 2012, was a sleeper hit, especially with female audiences.

It surprised me, personally, by being pretty good. It was much more a drama in the Saturday Night Fever/Flashdance mould, which I could appreciate, not just a male stripper gong show—though, if that’s what you’re into, you likely weren’t disappointed. I should’ve known—any movie directed by the great Steven Soderbergh is worth seeing, at the very least.

This sequel, arriving as it does after Soderbergh’s retirement from directing feature films, made me suspicious of the money-grab, but then I looked a little more closely: Director Jacobs was 1st Assistant Director on Magic Mike and is a longtime Soderbergh collaborator, while Soderbergh himself serves as Executive Producer, Director of Photography, Camera Operator, and Editor. He may not be helming, but he sparkles all over this. 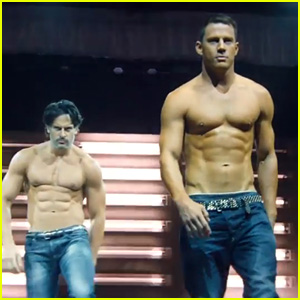 The sequel cleverly doesn’t repeat the moves of the first, and still manages to balance genuine moments of character with the beefcake displays. It also is the funniest film I’ve seen in 2015.

But, please be warned, it’s also probably the most episodic, with long stretches where things grind to a halt—and that’s not the good kind of grinding. Its muscular 115 minutes could have easily been a leaner 95, and better for it.

We catch up with the eponymous Mike (Channing Tatum, whose experiences as a stripper in Tampa, Florida, served as the basis for the first film’s script) eking out a living as a furniture maker in the Sunshine State, the “male entertainment” life three years in his rearview. The victim of a practical joke, he reconnects with the guys in his old crew, resuming their bromance in the wake of the departure of Dallas (club owner and their former employer, played by Matthew McConaughey in the first one—absent here but fondly and frequently spoofed).

Big Dick Richie (Joe Manganiello), Tarzan (Kevin Nash). Ken (Matt Bomer), and Tobias (Gabriel Iglesias) are headed up to Myrtle Beach for the annual male stripper convention, and Mike decides to join them for the weekend.

What follows is mostly a road movie, punctuated by long sections where they stop for the night: A beach party  where Mike gets a possible romantic interest in Zoe (Amber Heard), a visit to a very unusual members club in Savannah, run by a woman named Rome (Jada Pinkett Smith) who has a history with Mike, a plantation-like estate where Zoe’s mother, Nancy (the wonderful and chronically underutilized Andie MacDowell), holds court, and then the final, promised convention, with this summer’s hardest working woman in showbiz, Elizabeth Banks, playing gatekeeper.

There is a certain element of the mythic hero’s journey here, with all these powerful women providing a gauntlet that the guys must run, to their eventual “creative triumph” as sex objects. What’s really great, setting aside that kind of seriousness, is just how funny the movie is.

The first 20 or so minutes are pretty unpromising as we reconnect with the boys—I was starting to worry we were gonna have to put up a version of Entourage with added homoerotic bonding and thigh butter. But things really catch fire when everyone on the bus to Myrtle does a little molly and Richie tries to reclaim his creative mojo by improvising a performance for a woman at a gas station. It’s worth the price of admission, that scene.

Like I said, this bus takes its time getting where it’s going. Soderbergh is a fan of letting scenes just play out, pointing his camera and letting the performers take us there. Sometimes it works—they’re literally and figuratively circuitous, but most of these sequences pay off, in both dramatic heft and dynamic moves. At other times, like at the convention, you feel as though Soderbergh The Editor is letting down his buddy’s directorial efforts by refusing to cut away. 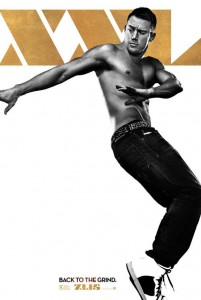 Still, given that this, along with the first movie, could have amounted to no more than Sausage Showgirls, the fact that the characters have more than two dimensions and the laughs are both knowing and free-flowing is a genuine pleasure for those of us who aren’t there for the magic that Mike does.