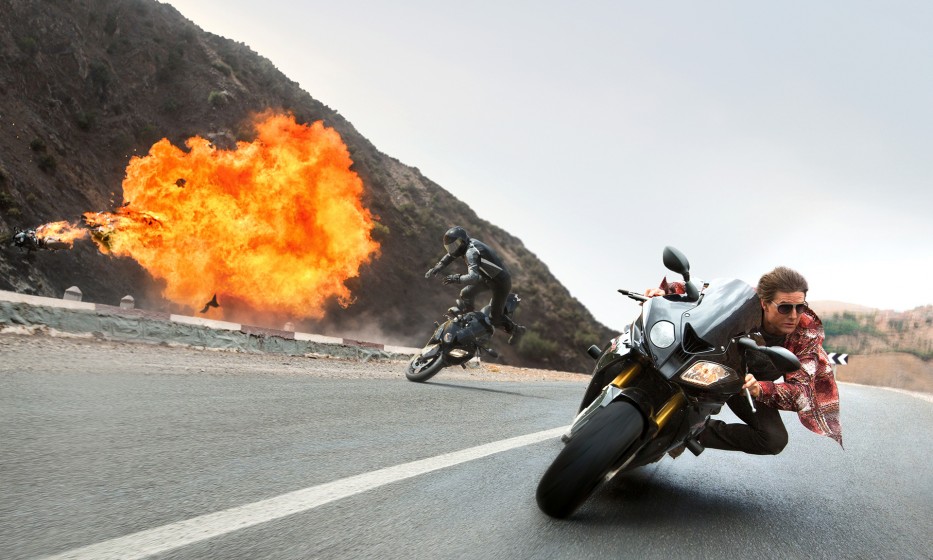 It’s the beginning of June. The summer blockbuster season is about a month in—two months if you consider the arrival of Furious 7 the real beginning of the summer movie season, which is definitely arguable.

Around this time last year I offered my take on the season ahead, and, aside from a few gems, I predicted a pretty grim schedule of factory-made entertainment. Unfortunately, as I looked back from last summer’s end, I was right on the money. Only the indies offered much respite from the largely dull, predictable tentpoles.

This summer looks stronger. But, just like last year, the most promising blockbusters have been front-loaded.  We’ve already seen a couple of them: Avengers: Age of Ultron was convoluted but delivered massive entertainment, as did one of the year’s best films so far, Mad Max: Fury Road.

(This week I found some time to go back and revisit Avengers: Age of Ultron, in 2D this time, and I have a few fresh observations to share. But more about that in another post.)

I think it’s fair to say Tomorrowland is a well-intentioned mess. We’ve also had a few great indies, including the excellent Ex Machina. I enjoyed While We’re Young and some of Far From the Madding Crowd.

This past weekend was the tapestry of computer generated imagery and human suffering San Andreas, and the abhorred (but for a small group of tastemeisters, myself included) Aloha, Cameron Crowe’s complicated but charming romantic comedy.

Based on exhaustive research and highly intuitive trailer-watching skills, here’s my take what June, July, and August have in store: 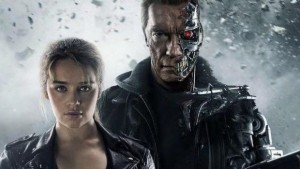 Jurassic World gets credit for the summer’s worst trailer.

Fourteen years since the last movie in this franchise, and the only thing they’ve thought of to make the island full of dinosaurs more appealing (to visitors and to audiences) is genetically enhanced beasties? And Raptors “trained” like dogs, the old lesson of Terminator 2: Judgement Day; reprogram the monsters to be your ally. Not much else we’re seeing looks like its any kind of advancement from what Spielberg did. Also, I’ve had it with Chris Pratt showing up in every tentpole. His charm with me is diminishing. Maybe those raptors he’s trained will eat him.

Speaking of terrible trailers and those killer robots, Terminator: Genisys has at least one (of each).

“If we die tonight, mankind dies with us.” Is that right? Even in the future, guys haven’t figured out gender neutral language?

The CGI looks awful—liquid metal was a cool effect in 1991, but not anymore.  And, people keep trying and failing to make Jai Courtney a star, just like they did with his Aussie countryman Sam Worthington—who, credit where it’s due, was the best thing in that last one, Terminator: Salvation. And an aging Terminator in the shape of 67-year-old Arnie? This movie is going to have to work hard to be anywhere near as good as its progenitors and if this trailer is anything to go by, Genisys will be more in line with Salvation and Rise of the Machines and less in line with Jim Cameron’s originals. 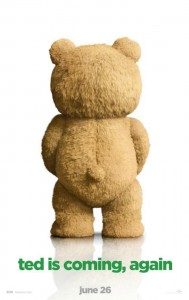 After the horrendous bomb that was last year’s A Million Ways To Die In The West, Seth MacFarlane returns to safer ground with Ted 2. But does anyone need another vulgar talking bear movie? One was enough, IMHO.

Here are a few coming down the pike I categorize as: The MIDDLING: 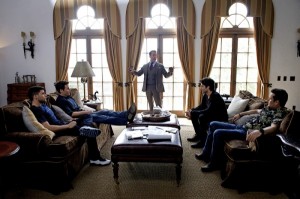 I enjoyed the show as total escapism, a Sex And The City for men, but I wasn’t crying out for an Entourage movie. Were you? Was anyone? And I know she has a legion of fans, but I have yet to laugh at a single gag in the trailer for Melissa McCarthy’s new comedy, Spy. But I do love spy movies, so I guess I should see the newest spoof.  And the advance buzz is actually pretty good for this one, which it wasn’t for The Heat or Tammy. 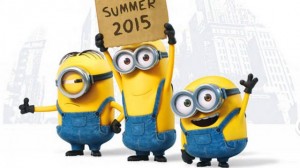 A Despicable Me spin-off? Well, I suppose it worked for those Penguins of Madagascar. Minions could be a similar summer diversion.

While the nerdverse buzzes about Ryan Reynolds once again going the superhero route in Deadpool, coming in 2016, Self/Less is his most recent science-fiction/fantasy, starring opposite Ben Kingsley with some consciousness-switching going on. I’m into the material, but I’m unconvinced by the trailer.

Don’t get me wrong, I dig a lot of what Marvel is doing, and based on the previous entries in their catalogue, there’s every hope that Ant-Man, starring Paul Rudd, is going to be a fun summer superhero movie. 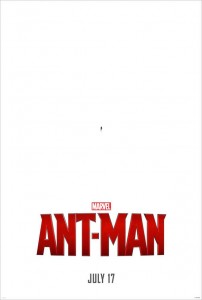 That said, this one’s had a particularly troubled genesis: the departure of talented director Edgar Wright two weeks before they went to camera being the big one. Also, this trailer doesn’t do much for me — it certainly doesn’t have the pizzazz of last year’s big risk that paid off for Marvel, Guardians of the Galaxy.

The two previous Fantastic Four movies get a lot of grief. I always felt like they were really superhero movies for kids, and, for the most part they worked reasonably well as that. Now Fox has rebooted the franchise, cast a group of hot young actors (Miles Teller, Kate Mara, Michael B. Jordan, and Jamie Bell) and made it all dark and moody. 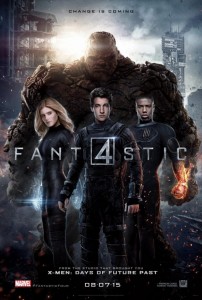 As a fan of the John Byrne era FF, not much about this appeals to me, but then I gather almost no one is reading the comic these days, so they’re ending it  and planning a relaunch to match the cinematic version. A solid, exciting science fiction movie would silence doubters (like myself), I’m sure.

A movie about aliens attacking in the form of video game creations from the 1980s? I guess I’ve heard weirder ideas. It also kinda looks like Ghostbusters, doesn’t it? Pixels stars Adam Sandler and the awesome Peter Dinklage, which is enough to jazz my curiosity.

I’m a Woody Allen fan and probably always will be, but I can’t say I’ve been blown away by his last few movies: To Rome With Love and Magic In The Moonlight were passable but far from peak Woody, while the drama Blue Jasmine had a few good good moments, mostly in the lead role by Cate Blanchett.  Irrational Man is his new one, starring Joaquin Phoenix as a college professor in the midst of (natch’) an existential crisis, and the advance buzz on it is so-so. 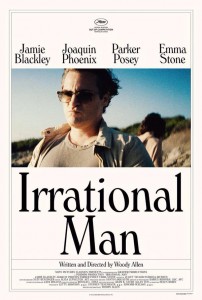 I’m enjoying the recent Jake Gylenhaal renaissance, his pursuit of strong, physically challenging roles. In Southpaw he plays a boxer with some family problems. I like Rachel McAdams, who also stars, though director Antoine Fuqua, among his more entertaining thrillers like The Equalizer, was also responsible for Olympus Has Fallen. Tread carefully.

Despite the ongoing success of James Bond and the Mission: Impossible series, I’m not sure I’d necessarily champion another ancient spy thriller property revival. But here we are: The Man From U.N.C.L.E. arrives in August. Director Guy Ritchie successfully brought Sherlock Holmes back to the big screen, and I’m a fan of his Cockney crime movies. I think it might be fun to see what he’ll do with a spy property, especially since it’s period, 60’s-set. I wonder about his leads: Henry Cavill and Armie Hammer. Neither has blown me away in their recent big-budget pictures Man of Steel and The Lone Ranger. The trailer has some style:

And, finally, The OUTLIERS: 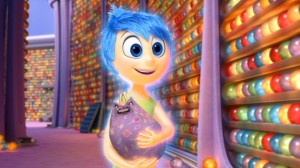 Brave in 2012 was Pixar’s last original non-sequel movie, and before that it was Up in 2009. That’s not to say all the sequels have been bad (I liked Toy Story 3, for example), but I certainly miss the days when a wonderful, creative, fascinating animated feature was just a given from the good people at Pixar. This year we’re getting one: Inside Out, a film about the feelings inside a little girl’s head, co-written and co-directed by Pete Docter, who wrote Wall-E,  directed Monster’s Inc, and wrote and directed Up. This is way up on my list of must-sees this summer.

I’ve already seen Me And Earl and the Dying Girl. A Sundance-annointed American indie, it’s a sweet and moving teen movie. 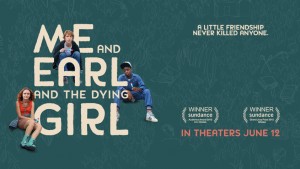 I’ll have more to say about it when it opens in June.

Although I rarely write about documentaries here on FITI, I do enjoy seeing them. Amy, about Amy Winehouse, will get a theatrical release this summer. 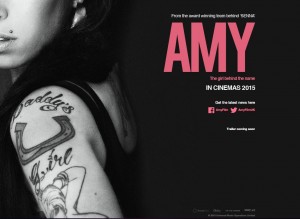 I’ve heard good things about it.

Ian McKellan as an elderly Sherlock in Mr Holmes? Where do I get tickets?

Amy Schumer is the hottest comedian in America right now, and Judd Apatow has teamed up with her for Trainwreck, in which she stars and writes. I can’t wait.

Usually alarm bells go off in my head when a movie is postponed, but here we have the opposite, which is pretty weird: Mission: Impossible — Rogue Nation was moved up five months to the summer from the Christmas season. 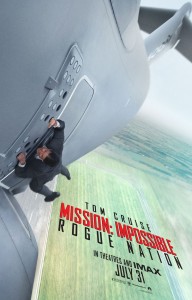 I gather they wanted to put it onto IMAX screens and decided it was prudent to get out of the way of the Star Wars: The Force Awakens juggernaut. I’m excited for this simply because the franchise has delivered time and again, and I’m all for Tom Cruise risking his life for my entertainment.

Since the unexpected world-conquering that Meryl Streep did in Mamma Mia back in 2008, she’s been a summer force to be reckoned with. She returns to the big screen in Ricki And The Flash, where she plays a former rock star, with a script by Diablo Cody, directed by Jonathan Demme. I’d be excited for any one of these three, but together? I’m totally psyched.

And, finally, I’ve been hearing good things about The Diary of a Teenage Girl, and the N.W.A. biopic Straight Outta Compton.

Check back here at the end of August and we’ll see how many of my assessments hit the mark, and where I’ve been proved wrong.

I’ll own it, either way.