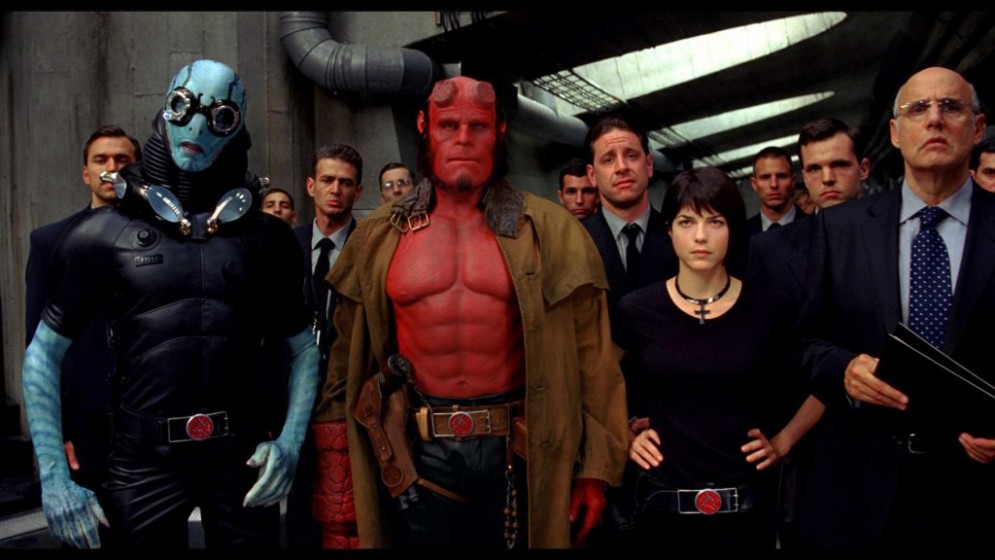 If you’ve trawled the nerdier corners of the Internet in the past week or so you can’t have missed Ron Perlman’s Twitter campaign to fan the flames for a third Hellboy movie.

The first two, Hellboy, and Hellboy 2: The Golden Army, are adaptations of Mike Mignola’s celebrated graphic novels, written and directed by Guillermo del Toro. They were released in 2004 and 2008, respectively. For those who aren’t familiar with the material, it’s the story of a demon (played by Mr Perlman), rescued as a devil child during a trans-dimensional breach back in World War II, and raised by a kindly, brilliant scientist, Trevor Bruttenholm (pronounced “Broom”, played by John Hurt). Later in life he becomes a supernatural agent of sorts for an FBI operation called The Bureau For Paranormal Research and Defence, along with pyrokinetic Liz Sherman (Selma Blair) and merman Abe Sapien (Doug Jones), all the while attempting to deny his grim destiny to usher in the end of the world with, as Nick Cave so aptly put it, his “Red Right Hand”. These are hard to movies to describe, but if you made a soup of The Lord of The Rings, X-Men, Harry Potter, Men In Black, Ghostbusters, Star Wars, and H.P. Lovecraft, you’d still need a host of bitter mutant herbs and sweet spices to achieve the flavour of this gumbo. They’re also totally steampunk. del Toro’s imagines a fully integrated and believable fantasy universe, and a lovely sense of character intimacy and humour amongst all the strangeness.

What’s especially cool is how the films are so different from the comics, and yet completely realized. Mignola’s comics are delightfully moody and understated, the hero so laconic and unperturbed, while Perlman’s HB is more crotchety and thick, and yet he still finds a way to inveigle his way into our hearts. And I love Selma Blair as Liz. Hellboy is a gothic romance at it’s core.

So. Now that I’ve laid out my affection for the material, here are a few very real reasons a studio should consider investing in it going forward:

Ms Blair is aboard:

And another Tweet from Doug Jones, Abe Sapien himself: Yes, he’s clearly a very busy man, but he’s gone on the record saying he wants to do this thing, that he has a concept. It’s just a matter of financing.

#3 Comic book heroes in the movies are huge:

When the first Hellboy movie arrived on the scene more than a decade ago, audiences weren’t as used to these bizarro fantasy creations in the mainstream as they are now. Audiences have proved they love this stuff. They’ll show up for it, especially now that they have a familiarity with the big red brand. Check out Guardians of the Galaxy, or Star Trek, or Twilight, or Avatar, all the exotic coupling. People are hot for unusual unions, even if it’s green-skinned and dangerous. It’s sexy!

#5 This could be a lot more than the conclusion of a franchise, it could be a new beginning:

Every studio wants a connected universe of features. As the comics have spun off with B.P.R.D., Abe Sapien, and Lobster Johnson titles, so could the movies. I’d watch a Liz Sherman movie/TV series any day of the week, and I know a host of other fantasy nerds who would, too.

HB loves the kitties. So does the Internet. Just sayin’.